Home Article Who Is Gwyneth Paltrow Dating? Inside Her Relationship History

Who Is Gwyneth Paltrow Dating? Inside Her Relationship History 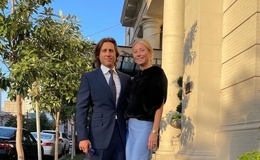 Gwyneth Paltrow is married to her second husband, Brad Falchuk: The Academy-winning actress shares two children with her ex-husband!

An actress and businesswoman, Gwyneth Paltrow is among those few stars who experienced success early in their career and spent the following decades living up to that pinnacle. Known for her roles in Seven, A Perfect Door, Emma, and The Royal Tenenbaums, Paltrow's career saw an inspiring shift when the actress founded her lifestyle brand Goop, reported to be a $250 million business today. The actress has also dabbled in fashion and audiobook narration.

Gwyneth Kate Paltrow was born on September 27, 1972, in Los Angeles, California, to Emmy-winning actress Blythe Danner and the late producer-director Bruce Paltrow. Coming from a powerful Hollywood family, Paltrow's talent and penchant for acting were endowed to her. The actress's venture and the ultimate success in the line were no less than predestined. At 50, Paltrow is happily married to her second husband, Brad Falchuk, and shares two kids with her ex-husband, Chris Martin.

Who Is Gwyneth Paltrow Married to?

Paltrow's career and her romantic ventures have received equal media attention right from the get-go. The Academy winner has romanced some big names in the industry and walked down the aisle with two of them. Currently, in the fourth year of her conjugal ties with director-producer Brad Falchuk, Gwyneth previously stated that the two are still in their honeymoon phase. "I'm really lucky I married Brad," the Goop founder says, adding, "there's just something about us." 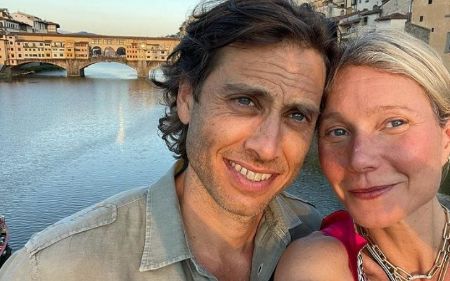 It all started when Paltrow made a guest appearance, which later turned into a recurring role, on Falchuk's Emmy-nominated Glee in 2010. Aside from their steamy relationship as described by the actress, the couple's perfect concoction for a happy relationship also includes similar backgrounds and life values. "We had similar enough backgrounds — a little bit Jewish, a little bit East Coast, her dad was a TV producer — and so we just sort of developed this really lovely friendship," Brad said.

Paltrow says she and Brad are still in their "honeymoon phase."

While it is only up to Paltrow and Falchuk's knowledge if they were attracted to each other from the beginning, the duo only started dating each other in 2014, after they had called it quits with their respective partners. The actress and producer couple had a year of low-profile dating bliss before going official with their relationship in 2015. What followed after the duo's relationship debut, Gushy comments, frequent romantic getaways, and more made them an Instagram favourite couple. 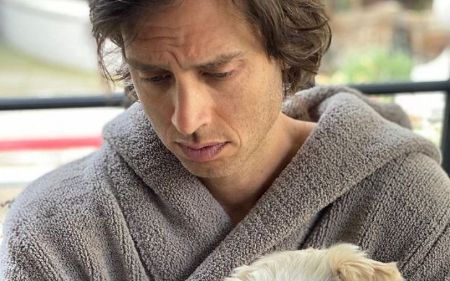 The Academy winner and the Emmy winner got engaged in November 2017 and tied the knot after almost a year on September 19, 2018. Paltrow later gave fans a peek into her private yet exorbitant Hampton wedding on the Goop site. "A perfect weather, a superlative dinner, a dance party for the ages, and a dress that defies adjectives. The day ended as it began — with beauty, love, and two very happy people," Goop's description of the couple's wedding read.

Paltrow and Brad haven't welcomed any kids of their own but are doting bonus parents to their kids from their previous marriages. "You're a spectacular stepmom, like, thank goodness for you," Falchuk says on his wife's podcast, The Goop Podcast. Paltrow has two kids from her first marriage, and Falchuk shares two with his ex-wife Suzanne Bukinik.

Falchuk is a 51-year-old writer, director, and producer. His most acclaimed work includes the multiple-awards-winning musical comedy-drama Glee, which he co-created with Ryan Murphy, the hit anthology series American Horror Story, and the critically-acclaimed Pose. Brad was married to Bukinik from 2002 to 2013.

Inside Gwyneth Paltrow's Past Relationships!

The Academy-winning actress was once married to the Cold Play vocalist Chris Martin. Paltrow met Chris a few weeks after her father's death in 2002 at a Cold Play concert. The actress was still processing her father, Bruce's death from throat cancer when the rumours of her and Martin's elopement started circling in November 2003. Within a month of the rumour's onset, the couple revealed they were expecting their first child. 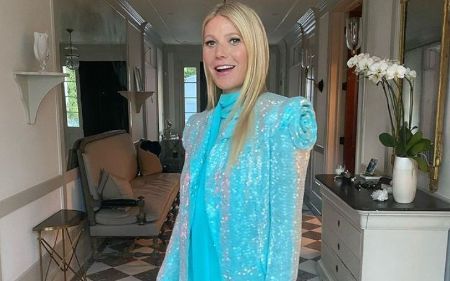 The Shallow Hall actress welcomed their firstborn, Apple Blythe Alison Martin, on May 14, 2004, and a son, Moses, in April 2006. While stepping into motherhood was both a milestone and gleeful feeling for the actress, Paltrow revealed the lows of the experience were as terrible. The Sliding Doors actress suffered from postpartum depression and spoke extensively about the struggle. "At my lowest, I was a robot. I just didn't feel anything. I had no maternal instincts for him — it was awful," Gwyneth said in an interview.

Paltrow and Martin announced their split and what they called "conscious uncoupling" in 2014. The Coldplay frontman is not the only A-lister Paltrow has been famously involved with. Gwyneth's earliest known celebrity boyfriend is actor Robert Sean Leonard, who she dated in the 90s. Who can forget Paltrow's relationship with actor Brad Pitt? The much-loved pair were even engaged briefly before calling it quits in 1997. "I'm so lucky that I spent time with Brad, somebody who was such a good person! Especially when I was, like, such a mess," the actress said about her relationship with Pitt. 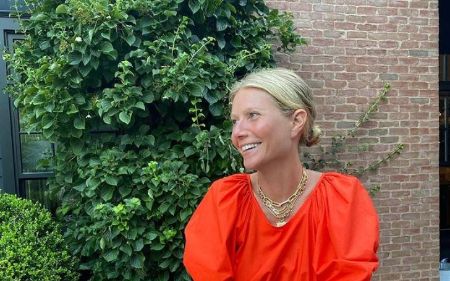