The entertainment industry's famous starlet and host of the top-rated talk show, The Ellen DeGeneres Show, Ellen DeGeneres is stepping on sixty years of her life and fans are showering her with all the wishes.

But the incredible surprises by her three famous best friends, Kristen Bell, Dax Shepard and Justin Timberlake made Ellen reach up on cloud nine. 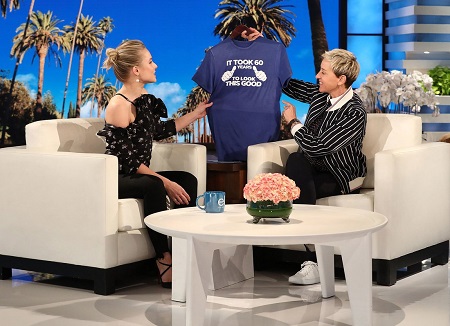 Kristen appeared on the birthday episode and she gifted her with a T-shirt with a cool print that read,

While Bell gave her a T-shirt, her husband, Dax Shepard had another surprise up his sleeves. Shepard made an original song for DeGeneres, pointing out reasons why at "she makes 60 looks so sexy."

He started off by saying,

"Happy birthday, Ellen. I can’t believe you’re turning 60 but I have to say 60 has never looked so sexy." 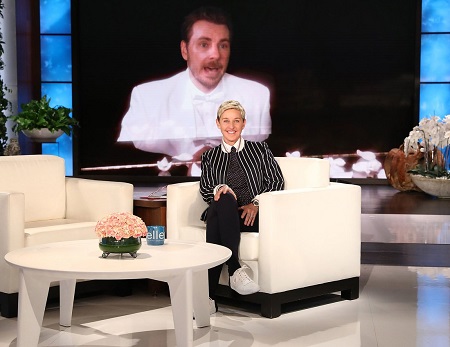 The Employee of the Month actor dressed up in a white tuxedo and a white tie and continued stating,

"Happy birthday, Ellen. I can’t believe you’re turning 60 but I have to say 60 has never looked so sexy. I know Portia [de Rossi]’s your girl, but if you were single and straight I’d rock your world.”

As the celebration continued, Ellen DeGeneres got another surprise from her famous friend, Justin Timberlake via satellite giving a special message to the birthday girl.

If 60 means getting surprised by @JustinTimberlake, count me in.

Justin who is rehearsing for the Super Bowl went live on Ellen show wishing her birthday wishes. He said,

"Hey baby. I'm rehearing for the Super Bowl, rehearsing for the tour. I'm so sorry I can't be there to kick off your birthday week.

You know I'd like to be there but I need to make sure we are great."

He then invited Ellen to come out on the show that he's rehearsing on. The Ellen DeGeneres Show airs on weekdays.