Harry Styles Sexually Assaulted on Stage by one of the audiences in the concert, Know in details with Pictures and videos.

One Direction heartthrob, Harry Styles was publicly assaulted as one of the audiences in the concert groped him while performing at Hollywood Bowl and the incident has grabbed attention all over the web.

And amidst this riot, Harry Styles fans are demanding proper action against this act of 'sexual assault'.

Harry was performing at We Can Survive concert to raise funds for breast cancer awareness and as he was about to end his song, Kiwi, Harry marched towards the front of the stage to get more attention from the crowd. 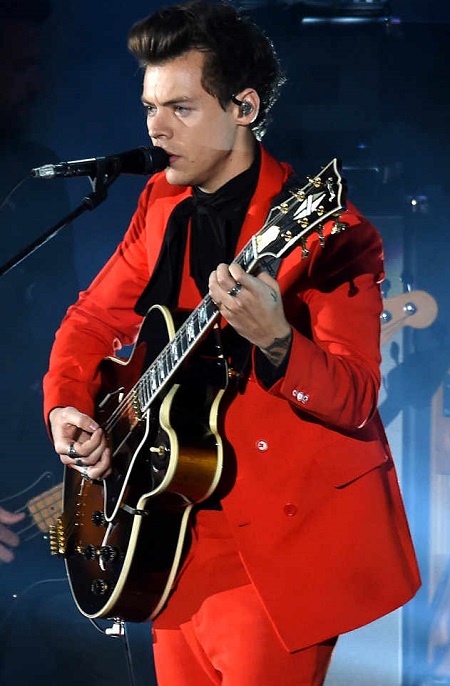 He was going with the flow, shaking arms, interacting with the public with his eyes closed. A number of fans in the front reached out to touch him among which an impulsive fan extended his hands and touched his crotch!!

Harry realized what just happened and he got up hastily and removed the hands of fans immediately as told by an eyewitness. The witness further stated,

"You can tell it freaked him out a little because as he continued performing, he avoided the section that fan was standing in."

Few fans captured the video on camera and now they are demanding respect for Harry Styles that has begun the hashtag, #RespectHarry Twitter trend.

The fans are really mad for such behavior saying that just because he 's man and has not spoken about it yet, doesn't mean it was ok, condemning the incident to be a "sexual assault."

Here are some of the Twitter reactions of the furious fans:

WTF!!! When your favorite artist is close to you, this does not justify you touching him in this way. #RespectHarry pic.twitter.com/0PdUGR6nN2

Grabbing Harry by his crotch is sexual assault. It’s wrong. Never ever touch someone like that. He’s human. Treat him like one.#RespectHarry

if you grab someone’s dick without their consent, it’s sexual assault. just because harry’s a male doesn’t mean he doesn’t have the same right as women. you must be absolutely disgusting if you think him kneeling in front of you calls for that. i’m disgusted. #respectharry

This incident has come more on the highlight in the wake of Harvey Weinstein scandal, in which more than 50 women have come out and confessed about alleged sexual abuse by the Oscar-winning producer.

The singer, however, hasn't made any comments about the groping incident.