Harvey Weinstein's Ex-Wives and Children: Everything to Know About the Disgraced Hollywood Mogul's Personal Life 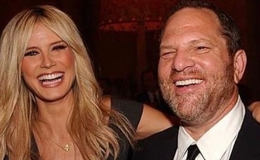 Everything to know about Harvey Weinstein's personal life: The disgraced Hollywood mogul has been married and divorced twice and has five children.

A former Hollywood film producer and mogul, Harvey Weinstein, founded the immensely successful and pioneering entertainment company Miramax, which operated as the most specialized distributor until its acquisition by The Walt Disney Company. Weinstein is credited with producing some of the most remarkable films in the history of cinema, including The Crying Game, Pulp Fiction, Heavenly Creatures, and his Oscar-winning Shakespeare in Love. But all of his glory is now buried deep under the piles of scandals and corruption.

Weinstein, 70, is a native of New York City. He and his brother, Bob Weinstein, were in their 20s when they founded Miramax, which went on to become an indie powerhouse. Harvey's fall from grace started amid the revolutionary #metoo movement when more than a dozen women accused the Oscar winner of rape and sexual assault. Some of his victims included female filmmakers who worked with Weinstein, including Julie Taymor. Since his incarceration in 2018, Weinstein has lost everything he had cemented so far, from his career and alliances to his married life.

The disgraced Hollywood producer is paying heavily for his decades of exploration of women. Weinstein mourns losing his beloved family, but more than that, his legacy in the film world. "I feel like the forgotten man," says the convicted offender in a new disturbing interview. Harvey and his last wife, designer/actress Georgia Champan were married for fourteen years. The duo's romance started at the heels of Weinstein's divorce from his first wife in 2004. 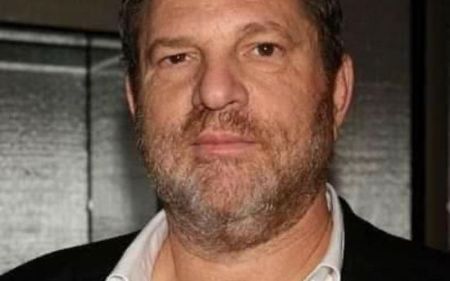 The Oscar-winning producer and Georgia tied the knot on 15 December 2007 in Connecticut, US, and went on to welcome two kids, daughter India, 10, and son Dashiell, 8. From their dating bliss in 2004 to their split and inevitable downfall in 2018, the duo remained low-profile. Chapman was a renowned designer with a high clientele in the film industry, but to the world, she was known as the mogul's wife. So, naturally, when Weinstein's years of misdeeds came back to him in the form of various sexual charges, no one comprehended Chapman's zero involvement or knowledge of it.

But the 46-year-old English designer claimed she was as shocked as any other person in the dark. Chapman announced her split from Weinstein shortly after the former producer was accused of rape and molestation in 2014. "My heart breaks for all the women who have suffered tremendous pain because of these unforgivable actions. I have chosen to leave my husband. Caring for my young children is my first priority," Georgia said in her statement. 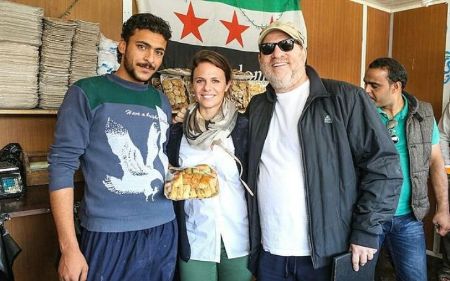 Georgia Chapman left Weinstein after the scandal in 2017. SOURCE: Instagram

The estranged pair's divorce was finalized in July 2021, with Georgia winning the custody of their young children. Harvey had to pay his ex-wife $15 to $20 million in the settlement. The Miramax founder later revealed he and Georgia together took the decision to split and that Chapman did what was in the best interest of their children. "I understand, I love her, and I love our children, and hopefully, when I am better, I will be in their lives again," Said Harvey, who was recently convicted of rape and two sexual assault charges after his first trial conviction in 2020. 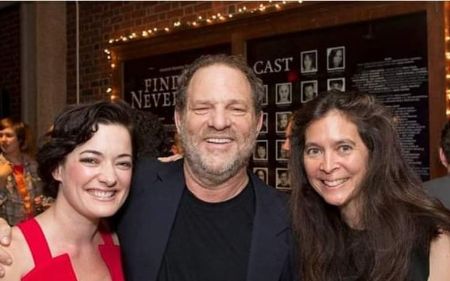 Weinstein's ex-wife Chapman is a native of Hammersmith, London. Chapman co-founded the celebrity favorite fashion label Marchesa with her friend Keren Craig. Although better known for her work in the fashion industry, Chapman was an aspiring actress at one time and has credits in several films like Gossip Girl, Bride, and Prejudice, The Nanny Diaries, and Match Point. Chapman has been dating Oscar winner Adrien Brody since 2020.

Weinstein was at the outset of creating the entertainment giant Miramax when he and his then-assistant Eve Chilton entered a romantic relationship. The pair tied the knot in 1987 and welcomed three daughters, Lily, 27, Emma, 24, and Ruth, 20. Not much is known about the Oscar winner's first marriage as it happened before his rise to prominence. Harvey and Chilton were married for sixteen years until their divorce in 2004. 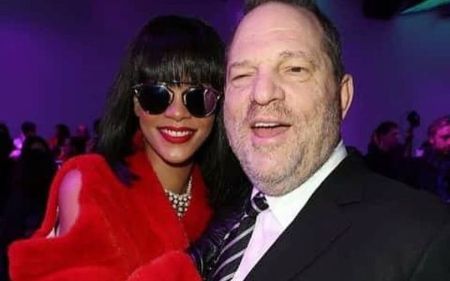 Harvey has been found guilty of rape and assault after his first conviction in 2020. SOURCE: Instagram

Harvey's first ex-wife reportedly comes from an affluent background. Although the pair kept their personal life away from the media's glare, Chilton was often spotted aside from her mogul husband, often accompanying him on red carpets and glitzy, star-studded events, which encouraged the press to reckon Chilton as a quiet, submissive housewife. After the duo's divorce in 2004, Eve married Sal Martirano and completely disappeared from the public eye.

Weinstein's ex-wives refused to vouch for the disgraced producer!

Weinstein's marriage with Chilton came to the surface amid the producer's rape and assault scandal in 2018. It wasn't long before the world started digging into the convicted offender's personal life and relationship with his ex-wives. It is unknown how much Eve made from her divorce from the mogul, but the former assistant reportedly gained possession of their 5,500 square-foot apartment at 88 Central Park West, which she later sold for $23 million.