Home Article Here is All the Details About Idris Elba’s Second Wife Sonya Nicole Hamlin, Detail About their Married Life

Here is All the Details About Idris Elba’s Second Wife Sonya Nicole Hamlin, Detail About their Married Life 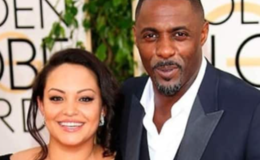 Idris Elba is an actor who hails from England. He is most recognized for his appearances as Nelson Mandela in the biographical film Mandela: Long Walk to Freedom and Stringer Bell in the HBO series The Wire. Other notable roles include DCI John Luther in the BBC One series Luther.

At the Kittle Wedding Chapel in Las Vegas on April 9, 2006, Idris Elba and Sonya Nicole Hamlin exchanged their vows in front of family and friends. As per Buzz Nigeria, they did not invite any of their relatives or close friends during the marriage ceremony. 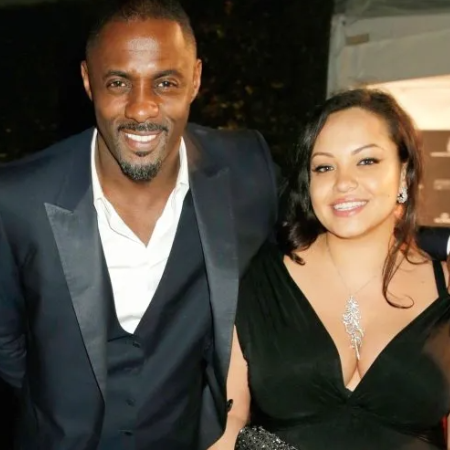 At the Kittle Wedding Chapel in Las Vegas on April 9, 2006, Idris Elba and Sonya Nicole Hamlin exchanged their vows in front of family and friends. SOURCE: thecelebinfo

The couple went all the way to Las Vegas to see the boxing battle between Floyd Mayweather Jr. and Zab Judah, and while they were there, they made the spontaneous decision to be married. About this topic, she stated, "We did not go to Vegas with the intention of getting married. Early in the day, we were doing nothing more than lounging on sun loungers by the pool. We were both laughing and having a good time while talking while I was enjoying a Mimosa."

Hamlin continued, saying, "We had already been together for a few months, and we knew it was the correct decision. At that point, we were both head over heels in love with one other, and we said, Let's just do it! Both of us shared the same joy. Both parties agreed upon it." Following that, the lovebirds went to a jewelry store to select an engagement ring, and then they went to a chapel to exchange their vows.

Sonya filed for divorce in June of the same year. The couple had been married for only two months at the time. It is generally accepted that physical distance was the primary factor in their breakup. While Sonya was busy with her law career in Maryland at the time, Idris was looking for a position in Hollywood, California. Because of this, the newlyweds could not find a balance in their coordination, ultimately leading to their relationship's end.

How Did The Couple First Get To Know One Another?

In 2006, Sonya Nicole Hamlin and her future husband, Idris Elba, were put in contact with one another for the very first time by a third party who was a mutual acquaintance of both of them. The moment the two locked eyes, they experienced a connection almost immediately. 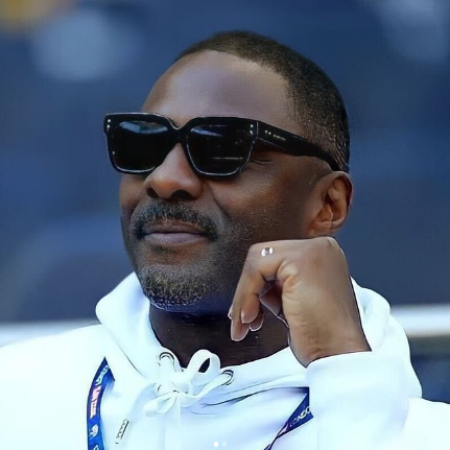 In 2006, Sonya Nicole Hamlin and her future husband, Idris Elba, were put in contact with one another for the very first time by a third party who was a mutual acquaintance of both of them. SOURCE: Instagram

Hamlin recalled when they discussed their initial encounter with one another, "We met at a packed party with a few other people, but we hit it off. But we hit it off. We had a great deal of compatibility. We both don't suffer from social anxiety, which may have contributed to our rapid attraction to one another."

After spending some time together, the pair realized that they had a lot in common with one another and began to take pleasure in each other's presence. Because of this, the pair married the same year they started dating.

Idris Elba has been married three times, initially to Hanne "Kim" Nørgaard (from 1999 to 2003), then Sonya Nicole Hamlin, and finally to his present wife, Sabrina Dhowre. Elba is a father to two kids, a daughter named Isan with Nørgaard and a son with his ex-girlfriend Naiyana Garth. 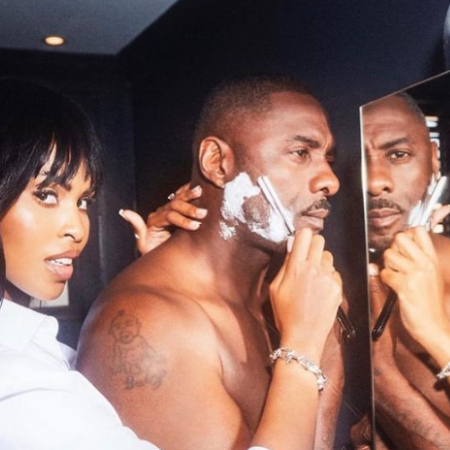 Idris Elba has been married three times, initially to Hanne "Kim" Nørgaard (from 1999 to 2003), then Sonya Nicole Hamlin, and finally to his present wife, Sabrina Dhowre. SOURCE: Instagram

Early in 2017, Elba had a romantic relationship with the Somali-Canadian model Dhowre. They announced their engagement on February 10, 2018. They tied the knot on April 26, 2019, in Marrakesh.

Amidst the epidemic, Elba revealed on March 16, 2020, that both he and his wife had tested positive for COVID-19. During the period in which he was required to be in quarantine, he revealed that he had always had asthma, which placed him in the high-risk category for the disease.

On September 6, 1972, Idris Elba was born in the London Borough of Hackney. His parents are Eve, a Ghanaian, and Winston Elba, a Sierra Leonean Creole who worked at the Ford Dagenham plant. His parents married in Sierra Leone and then migrated to London after their wedding. 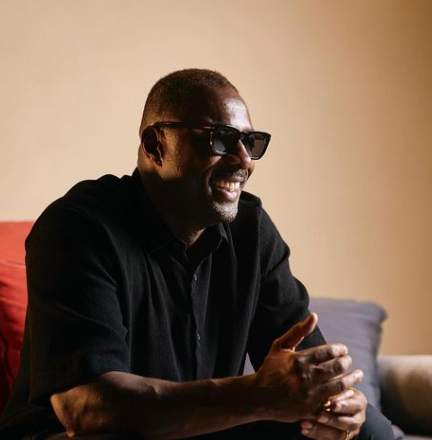 On September 6, 1972, Idris Elba was born in the London Borough of Hackney. SOURCE: Instagram

After seeing an advertisement for a play in The Stage, Elba decided to audition for the role, and while he was doing so, he was introduced to his first agent. He credits The Stage with giving him his first significant break. In 1986, Idris started assisting his uncle with the DJ business that he owned, and within a year, he started his DJ firm with some of his friends.

After finishing Barking and Dagenham College in 1988, Idris was awarded a seat in the National Youth Music Theatre by the Prince's Trust, which provided him with a stipend of £1,500. Elba only attended college for a short period.

In the early stages of his career, when Elba was transitioning between tasks, he supported himself by working various odd jobs, such as fixing tyres, making cold calls, and working night hours at Ford Dagenham. During his teenage years, he worked as a DJ under the alias Big Driis, but in his early twenties, he started trying out for roles on television. He used to perform at nightclubs.