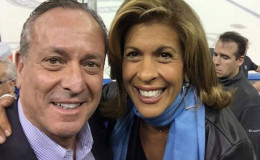 Hoda Kotb, the veteran tv journalist, recently celebrated 4-years together with her boyfriend Joel Schiffman. They shared a cute snap on their Instagram account, together with their three-year-old daughter.

After her divorce with then-husband Burzis Kanga, Hoda for once thought, she'll never see the light of the day but her boyfriend and daughter have made it possible for her to see joy and happiness.

Hoda and Joel started dating in June 2013 after getting to know each other through a mutual friend. Although at first, they decided to keep their relationship a big secret. 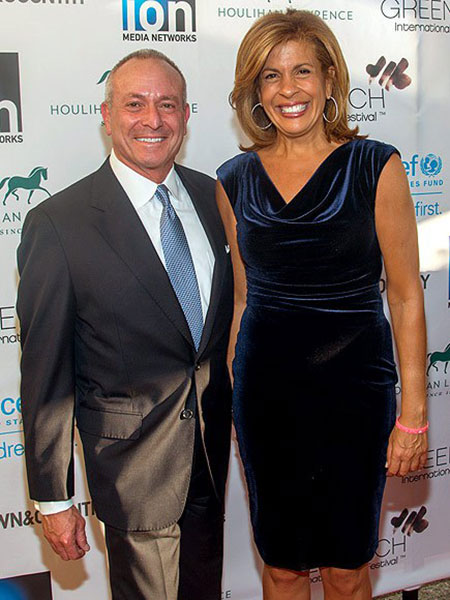 Hoda and Joel started dating in early 2013 and they're inseparable ever since, Source: People

During her show Today's Show, Hoda was pretty excited about her new profound love with Joel and she stated in front of live tv,

And later she disclosed her relationship with New York financier. The pair hasn't exchanged any rings yet nor do they revealed any plans for their future marriage.

Yesterday, the duo celebrated the 4th anniversary of their relationship along with adopted daughter Haley Joy. Hoda took to Instagram and posted an adorable snap of the lovebirds snuggling up to their new member.

4 years together and getting better every day

She captioned the image, '4 years together and getting better every day.'

The pair persevered through every problem that posed as a hindrance for them and look where they are right now.

Her previous marriage to University of New Orleans tennis coach Burzis Kanga in 2005. The couple separated after two years in 2007. 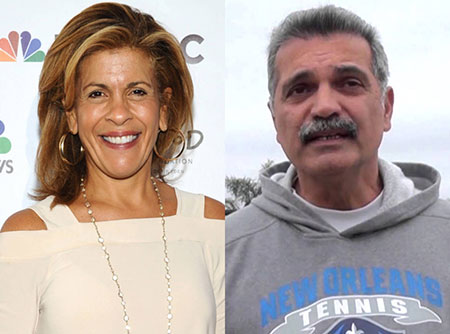 After her marriage ended, she started going out with Lawyer Jay Blumenkopf. But after Hoda decided to take her relationship to the next level, her beau wasn't ready for marriage and dumped her.

The main problem they faced was Hoda not able to conceive a child of her own due to complications from her breast cancer treatment decade ago. 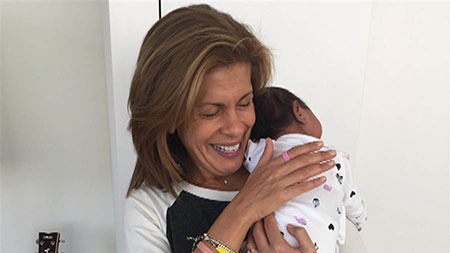 Hoda adopted a baby girl earlier this year after not able to conceive a child of her own, Source: Today Show

Talking about the adoption, she divulged,

“I was afraid to even say it out loud, because then it felt so real.”

“I said, ‘Think about it for a day or a week or whatever,’ ” she explained. “And he said, ‘I don’t need a day. Let’s get this journey going.’ At that point I blubbered like a baby. It was like the dam burst.”

After her boyfriend accepted the adoption, she together with a licensed New York adoption agency, started the process of adopting her first daughter.

Within a month of the process, they welcomed home a baby girl, born February 14th, at their residence in New York. Talking about her wish to become a mother, she divulged,

“One of the things in my life I’ve always wanted was to be a mom. Sometimes in your life, things just don’t work out for whatever reason, so you say, ‘Well, I wasn’t meant to have that.’ But it was really hard to come to terms with it.”

But looks like she accepted her problem and now the 52-years-old Today journalist is happy with her daughter and boyfriend. 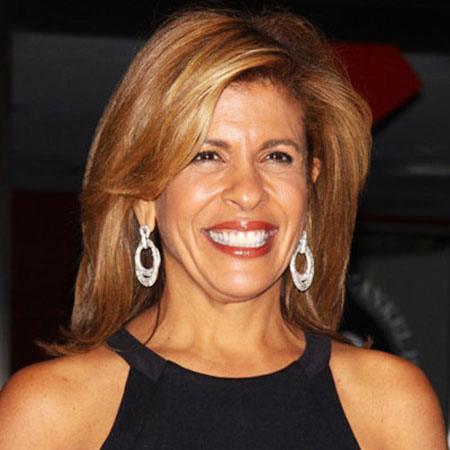