Hollywood Actress Kelly Monaco Was Married Relationship with Mike Gonzalez? Is She Now Dating Anyone? 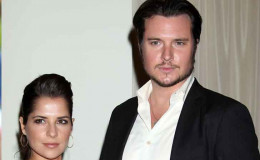 Winning the very first season of Dancing With The Stars and becoming the Playmate of the Month, Kelly Monaco has achieved a good taste of success with her modeling as well as her acting career.

Following her end with 18 years of relationship with high school sweetheart Mike Gonzalez, she has maintained massive secrecy in her love life but has left some clue around her love life to the public.

Rumored to have dated her General Hospital co-star Billy Miller, Monaco was spotted spending some quality time with her co-star back in days.

Are they still dating or the real-life love chapter of the two has already ended? Wanna know about her love life in detail? Check out the article below!!

Kelly Monaco Rumored To Be Dating Her Co-Star From General Hospital Billy Miller, True At All??

Kelly Monaco seems to be having a cozy time with her co-star Billy Miller!

General Hospital star Kelly Monaco has well managed to keep her life private but does leave some clues around about her romantic life. The 42-years-old beauty is assumed to be linked to her co-star Billy. 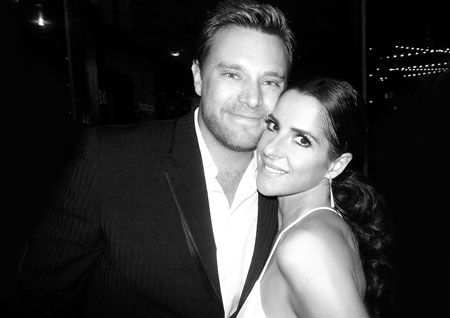 Kelly Monaco is rumored to be dating her co-star Billy Miller
Source: ABCSoapDepth

Speculations about their dating life went viral when they were spotted spending some quality time in Malibu beach in July 2015. Monaco was seen in a bikini playing in the water with her co-star. Sources say that there were many of their friends present at the beach but she chooses to be with Miller.

The couple portrays the character of husband and wife on the show so well we can assume that the couple began their romantic life from the show. Though we cannot say straight that the assumed couple is still together or they might have never even dated in real life as it has never been confirmed by them.

Monaco is active on her Instagram and has uploaded plenty of pictures with her co-star.

I might be small but ... #BeMIGHTY #choosekindness #gh #shirtswap #killy (this time he stole my shirt)

During the end of 2016, she was rumored to be pregnant with Billy's child but what people didn't know at the time was that she had to act pregnant on the 2016 season of General Hospital.

Don't Miss: Is Tamara Braun Dating someone? Who is her Boyfriend? See her Affairs and her Career as an Actress here

The actress has not been spotted with her co-star these days so we cannot confirm whether they are still dating but let us hope we hear some detailed news about her love life pretty soon.

Monaco and Miller celebrated their anniversaries at General Hospital on 1st October 2018. It's the matter of surprise that they made their debuts on the same day, still, years matters a lot. Monaco has crossed 15 years in the show while it is 4 years for Miller.

Kelly Monaco Was Said To Have Married Her HighSchool Sweetheart, Who Else Has She Linked With?

Monaco also had some pretty romantic life back in days. The actress has been rumored to be with some stars and even was said to be a married woman.

People were all talks about her and her dance partner Val Chmerkovskiy on the show Dancing with the Stars thanks to their indisputable chemistry on the dance floor during 2012 season.

The couple was spotted several times outside the set. One time the professional dancer displayed it up to the photographers pulling Monaco for a passionate embrace. 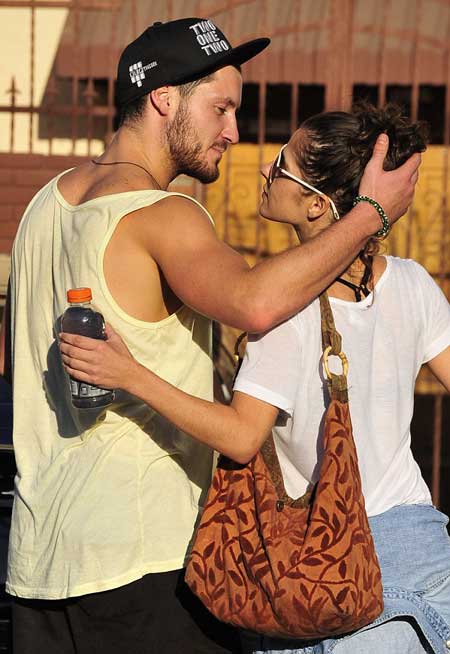 Kelly and Val were rumored to have dated during the 2012 season of the show
Source: DailyMail

Some sources also revealed in a statement,

"The vibe between them is hot. They have not crossed the friendship line just yet. They’re very, very flirty with each other in rehearsal. Everyone’s talking about, I can tell you that much. They have a good time.”

Some reports also claimed that they were spotted putting a flirty show on 2012. Assumed to have dated for a short period, they were not spotted together after a while so it was assumed that they broke up.

Before Val, she was rumored to have dated actor Heath Freeman for about a year since 2010. InTouch reported that she broke up with Freeman just to date her dance partner. 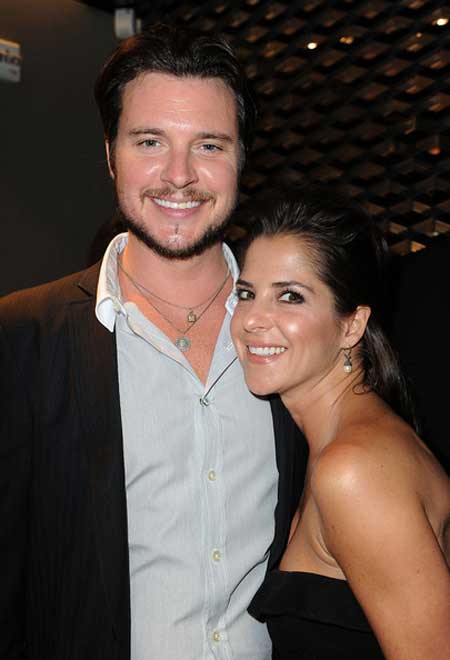 Kelly and Heath dated for a year in 2010
Source: Zimbio

Her dating list does not just end here. She was in a longterm relationship with her high school love Mike Gonzalez. Reports claim that both attended the same college and even were at work together at a local resort as lifeguards. 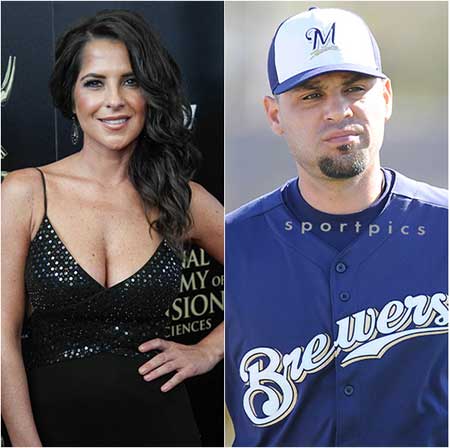 Kelly and Mike were high school lovers and dated for over 18 years
Source: SDTeenCourt

The former couple was said to be together for around eighteen years. They first started dating in 1991. Their relationship was going pretty strong since their high school and even decided to tie the knot.

Their relationship took a whole different turn as they decided to split in 2009 after dating for more than 18 years. 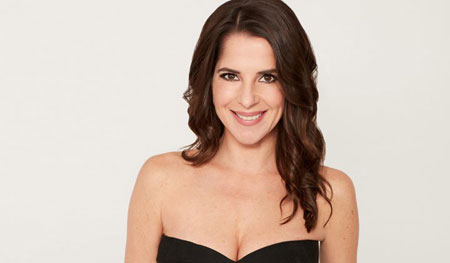