Home Article Is Howard Stern Married? Everything to Know Here!

Is Howard Stern Married? Everything to Know Here! 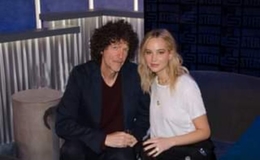 Radio personality Howard Stern has been married twice and has three children from his first marriage: Learn the complete story here!

The self-proclaimed "King of all media" boasts a successful media career and a thriving family life. Standing true to the adopted title, Howard Stern continues to be the biggest name in the broadcasting industry. Stern started to refer to himself as the king of all media after signing the most lucrative radio deal with SiriusXM for the inception of his popular radio show, The Howard Stern Show, where he has interviewed some of the most prominent figures in the world.

Howard Allan Stern, 68, is a radio and television personality. In addition, Stern also has a stellar career as a comedian and author. But when Stern is not interviewing elite personalities on his shows, the jock is tending to his beautiful wife. The shock jock has been married twice and shares three daughters with his ex-wife Alison Berns.

Stern is happily married to his wife of nearly fifteen years, Beth stern. But, it was only after one failed marriage and several breakups that the radio jock found his life-long partner. Known for his highly polarizing comments and nasty feuds with celebrities, including Kathie Lee Gifford, Jay Leno, Robin Williams, and Wendy Williams, Stern might not come off as an ideal husband, but as per his wife, the jock is a deeply committed man. 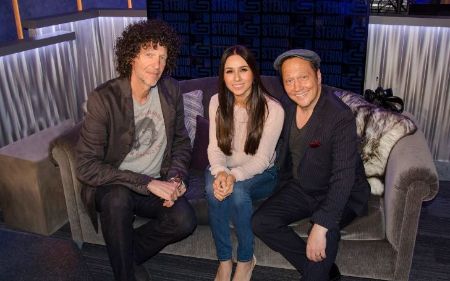 Howard is known as the "king of all media." SOURCE: Facebook

After his dissolved marriage, which Stern describes as a big failure, Stern was hell-bent on not venturing into marriage again, but all changed when he met Beth Ostrosky in 2000. The pair were at a mutual friend's party when Beth, who was on a date with an "obnoxious man," approached Stern. "You've got the most beautiful eyes," Beth recalls saying to a sullen Howard, who was then equally enchanted by Beth's nonchalance.

The shock jock and Beth confirmed their relationship in 2001 and went on to enjoy seven-year-long of dating bliss before announcing their engagement on his radio show on 2007 Valentine's Day. The pair tied the knot at Le Cirque restaurant in New York City on October 3, 2008. Despite being married for over a decade, the couple hasn't had any kids. 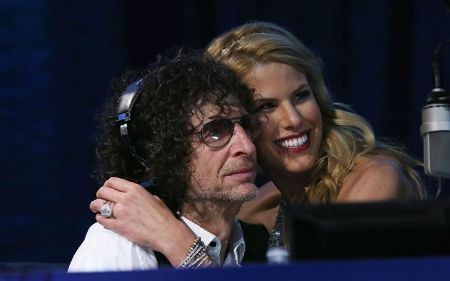 Stern and Beth have been married for more than a decade. SOURCE: Facebook

"I do not have the energy for children," said Howard, who is a doting father to three daughters from his first marriage. The radio host adds, "I told Beth, 'If you want to have children, you're barking up the wrong tree." while fans may see Beth as a subjugated wife, Beth has also made her stance clear on the matter. "We really talked about it and considered it last year and the year before, but I think we're really fine without children," Beth said in an interview. 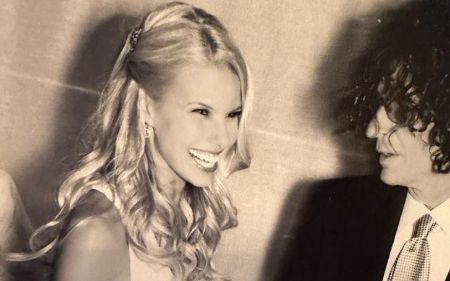 Also, looking at the relatively recent course of their life, Stern and Beth seem to be as content and happy as spouses can get. The Howard Stern Show host raised the bar when he proposed to Beth for the second time on Jimmy Kimmel Live in 2019. "Darling, you know, you have given me the best years of my life. I love you so much," Stern said while holding Beth's hand. He adds, "I'm gonna say to you now, in front of all of my best friends, my sweet love, will you marry me again?"

Married to the biggest personality in the radio and broadcasting line, Beth may appear as a trophy wife to some at first look, but the truth is, her career has been as stellar and even righteous. A star in her own right, Beth Ostrosky Stern is an actress, author, model, and animal-rights activist. Beth kicked off her acting career in 1996 with the Ben Stiller starrer Flirting with Disaster. 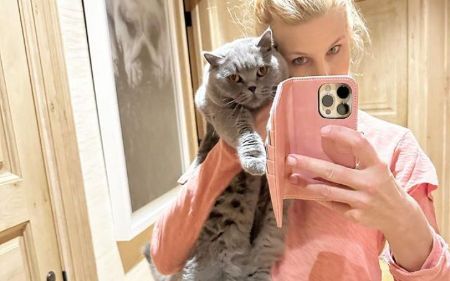 She later delved into modeling with several gigs and even appeared in many calendar magazines. Beth's other credits include Whipped, Filter, Casino Cinema, and Kitten Bowl. An avid animal activist, Beth has gotten her famous husband involved in the noble cause. The pair have rescued a myriad of cats through the years and even have a dedicated space in their mansion for their fostered felines.

The jock was first married to his college sweetheart Alison Berns. Within a week of knowing Berns, Howard recalls he knew he was going to marry her. The duo tied the knot at the young age of 24 at Temple Ohabei Shalom in Brookline, Massachusetts, on June 4, 1974. As much as Stern wanted the marriage to work, given that the jock looked up to his parents' lasting relationship as a model for himself, fate had other plans.

Howard was first married to his college sweetheart Alison Berns!

After nearly twenty-five years as spouses and parents of three, the pair split ways in October 1999. "Divorce was so theoretical to me because no one in my family had really been divorced," the jock said in an interview. Howard adds, "I was with my ex-wife since college, so it felt like such a failure."

Stern and Berns' three daughters, Ashley, 29, Emily, 39, and Deborah, 36, have been in the constant spotlight throughout their life. The 68-year-old jock's oldest, Emily, is a singer, actress, and artist. Stern's secondborn, Deborah, is a former actress and is now an independent education consultant. Little is known about Stern's youngest, Ashley, who likes to keep it to herself.