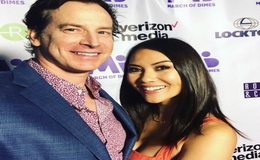 Better late than ever, Rob Huebel married in his late forties. But, at least the actor was fortunate enough to find his perfect match.

Speaking of which, Huebel shares a happily married life with the true love of his life, Holly Hannula, the former tv anchor for KNBC.

Rob Huebel Got Hitched In 2016

Although Rob Huebel and his girlfriend turned wife keeps their relationship away from the prying eyes of the public, it's, however, learned that the couple tied the knot on the beautiful day of Jan 31st, 2015 after briefly dating for years. Rob's wife, was the first to share the exciting news on social media. 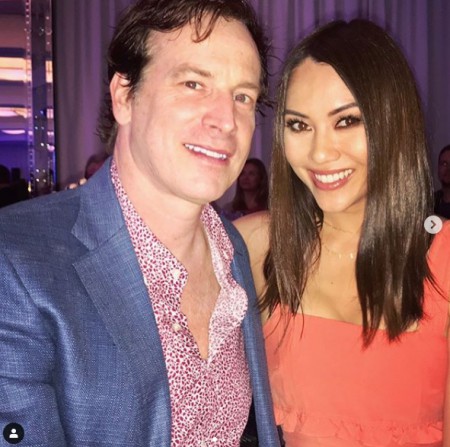 Impressively, the couple didn't opt for any fancy location for their special day. If anywhere, Heubel and Hannula decided to exchange their marital vows in the middle of a desert. As the Human Giant presenter looked handsome in a black tuxedo, his partner made a pretty bride in a fish tale wedding gown accompanied by a beautiful veil. 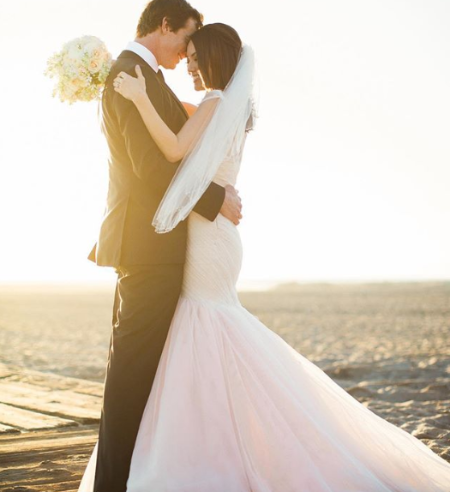 And, every year on the occasion of the anniversary of their wedding, Hannula always makes sure to share beautiful snaps from their special day on Instagram. And, within the year of being married, Holly and her husband didn't only become a husband and a wife, but also parents to a beautiful daughter.

The birth of their daughter, who they beautifully named Holden Huebel, sadly, wasn't easy, though. As a matter of fact, she was born prematurely at twenty-six weeks.

Huebel & Hannula's Risky Birth; No Less Than A Miracle

On 28th Septemeber 2016, both Huebel and Hannula experienced one of the frightening as well as the happiest days of their life. Of course, it was the day, Holly gave birth to her beloved child and finally embraced her in her arms. Unfortunately, Holly came into their world two months earlier, which is indeed a scary concern for any parents to be couples. 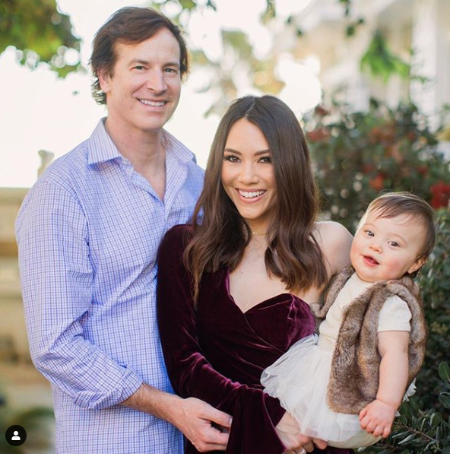 To get straight to the point, the day Holden was born, the brunette beauty suddenly started bleeding whilst the couple was shopping at a mall. Immediately rushing to the hospital, Holly was advised by the doctors to stay at home until the time of the baby's delivery.

But, before the couple could come to make the right decision, Holly started to suffer from contraction. And, somehow the next thing their destiny unfolded was the beautiful sight of their infant who weighed only 1 Ib and 15 oz. But, to Holly, she was perfect.

Then came the much harder part for the couple as Holden had to stay ar Cedars Sinai's NICU for the next 117 days. Not to mention, for the next fourteen days, the newly-parents were also forbidden to hold their own child. The matter frustrated Rob and Holly so much that they even considered jailbreaking their baby from the hospital. But, they later went against it.

Five months later, Holden grew up healthily weighing more than 40 Ibs. Now, she is the apple of her parents' eyes. And, also importantly, going through the whole emotional processes, it brought Huebel and Hannula even closer.

Meanwhile, Holly isn't the only woman her baby father has been romantically linked to.

Before fate united the sketch comedian with her wife, one of the other women in Huebel's life included the fellow comedian and actress, the beautiful Sarah Silverman, prominent for her roles in films such as School of Rock, Wreck-It Ralph, A Million Ways to Die in the West, and I Smile Back.

Sarah and Huebel began dating in September 2009, nearly a decade ago, after the author of The Bedwetter broke up from her then-boyfriend, tv-host Jimmy Kimmel, whom she dated for nearly five years from 2003 till 2008. 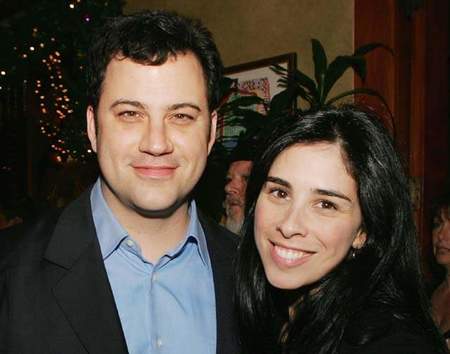 Rob and Sarah, however, denied they ever dated and claimed they were only friends. But, it didn't matter when their chemistry and friendship didn't last long. Sarah then dated producer and writer, Alec Sulkin.

Whatsoever, Huebel has been lucky to be in love with the woman he was meant to be. After all, he even has a sweet family of three. And, what more does he need, right?