If you think love can actually exist without marriage, no doubt, you people are absolutely right. Ilyne Nash and her long-time boyfriend Dez Bryant are true examples of the fact.

When we normally talk about a long-lasting relationship, how can we miss Ilyne Nash and Dallas Cowboys boyfriend Dez Bryant? Despite some issues in their love life in the past, they have managed to be together through everything and we consider that's the key to have a healthy relationship and an everlasting marriage.

The powerhouse couple is living happily for years with two adorable kids. Let's get exclusive details about them right here.

Dallas Cowboys rookie Dez Bryant and Ilyne Nash have been dating one another for a long time now.

Nash strongly supports her beau, Bryant throughout his games and Bryant is lucky to have someone next to him like Nash who's always loving, caring and supporting him. 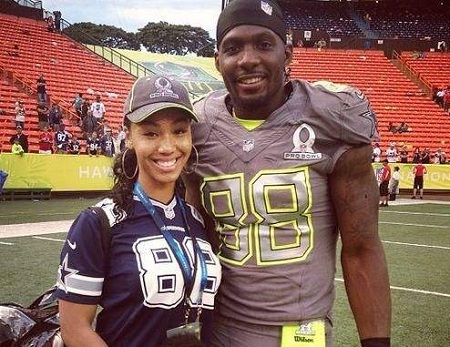 Apart from her lovely relationship, she is also the mother of two of the Pro Bowler's children; Dez Bryant Jr. and Isabella Rose Bryant.

Reportedly, Bryant has another son, Zayne Bryant, from his previous relationship. 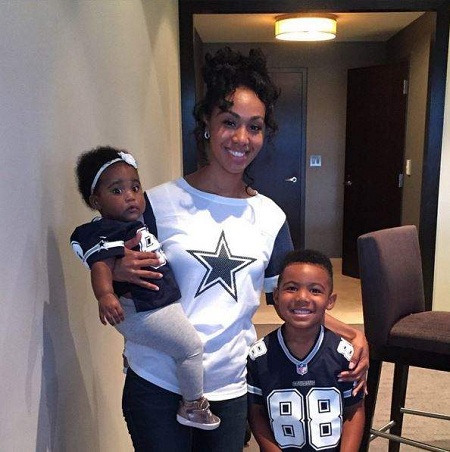 Though Nash is not active on Instagram, she once posted an image with her beau with the caption,

'I’ve seen this man get drafted… Awarded…& honored..through the good and the bad he’s been an inspiration and supported me through my journey now I’ve had the opportunity to share my accomplishment with him. #blessed'

We simply think that the two have an amazing family life; Are they still together?

Nash and Bryant haven't been active on social media recently which is creating rumors that the pair might have split.

The American Football Wide Receiver, however, never misses sharing some amazing posts with his kids on Instagram.

I can tell by his face he ready!... he got daddy ready!!! #DBJRX Ball out monster @jumpman23

The duo neither called it quits officially nor they have surprised us with their wedding news. Let's wait and watch what goes the next for this secretive couple!

His girlfriend Nash is a University of Texas graduate. She received a BA in Speech-Language Pathology.

Ilyne Nash's Past Affairs and Relationships

Ilyne Nash might sure have tons of past affairs but the details are still under the wraps.

Though she's low-key regarding her personal affair, her boyfriend repeatedly falls in some sorts of controversies.

Some sources say that the Dallas Cowboy was dating both Ilyne Nash and Briana Hooks around the same time. 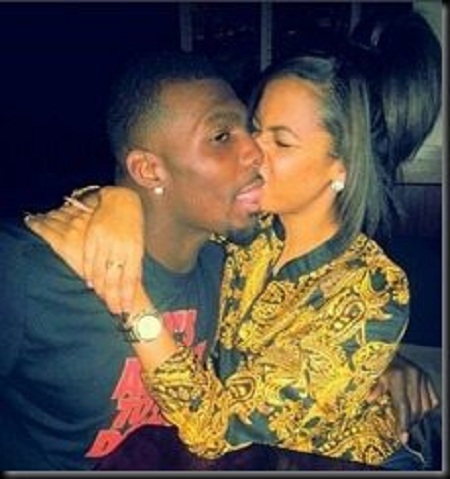 Reports, however, suggest that the two are no more a couple.

In addition, Bryant was also rumored to be dating rapper Trina as the images of the two at a club getting cozy broke into social media.

"There is no truth to the rumors that Dez Bryant is dating rapper Trina. Dez is very much in love with long-time partner, Ilyne Nash, with whom he is looking forward to building a home."

"Additionally, as a proud new father of Dez Bryant Jr., it is important for him to defend the bond within his family."

Though Nash and Bryant are one of the inspirational couples in the town for many years, we wonder are they still the hot couple or not? 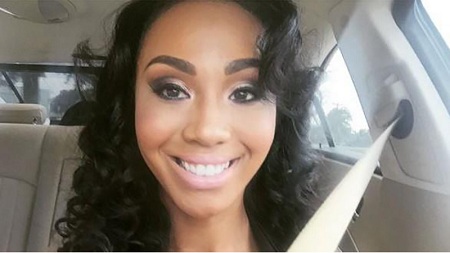