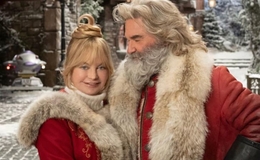 Kurt Russel and Goldie Hawn have been together for over three decades: The duo share a son and have children from their previous marriages!

Known for his extensive credits in television and mainstream films, Kurt Russell is an Emmy-nominated actor. Some of Kurt's best-known credits are the sci-fi comedy film The Computer Wore Tennis Shoes, The Barefoot Executive, The New Land, Used Cars, Escape From New York, and Tombstone. Russell also dabbled in baseball, taking after his father, Bing Russell, who was also an actor and baseball player. The veteran actor is also widely known for his atypical Hollywood love story. Russel's romance with Goldie Hawn spans over three decades, and the pair are still going strong.

Russel's longtime partner, Hawn, is an actress, dancer, producer, and singer. Hawn is most notably regarded for her Oscar-winning role as Toni Simmons in the 1969 film Cactus Flower. Hawn's rise to stardom was a subsequent journey as the actress evolved to become the "It girl." of the 1960s with each show, starting from Good Morning World, Rowan & Martin's Laugh-In, Castus Flower, and There's a Girl in My Soup. Ahead is the complete deets on Russell and Hawn's iconic relationship.

Despite being together for thirty-eight years, Russell and Goldie have never felt the need to elevate their romance to marriage. "I would have been long divorced if I'd been married," Hawn explains as she responds to the long-posed question about her marriage plans with The Barefoot Executive actor. The Academy winner adds, "there's something psychological about not being married because it gives you the freedom to make decisions one way or the other. For me, I chose to stay. Kurt chose to stay, and we like the choice." 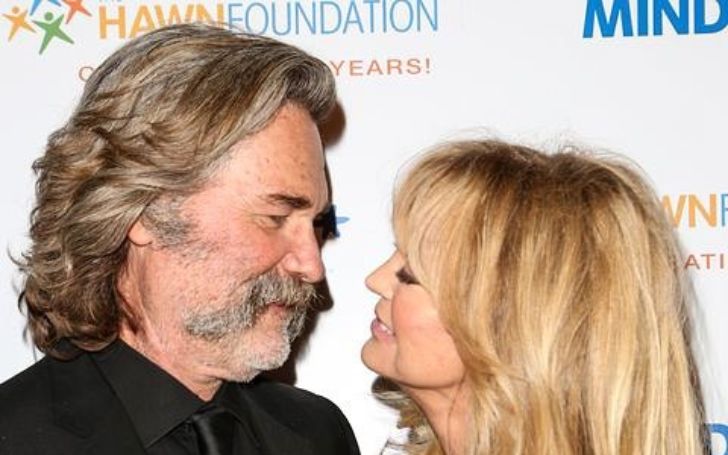 Kurt and Hawn have been together for over thirty years. SOURCE: Instagram

Russell and Hawn first crossed paths on the sets of The One and Only, Genuine, Original Family Band in 1966. It was eighteen more years till the duo's next onscreen appearance in the 1984 film Swing Shift when the actors were paired as a prospective couple. Russell and his then-co-star had their first date at The Playboy Club, and it was a done deal. The couple continued their career and dating bliss as the years went on- no drama, no glitzy headliners. 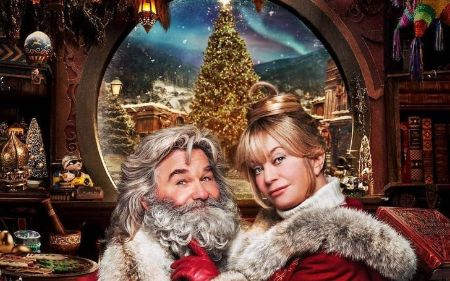 The couple last starred in The Christmas Chronicles 2. SOURCE: Instagram

In 1986, Russell and Hawn welcomed their son Wyatt Russell, who is a connecting dot between the duo's blended family as both Kurt and Hawn share children with their previous partners. Throughout their decades-long relationship as one of the most adored Hollywood couples, the twosome had many iconic moments that kept their chemistry firmly etched in fans' hearts. Russell and Goldie teamed up to present the Oscar in 1989; the duo posed stylishly as they received their well-deserved Hollywood Walk of Fame during a dual ceremony in 2017.

Russell and Goldie reflect on their decades-long romance!

The couple last starred as Mr. and Mrs Claus in the comedy film sequel The Christmas Chronicles 2 in 2018. While Russell and Hawn still have a thriving footing in the show business, the duo concur that work can't and should never come above family for one to have a happy life. "We were very aware of what would happen had we both pursued our careers full-on," the Used Cars actor once said, adding, "I never thought that what the business could provide would ever take precedence over us." 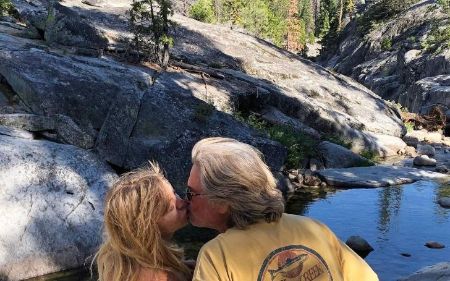 Russell and Goldie's intention to marry each other has consistently, or at least recurringly, been a tabloid's favorite wonderment about the duo. "It's okay. It’s not about the marriage. It's about the people and the relationship and the will to stay together," the Academy-winning actress said while making it clear that the two had no plans for marriage. "For people like us, the marriage certificate wasn't going to create anything that otherwise we wouldn't have," Kurt says concurringly.

Both Russell and Goldie had experienced failed marriages and had a few pre-fame relationships. The Good Morning World actor was married to actress Season Hubley, who he met on the sets of Elvis. Hubley played Priscilla Presley to Russell's Elvis Presley, and soon, the couple translated their reel love into real life. The duo married in 1979 and welcomed their son, Boston, in 1980. The pair split ways after four years as spouses. Season's notable credits are All My Children, Hardcore, and Vice Squad. 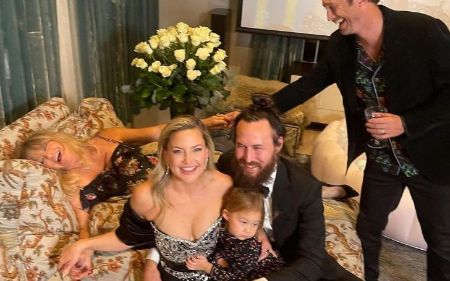 Goldie, on the other hand, has been married twice. The Academy winner was first married to actor-turned-director Gus Trikonis. The pair tied the knot in Honolulu, Hawaii, in 1969 and announced their separation in 1973. The blonde beauty married her second husband, Bill Hudson, in 1976, the same year her divorce from Gus was finalized. The couple welcomed two kids, actor Oliver Hudson and daughter Kate Hudson, before calling it quits in 1980.