Kate Hudson and Boyfriend Danny Fujikawa rumors of Engagement. Know about their Relationship. 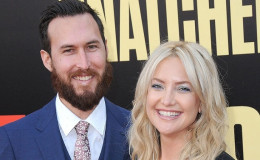 Danny Fujikawa, a musician is currently in a relationship with her sexy actress girlfriend, Kate Hudson and are planning to get married soon.

As of now, she is happy to be the girlfriend of, Danny Fujikawa who is the founder of Lightwave Records. The couple is soon to get married in coming future. So, to know more about Kate's present life and past affairs. Stay on our page.

Kate Hudson is planning to get engaged to her boyfriend, Danny Fujikawa

After a long tragic relationship, Kate is again spotted with her new musician boyfriend called, Danny Fujikawa. The couple started their relation in 2017. At first, they did not totally disclosed about their relationship to the media but were spotted many places.

But after months, they announced to be dating by appearing on the red carpet as a couple during the Hollywood premiere of Snatched and shared few kisses together over there. Both of them were looking stunning as Kate was wearing a black Michael Kors Collection blouse paired with a plunging neckline and printed pants whereas, Danny was in a navy blue suit and a tie. 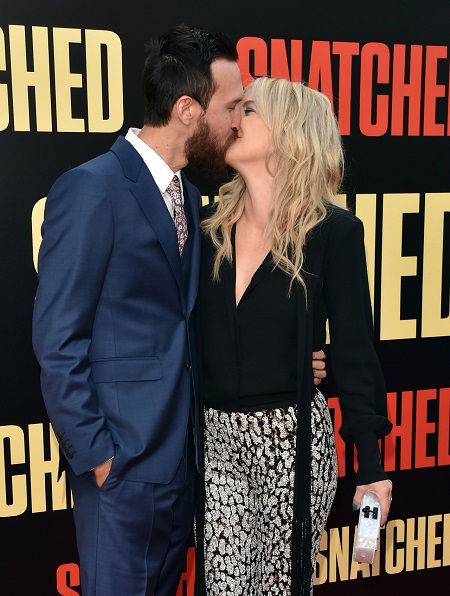 Kate and Danny in the red carpet, Source: ETonline

Soon after announcing their relationship to the public, they started hanging out in different places along with her son, Bingham. The pair keeps on going on vacation to different places and moved-in together soon after dating for some time.

They even decided to take their relationship to the next level. Rumors are swirling that the pair is planning to get engaged and Kate even talked about their relation to her mom, Goldie Hawn and was happy together. 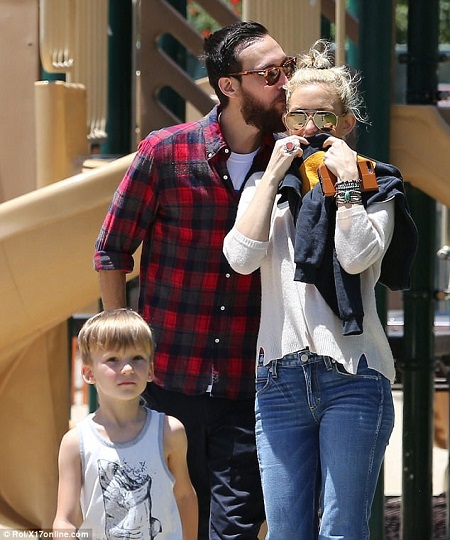 We wish this couple life time of happiness and togetherness and hope they get married soon and start a beautiful family.

An English musician, Matthew Bellamy was known as Matt was rumored to be dating with beautiful, Kate since a long time. But the couple might not be ready to reveal about it so took some time and finally announced in front of the media and audience in early 2010.

Dating for about a year, Matt proposed her in a romantic way in NYC and got engaged in 2011. This time also they did not announce it to the public. But after finding a giant engagement ring on the figure of Kate, the media went crazy about it and asked her on Wednesday's Today Show.

'' I haven’t really announced it, I was waiting for someone to notice.'' 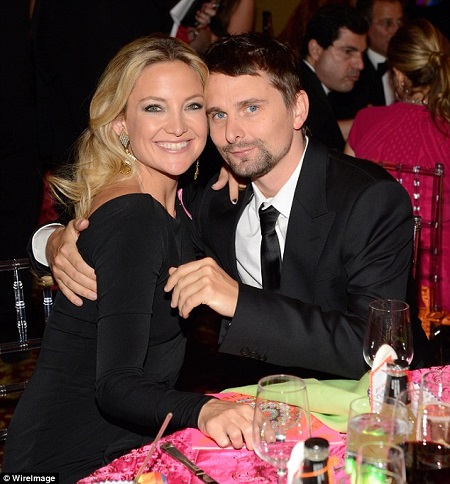 Kate and Matt in a function, Source: Daily Mail

They were also rumored to get married soon after their engagement. But unfortunately, the couple announced to end their four years relationship on 9th December 2014. The reason behind their ending the engagement is that the relationship was not working.

''Relationships ending are painful, and you can choose to carry that or you can choose to reframe it. If Matt and I had a great relationship, we would still be together, but we chose to move on because we had different visions of how we wanted to live our lives.'' 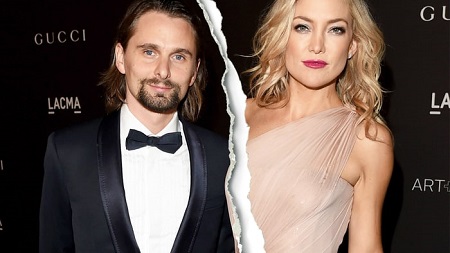 Despite the split, the pair is still under good terms.

The ex-couple has a child

Before ending their relationship, the ex-couple were expecting the baby in 2011 and spotted many places flaunting her baby bump. They were so excited to welcome their young one and were expecting a baby girl.

And finally, on 9th July 2011, Kate gave birth to a baby boy who was named, Bingham Hawn. After the separation of the pair, their son is living with his mom. But sometimes, the ex-pair came together only for the sake of their child. 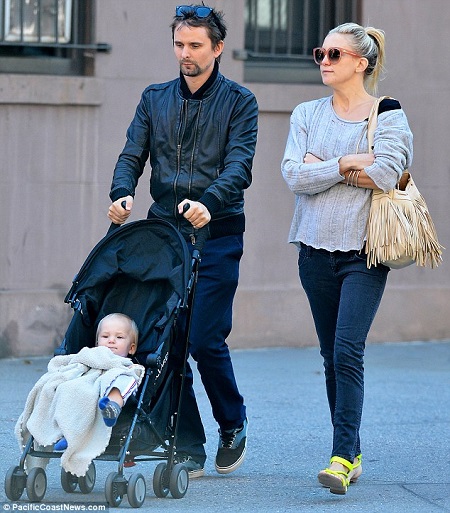 Kate and Danny with their child, Source: Daily Mail
Mother and child relaxing.

How will you feel if your boyfriend keeps on talking to his ex? Definitely, you will feel jealous, angry and betrayed at the same time. The same thing goes to the actress, Kate who faced the similar situation after dating a Dominican-American former baseball player named, Alex Rodriguez who is also known as A-Rod.

They began their relationship since 2010 and broke up after certain months of their relationship. The ex-pair split up only because of A-Rod's behavior as he kept on talking to his ex-Madonna even after several warning from Kate. But he did not listen to her and as a result, they got separated. 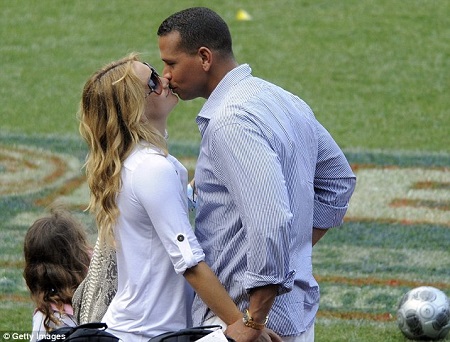 Alex is one of the popular guys in the Hollywood who was in a relationship with many famous celebrities including- Madonna, Cameron Diaz, Jennifer Lopez, Ann Wojcicki, Ella Magers, Kyna Treacy, Demi Moore, Torrie Wilson so many others.

On 31st December 2000, Kate married to an American musician plus a member of the band, The Black Crowes named, Chris Robinson in Aspen, Colorado. The couple started living in a house which was once owned by the director, James Whales.

After four years of their marriage, they welcomed their first child named, Ryder Russell Robinson who was born on 7th January 2004. 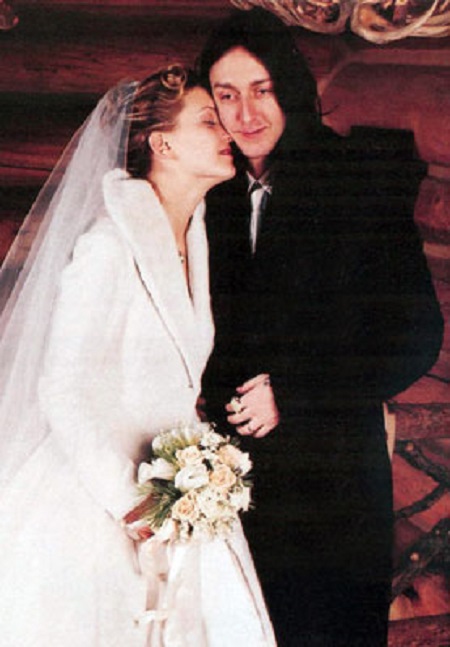 Unluckily, due to some unrevealed reasons, they decided to be separated. When their child was only of 2 on 18th November 2007, they filed for their divorced and got separated officially on 22nd October 2007. The court gave the joint custody of the child.

However, in 2015, Chris filed a petition so that re-open the custody of their child. He wanted to have the full custody of the child. Whereas Kate was ordered to deposit $7500 for the evaluation costs. Today, both of them are moved on and were starting their own life with their family. 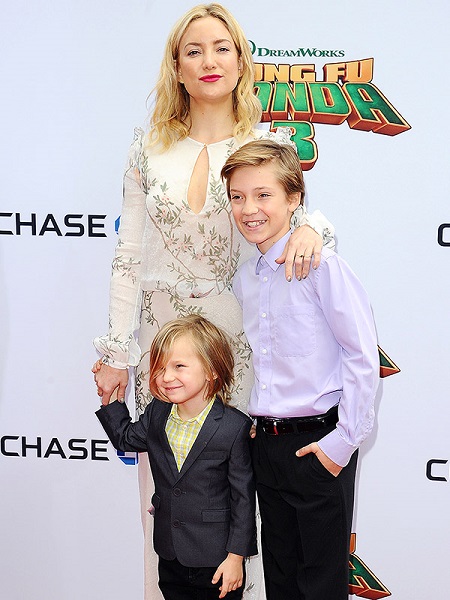 Kate along with her children, Source: Celebrity Babies

Thank you everyone for the overwhelming love and birthday wishes!!!! My heart is crazy happy ????? And the most precious gift today is the steady, ever growing, non wavering love for my children and from my children. Thank you boys for making today so beautiful ??

However, Kate is close to both of her children from her previous relationships and spend her spare time with them as well. 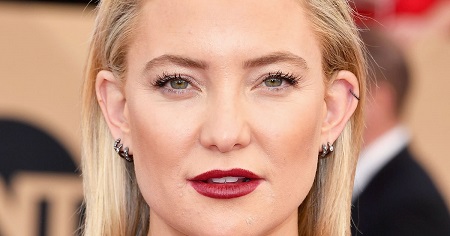 Kate in Bordeaux, Source: Us Weekly