Home Article Is 21 Years Instagram Personality Faze Rug Dating Anyone at Present; His Affairs and Rumors

Is 21 Years Instagram Personality Faze Rug Dating Anyone at Present; His Affairs and Rumors

YouTube personality Faze Rug dating speculations with Molly Eskam. He previously dated Kaelyn. He does vlogging and has his own YouTube channel. Know About his relationships.

Getting popularity at a young age is a big deal to handle. But the famous YouTube personality, Brian Awadis, professionally known by the name of FaZe Rug has gained fame from a young age by vlogging and he sure knows how to handle it.

The star has appeared with several girls on his videos and fans have speculated that he might be dating one of them, but who? Let's take a closer look at his personal life and dig deeper into his relationships.

The YouTuber can be seen as being very close to model Molly Eskam these days.

Faze is a little low profile when it comes to his personal life. He has appeared with Molly in several of his videos. The two mostly hang out at Rug's house in California, vlogging and running around the house. 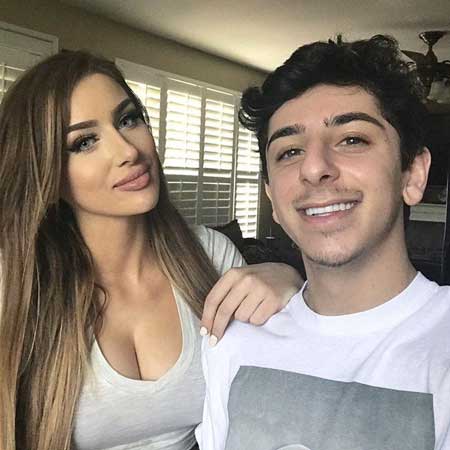 Faze and Molly are speculated to be dating
Source: Reddit

There is no legit proof about their relationship but Rug and Molly tell in one of Rug's drunk Q&A video that they both do have some feeling for each other. They were answering fan's questions about their feeling to each other and there was definitely an awkward moment for both of them.

The pair did some truth and dare on a video in which they did some extreme thing and one dare was to kiss each other which they did on camera. Molly, in the video also mentions that they might have kissed off camera in the past so why not on camera?

Well, all these do not prove that the couple is dating in real life but gives a sort of glimpse that they sure have some possibility to get along. The YouTube personality is definitely focused on his career as he has a lot to come along.

Past Affairs Of FaZe Rug:

Rug is a little low profile when it comes to his personal life. By the request of his numerous fans, he once uploaded a video titled, 'Meet My Girlfriend' on the Valentines Day in 2016. But the fans who were eager to know about his girlfriends were shattered as he was actually showing a toy the whole time.

There are no enough details on who has he dated but his brother once posted a snap on his social media where Faze is trying to kiss a girl who is sitting on his lap, her name is Kaelyn. In 2016, he shared that they were no more together but he was looking forward to date her. 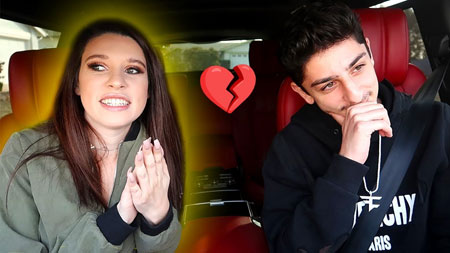 Faze broke up with Kaelyn after dating for some months

There is no specific date in which they started dating but they dated for some months. The pair even went to Disney Land as it was a dream come true for Kaelyn. Looks like Rug did want to be with Kaelyn back in days.

He also mentions in a video that he used to date a girl when he was in sixth grade but does not mentions her name. He adds jokingly that she used him for her homework. 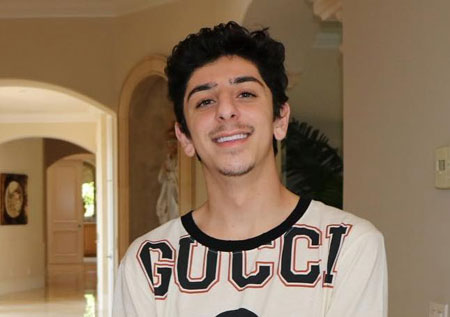