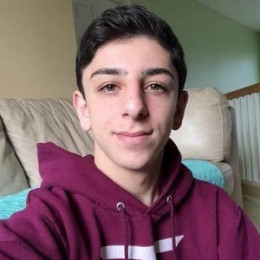 The YouTuber, FaZe Rug first came to prominence of viewers after posting the prank videos on YouTube. Soon his channel gained popularity after the release of the video titled ‘Cocaine Prank’. The video was watched by almost 10 million viewers.

FaZe Rug was born as Brian Awadis in the city of San Diego in California, the United States on November 19, 1996. His parents emigrated from Iraq. They are occasionally referred to as ‘Mama Rug’ and ‘Papa Rug’.

Yesterday I did something that I’ve dreamt about doing since I was a kid, I bought my mom her dream car! I seriously couldn’t have done this without you guys, so I owe it all to you Keep up the amazing support, and I hope I can inspire people to do big things, that’s what I thrive for. Much love

He grew up in San Diego with his brother Brandon. As a schoolboy, Rug was quite naughty and mischievous.

FaZe Rug began to upload the prank videos on YouTube when he was in his first year of college. So after a few months of college, he gave full-time to YouTube. Other than that, he also uploads ‘call-of-duty’ videos and vlogs on his YouTube channel.

Moreover, Rug worked for the ‘FaZe Clan’ as its director for a few months. His videos are becoming popular day by day because the videos look very realistic as he uses various skill and techniques in creating them. One of his most viewed videos, "Cocaine Prank," which has earned over 10 million views.

FaZe Rug is possibly a single guy. But there were rumors that he was dating YouTuber Molly Eskam, a model and YouTuber as well. The story came to be after the pair were seen together in many videos. It also looks the two share quite a bond.

But sadly, the couple is no longer together. They broke-up in an unknown date. He usually shares a lot of videos in which he is sharing if he will get back with his ex-girlfriend. The couple seems to be in good harmony with each other and still maintain a good friendship.

His fame led to many conjectures regarding his sexual orientation, dating, girlfriends, and love affairs with other people. Recently, when his channel crossed the 10 million mark, he decided to pay his homage to the fans by skydiving.

But unfortunately, as soon as he dropped down from the plane, he passed out in mid-air. The instructor tried to wake him up but for no luck. The YouTube personality even shared the video of the incident.

FaZe Rug is one of the popular YouTube stars. He garnered around 11 million subscribers on YouTube with total views of around one billion. Besides that, he has 3.3 million followers on Instagram.

FaZe probably earns a decent about from there which a dream for many youngsters aspiring to make it big.