Home Article Is 28 Years YouTube Personality ProZD Married To a Girl Named Anne Married: What About His Dating Rumors?

Is 28 Years YouTube Personality ProZD Married To a Girl Named Anne Married: What About His Dating Rumors? 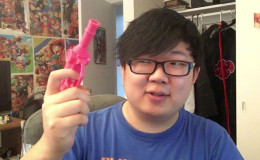 SungWon Cho (aka ProZD) is a voice actor who is popularly known for his work in anime voice over. You can also hear him in Judgement, A Hat in Time, Red vs Blue, Radiant, Nomad of Nowhere, Monster Prom, Camp Camp, Battlerite, Apotheon, Unavowed, and more. He also played Detective Joe Furuya in RocketJump and Crunchyroll's Anime Crimes Division.

ProzD is also prominent for playing  Detective Joe Furuya in RocketJump and Crunchyroll's Anime Crimes Division. But just for the day, let's take a leap from his imminence and glare more at his personal life and see what other things are there for Cho besides the mic and headset; delve into his married life, stories of his accidental fame, upcoming events and many more.

ProzD's Married Life: How's The Relationship Going On With His Wife?

SungWon Cho is currently is in a budding relationship with his wife Anne Marie. She was born on the 4th of April, a disclosure which became public when Cho revealed his wife birth date in one of his Tweets.

Cho’s mistress, Marie on her Twitter bio describes herself as an “occasional illustrator, full-time tea enthusiast, and 'lover all things cute'.” Well, we can simply guess how she fell for her husband Cho. 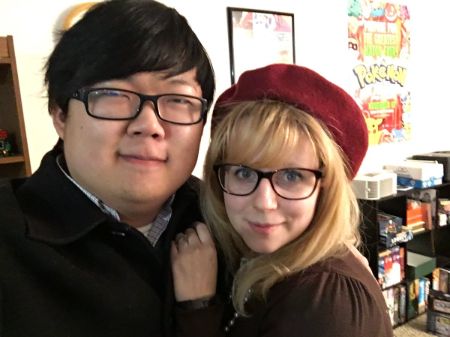 According to some sources, she is indeed claimed to be an artist in online freelancing. Anne Marie, like her hubby, is also a geek. It was their love for writing Super Mario fan fiction that originally brought them together.

When asked what she liked about Cho in the first place she gushed, “He had like really deep, voice and I was like wow, deep voice”. Their first ever date took place on winter Ruby Tuesday where together they watched Final Fantasy VII-Advent Children (2005).

They were in a long-distance relationship with each other for six years. The destined to be husband and wife got engaged in October 2015 and in April 2016, Cho revealed publicly through his Twitter page that he has officially pledged his vows to Marrie.

According to the couple themselves, it's been 10 years since they’ve known each other. The duo is extremely fond of cats also has one for each named Effie and Sophie.

Marrie talked about their relationship, 'It's fine. I could love life a lot. I now like all those love songs cause he plays it all the time. We have a lot of video games and board games.'

Furthermore, Cho explained: 'But she likes it (the games) and she likes board games, anime, and stuff. And that's for me it's fine because I can just be who I am and she doesn't give a shit. Like she really gets it too. That's how we basically became friends in the first place.'

Mr. and Mrs. Cho replied when asked about living together.

Although Cho became an internet sensation for his short videos, he refers to his YouTube fame as a happy coincidence. 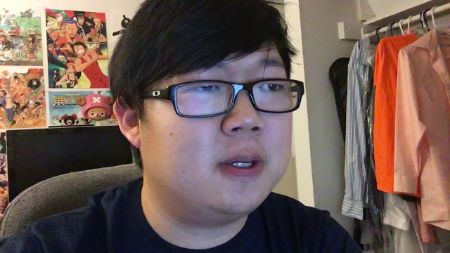 “For me, the focus has always been acting and voice acting,”

“YouTube was an accident. I’m very fortunate and very grateful for the opportunities that YouTube has brought me. I enjoy making my stuff, but honestly, it’s all for acting. It’s all so I can get more opportunities for that.”

It was a career that required him from the very beginning. In fact, it was from the high school time Cho started voice acting initially performing for radio plays written by his friend David Michael Kinne, and playing a variety of characters from nerdy middle schoolers to officers.

“It was actually through that I fell in love with voice acting as an art form, After doing those radio plays, I was hooked.”

Cho said on his voice-over career.

ProZD then went on to study media arts and technology at Michigan State, where he was frequently cast as an actor for live productions because of his comedy skills.

In between those gigs and roughly 900 hours spent playing Animal Crossing: New Leaf (it's no wonder why he uses so many Animal Crossing tracks in his videos) Cho learned video production and refining his acting, improv, and writing.

Don't Miss:Yousef Erakat Mysterious Dating Life? Who is his Current Girlfriend? Also see his Career as a YouTuber

The low production values and quick, frivolous nature of Cho’s videos may lead some to believe that what he does is easy-peasy, but that’s only because Cho makes it look that way.

In reality, those shorts are born out of years of processing his rhythm, timing, and jokes. As a matter of one of his latest videos, a 30-second clip of a gamer asking his grandmother to name all the Smash Bros. characters took around one hour to produce.

“Something like that, I’ll shoot everything, put it into editing, and go ehh, this isn’t hitting as well as I’d like it, Well, maybe it’d be funny to overlay another character’s dialogue over this character’s dialogue to make the pacing more frantic or make the argument stronger. Little things like that I think actually make a big difference.”

Last month it was confirmed that ProZD is set to appear along with Phillip Defranco (from The Philip DeFranco Show') as a powerhouse guest in RTX Austin (Texas' largest animation, gaming and comedy experience)--a convention to be held on July 5-7, 2019. 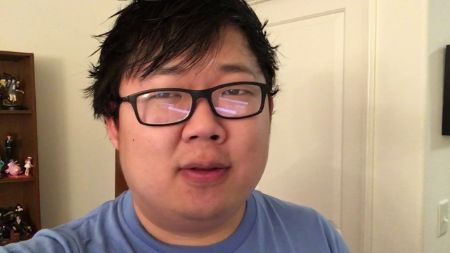