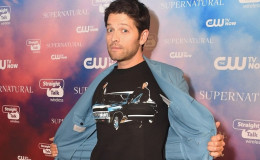 The 43-year-old actor Misha Collins is happily married to his wife Victoria and the duo shares two adorable children together, living happily without any divorce or affair rumors

American actor Misha Collins stole our hearts after appearing as the Angel of the Lord, Castiel in hit supernatural drama series, Supernatural. His bromance with the cast leads Sam ( Jared Padalecki), and Dean( Jensen Ackles) won him a People Choice Awards, and now all his fans are curious to find out secret details of the actor.

Most of you might not know this but the 43-year-old actor is happily married to his wife Victoria, and the couple shares two adorable children together.

The People's Choice Award-winning actor, Misha Collins and spouse Victoria Vantoch are united as life partners for almost two decades and together after almost another five years.

Collins and Vantoch were high school sweethearts. According to the pair, there are about five to six years of gap between their age. In addition, amid their senior year, Misha was the only guy in the English literature class which made it easy to confess the feelings.

As of February 2020, the family of four is living a blissful life without any rumors of extramarital affairs or divorce. His partner, Victoria is a wise and charming lady who's able to tie down the handsome "Castiel" actor.

Misha who is also the board president and co-founder of a non-profit organization, Random Acts of Kindness is happily married to his longtime girlfriend turned wife, Victoria Vantoch. 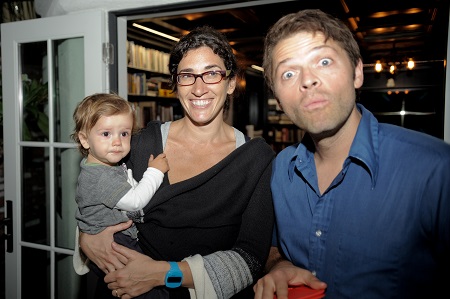 The pair tied knots on October 6, 2001, in a secret ceremony in the presence of only close families and friends. After almost nine years, the happy couple welcomed their first child, a son named West Anaximander Collins, born on September 23, 2010.

Right before this conversation Maison said, “Mom, you should get fat & have another baby.” Don’t let your kids be like mine. #ScienceMatters http://bit.ly/ScienceTime1

In an interview, Misha opened up about how difficult it was to name their daughter because of so many options, stating that he finally named his daughter Maison. He said,

"I have. Yup. I don’t know why it’s a difficult decision to make and now every time I’m signing autographs and people tell me their names I’m like, ‘Aw man I should have thought of that one.”

Misha is a loving husband and a caring father. When not working, he spends all of his time with his adorable kids and posts tons of pictures on his Instagram.

I asked my kids, "what do u like about science?" 1 said "astronomy" the other said "sugar." #ScienceMarch

My daughter and her bff are young environmentalists. They love unraveling tree pulp when I’m not looking.

Well, all in all, we wish this happy family of four best wishes for their future endeavors!

How Much Is Misha Collin's Net Worth?

Misha Collins, Liberty Heights star has an estimated net worth of $2 million. He receives a salary of $50.88 to $200,000 per hour for appearing in movies.

Misha started his career as a correspondent when he interned at White House during the Clinton Administration for four months. Later switched to acting and started doing small roles in movies like Liberty Heights, Girl, Interrupted, Karla and Loot.

Won People's Choice Awards for Favorite TV Bromance in 2014. Also, a famous poet and has written poems like Baby Pants and Old Bones. He is best known for his character as the angel Castiel on hit CW series, Supernatural.

Misha Collins was born as Dmitri Tippens Krushnic on August 20, 1974, in Boston Massachusets. He grew up in partial Jewish family background and is currently 45 years olf age.

Furthermore, his father Richard Krushnic and Mother Rebecca Tippens raised him with his maiden name, Collins. Most notably, he used to work as a carpenter to compensate for his college. 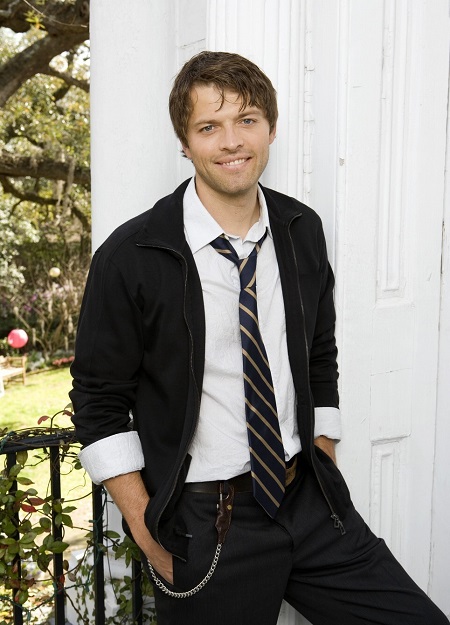 Collins attended Green Field Center School and later graduated from the University of Chicago, graduating in social theory. Misha dropped out of college for a year and spent that time in Tibetan Monastery.

Before fame, he interned four months at the White House amid the Clinton Administration in the Office of Presidential Personnel.