Home Article Is American Actor Garrett Clayton Dating a Boyfriend : What About His Past Affairs?

Is American Actor Garrett Clayton Dating a Boyfriend : What About His Past Affairs? 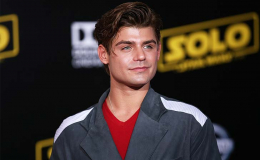 The handsome and talented young actor, Garrett Clayton is best recognized from Teen Beach movie and Hairspray Live turned out to be gay. Well, Clayton also introduced his boyfriend.

More recently, Garrett discussed his personal relationship to his upcoming movie, Reach. The question is 'Is he currently single or dating any girl?' Also, Clayton is rumored to be gay! Let's find out in detail about Garrett Clayton relationship status.

Garrett Clayton Turns Out To Be Gay! 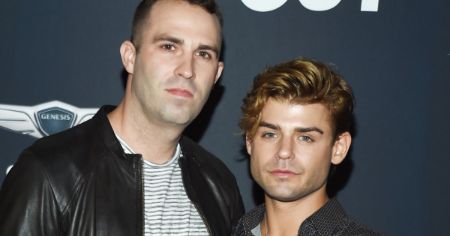 Like many other celebrities, the actor prefers not to talk about his personal life despite the bemusing rumors of his sexual orientation. Yes, he turns out to be gay indeed!

Garrett first came out publicly about his sexual orientation after his new movie project, Reach.

On 20 August 2018, Clayton admitted through one of his Instagram posts that the movie relates to his personal real-time when he faced the bullying.

Meanwhile, explaining the difficult time of his life, Garret also noted that his partner Blake Knight dealt with the same experience that he thinks is a tragic event.

The dashing Garrett and his partner, Blake are together for almost eight years now. Their eight years of the journey didn't become an easy one as they too went through many ups and downs.

The duo first met in the "24-hour restaurant" based in Los Angeles, where Garnett worked previously. After almost a decade of dating life, Blake and Garrett took a big step, finally getting engaged in their secret trip to Iceland.

It’s been 1 year since @hrhblakeknight asked me to marry him in Iceland on the most beautiful trip and the most beaufitul day of my life to date. I’ll never forget your face in that moment when you got down on one knee. Love, nervous, and excited (Obv, I was going to say yes) all rolled into the love of my life. Everyday with you is filled with joy and laughter. (even when we get heated every night over who has to get out of bed to turn off the hall light). . . 8 years! In a little over a month it’ll be 8 years together. Those being packed full of ups and downs. (90% ups) I’ll always be thankful that you walked into my 24 hour resturant when I first moved to LA. I was a waiter aspiring to be an actor. You were an assistant aspiring to be a writer. Now look at us! Living the dream together. Finding the strength in our unity with the loss of Orion. To finding out on my birthday in the dirty parking lot behind the resturant I worked at (at that time) that I lost my first big job / cut to you holding me later that night whipping away my tears and telling me it was only the beginning. You’ve never faltered in being a supportive, loving, stubborn, sensitive rock in my life. Here’s to another 100 years of traveling the world, stealing your socks and loving our babies, whether their dog babies or actual babies. I’ll love you forever. Happy anniversary, my darling. . (P.s. I’m getting my scarf out of my face in the engagement photo. Not clutching my pearls)

Later, on 10 January 2019, Garrett announced their engagement to his longtime boyfriend, Blake on Instagram a year of getting engaged. As a matter of fact, Clayton described that the date marks the 1 year anniversary of their engagement.

Well, the duo often shares their journey together amidst their fans. More recently, the pair claimed that their relationship is going happier than ever.

Well, we wish them luck on their future endeavor hoping to see them together until the very end. 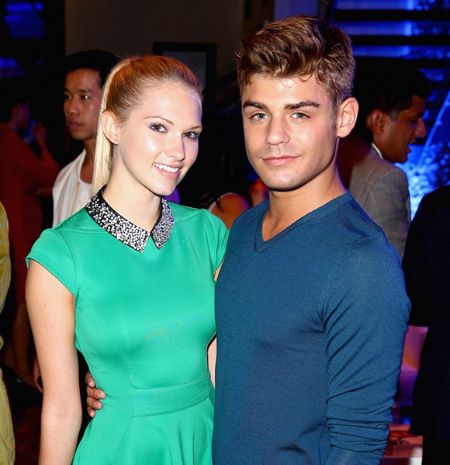 Garrett Clayton was romantically linked with the fellow former Disney Channel star, Claudie Lee, back in the year 2013. There were also some sparks between Garrett and Claudia, who were also seen in Union J's new music video for "Carry You."

You May Like: Game of Thrones star, Kristian Nairn or "Hodor" is not Married or Dating. The Gay Actor is focused on his Career

The rumored love-bird stepped out together for Variety's 2013 'Power of Youth' at Universal Studios. According to the source, Garrett and Claudia were also spotted shopping together in Santa Monica before the screening of Kick-Ass 2.

Later that year, Clayton was seen leaving Chateau Marmont in West Hollywood holding his hands with his girlfriend.

Fans also became jealous of their blossoming relationship. Well, Claudia once even took her boyfriend, Garrett, to meet her father. While Garrett's mother accompanied on the dinner date of the young couple. 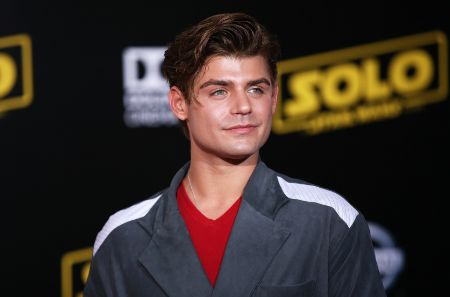