Home Article Is American Football Coach Sean Mcvay Dating A Girlfriend Or Secretly Married And Living With His Wife?

Is American Football Coach Sean Mcvay Dating A Girlfriend Or Secretly Married And Living With His Wife? 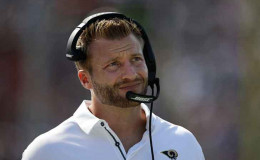 When you are with your partner for a long time with barely any conflict or controversy, it seems inevitable and only a matter of time before the duo end up embracing each other as life partners.

The well renowned NFL head coach Sean McVay is dating a girlfriend for almost a decade. His successful career is obvious for everyone to see. Today, in this section, we'll talk about his love life revealing the lady who stole his heart as well as the details of their relationship.

Who Is Sean McVay Dating?

Sean McVay is in a relationship with his girlfriend Veronika Khomyn. Veronica is a model by profession who hails from Ukraine. 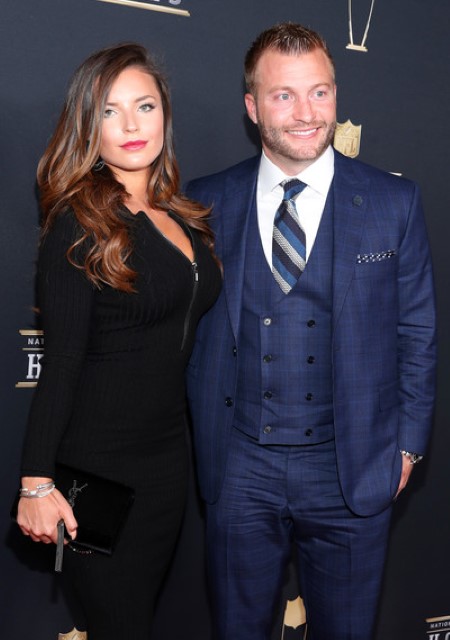 It is reported that they have dated since McVay was just an assistant coach which makes it as far back as 2010. TMZ revealed:

"As for Veronika … she’s 28, she’s from Ukraine and she met McVay when he was just a lowly tight end coach for the Washington Redskins back in the day."

However, the couple is tight-lipped about the details of their relationship history. They are yet to reveal how and where they met.

The pictures of the couple can be seen often on social media. Since 2016, the duo has posted numerous photos together on their respective Instagram account. They pretty openly flaunt their beautiful love.

Though the pair is dating each other for 8 years, they are yet to tie the knot. Moreover, it remains to be seen if the couple gets engaged beforehand. As for right now, they seem fully focused on their respective careers.

Meanwhile, when McVay was hired by the Los Angeles Rams in 2017, he and his girlfriend moved to a brand new home in Los Angeles. During the time, the Rams coach thought he would find the time to return to his home in Virginia.

American Football Player Travis Kelce Personal life; Is He Married To Anyone? Know About His Past Affairs

However, his sheer number of new duties responsibilities meant it was unrealistic to successfully pull it off. McVay's girlfriend took the initiative as she headed over to her partner's home in Virginia and packed up his possessions with some help from friends. 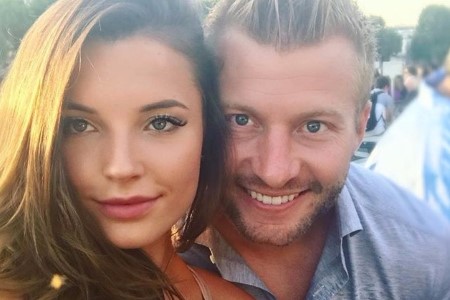 Veronika late sold the residence in a single day. This just goes to show the immense trust the couple carries.

Khomyn's interest in posting on Instagram led to McVay's new home in Los Angeles becoming a topic of conversation amongst their fans.

When Sean and Veronika moved into their new home, it was apparently decorated by McVay's mother at her usual rates. Their home seems to have impressed the majority of the model's followers.

Khomyn later revealed her boyfriend's favorite part about the smart home is making Alexa turn the lights on and off.

Sean McVay is currently the head coach of the Los Angeles Rams of the National Football League (NFL). He was hired by the club in 2017 at the age of 30. This made him the youngest head coach in modern NFL history.

Mcvay began his coaching career in 2008. He was an assistant wide receivers coach with the Tampa Bay Buccaneers back then. The following year he was hired by the Florida Tuskers as the quality control/wide receivers coach competing in the United Football League (UFL). 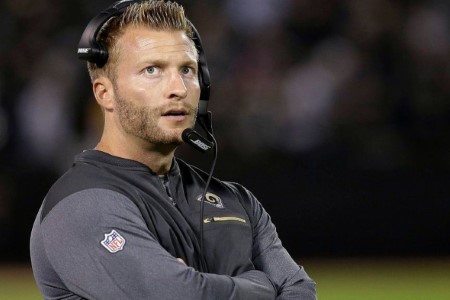 In 2010, McVay joined the Washington Redskins. He served as the assistant tight ends coach under head coach Mike Shanahan. The following season he was promoted to tight ends coach.

On 14th January 2014, Sean made a jump to the position of offensive coordinator thanks to the new head coach Jay Gruden.

McVay was hired by Los Angeles Rams on 12th January 2017 replacing former head coach Jeff Fisher. He made his debut against the Indianapolis Colts. Sean led the team to an impressive victory in a home game at the Los Angeles Memorial Coliseum.

At the conclusion of McVay's first season as the head coach, he oversaw the Rams improve their record dramatically from their previous season in 2016.

Moreover, the Rams coach led them to the team's first winning season since 2003 as well as the first playoff berth since 2004.

On 19th January 2018, Sean was named Coach of the Year by the Pro Football Writers of America. 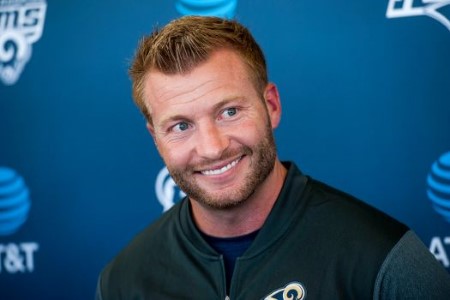