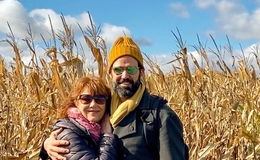 Benjamin Ayres became famous when he played Dr. Zach Miller in the CTV series Saving Hope. His professional life is an open book for all of us. But how many of you know about his personal life? Is the Canadian actor married or single? We have all answers here.

Canadian actor Benjamin Ayres become famous in his native country with the aid of the television show Saving Hope in the portrayal of Dr. Zach Miller. Benjamin last played the character of Ben Cohen in the series "Family Law" in 2022.

The Vampire Diaries actor is married to Erin Hayes, who remains a public figure only as the beautiful wife of Benjamin. When not working in Hallmark shows, Ayres has the most vital role as a father and husband. 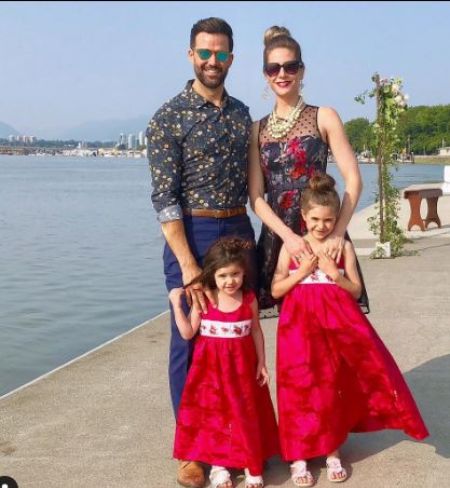 Well, Benjamin met his lovely wife Erin in 2000 and went on a first date twenty-one years ago on Janaury 2000, according to his Instagram. The lovebirds dated for eight years before deciding to walk down the aisle on 12th July 2008 in a private ceremony.

Also, Ayres disclosed having a tough time balancing his life as an actor and a father of two. The couple showcases their strong bonding and mutual understanding through Instagram posts.

To date, the black-eyed actor is happily married to the love of his life Erin Hayes. By profession, she is a digital marketer and storyteller. Their social media posts define that the duo has been together for two decades. 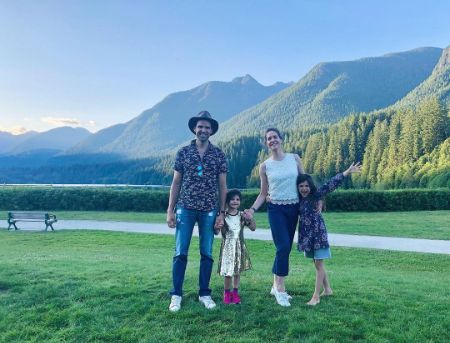 Both couples are active on their respective social media, where they do not hesitate to flaunt their chemistry by posting romantic pictures. The Saving Hope star has welcomed two beautiful daughters with their wife, Erin. The pair's children's name remains a mystery.

Looking into social media posts, his family members often appear on his IG posts, and we can genuinely say he's a family man. The guy likes to spend quality time with his wife and kids. Also, he doesn't hesitate to take care of babies in the absence of his wife.

Moving on,  since starring as Casper Jasperson in 2008's CBC television drama, jPod has become one of the beloved faces of the channel, with roles in multiple hits, including Combat Hospital and Bitten.

Check out the video of BTS from Benjamin Ayres' movie The Saving Hope.

For the project, Saving Hope, Benjamin received a Leo Awards nomination for Best Supporting Performance by Male. Benjamin portrayed a doctor in a supernatural medical drama alongside Michelle Nolden and Erica Durance.

Keep coming back to Married Wiki for more news and articles about celebs.