Home Article Dana Tyler; WCBS-TV Reporter; Is she Dating after Splitting with Boyfriend Phil Collins? Find out about her Relationship status

Dana Tyler; WCBS-TV Reporter; Is she Dating after Splitting with Boyfriend Phil Collins? Find out about her Relationship status Dana Tyler, a news anchor, reporter, and radio personality is well known for her anchoring and reporting for CBS2 News WCBS-TV in New York City. Dana Tyler has dedicated 25 years of her life to the news world and is now a well-recognized reporter in the new world. Tyler likes to keep her life under the light of media. But she hit the news when Tyler got dumped by musician Phil Collins. So whom Tyler is dating in recent days? Let's know about her.

Dana Tyler, a news anchor, reporter, and radio personality is well known for her anchoring and reporting in WCBS-TV in New York City. Dana has dedicated 25 years of her life to the news world and is now a well-recognized reporter. As of January 2022, Tyler works for CBS2.

Tyler was previously dating Phil Collins but as the couple is no longer together, people are curious to know about her current affairs. So, is the reporter dating?

Dana Tyler and Phil end their relationship after dating for more than 10 years. The 58-year-old reporter got dumped by her boyfriend in 2016. Tyler was so heartbroken that she even decided to take a break for a few months from her job. 'Many of you have noticed that I have not been anchoring the 6 p.m. news the past few nights.

'I am taking some time off and will return soon. I look forward to seeing you when I get back.'

As of 2017, Dana Tyler was more focused on her work. If you scroll down on Instagram and Twitter Tyler you will see her getting busy with the works.

Dana is single these days and after the bad breakup, she is taking a time off from the relationship.

If you wonder how a love triangle destroys love, Dana Tyler is a perfect example. Musician Collin was so desperate to get back to his ex-wife Orianne Cevey that he ended his 10 years of relation with Dana.

After eight years of marriage, this ex-couple split in 2006 and divorced in 2007. In an interview, Orianne Cevey said:

"We are deeply in love again.

‘It’s different this time,’ she said. ‘When you first fall in love there is passion and excitement. But the second time around it’s more thoughtful, more mature.

On the other hand, Phil revealed the reason behind dumping Tyler

"That’s what I mean by being wiser, you sort of say, ‘Look we made a mistake, we both agree that…’ How can you look your kids in the eyes and say, ‘Well, we should have got back together again but we didn’t."

Love is an interesting game. Was Phil's decision to get back to his third ex-wife after paying her £25 million in Britain’s biggest ever celebrity divorce battle by dumping the relationship of 10 years.

And, in a result, he got cheated on by his ex-wife who apparently secretly got married to another guy while he was still with Phil. Isn't Karmagreat? Phil and Orianne separated ways and the musician sold the home they had been living in Miami for $39 million in 2021.

But, what about Tyler? Well, the news reporter is still focused on her career and manages to keep her love life on the low. And, I think we can tell why. Hopefully, Dana has found the true love of her life. 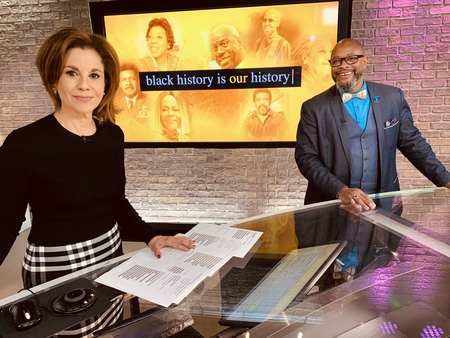 For more updates follow our page only on Married Wiki!!!