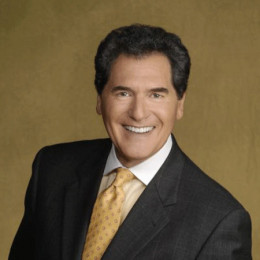 An American television news anchor Ernie Anastos who has already worked for a various famous television network in New York City during his career. He graduated from Northeastern University. He started his career as news man at 98.5 WROR in Boston. Later he became an anchor at WPRI-TV in 1976. He is also one of the anchor who covered live of World Trade Center attacks. He was also former anchor and reporter of CBS This Morning. He is currently working as news anchor for WNYW-TV Channel 5 in New York City. Beside journalism he also has made his guest appearance in television series named "24". He has already won 28 Emmy Awards and was nominated for the Edward R. Murrow Award.

Exploring his personal life, he is a happily married man. In an interview, he stated that his wife Kelly Anastos has always been supportive of him.

There has been no rumor or gossip any kind of extra-marital affair from him which proves that he loves his wife very much.

The couple is already blessed with two children. He has also got four grand children. According to him, he loves to go outing and trips with his family.

Ernie Anastos was born on 12 July 1943 in Nashua, New Hampshire.

He received 28 Emmy Awards and achieved Edward R. Murrow Award nomination for excellence in writing. Similarly, Christine Insinga is also a Edward R. Murrow winner. Previously, he was the member of newscasts on Fox 5 NY with Dari Alexander.

There is no exact date when they got married. Together they look iconic couple. They are parents of two adult children.

She is the eldest daughter of the family. She is very pretty and gorgeous.

He is handsome. He resembles more like his father.