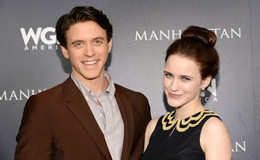 Australian-American renowned actor Ashley Zukerman doesn't like to put out his personal life matter out in the public. But, it's fair enough.

Zukerman is better known for his roles in famous television series such as Succession where he portrayed the role of Nate Sofrelli and Network Ten's drama; Rush where he played the main role of Michael Sandrelli. Despite his fame in the entertainment industry, very less is known about Zukerman who keeps his personal life under the radar. But, here's what you can know about the actor on his girlfriend and wife.

Is The Handsome Actor Married?

Like we already mentioned, Zukerman keeps everything closer to his vest. Especially, regarding who he dated, who he married and anything that concerns his love life. Everything is indeed a huge mystery. Not to mention, even on his social media, not a single hint regarding his dating life can be found. 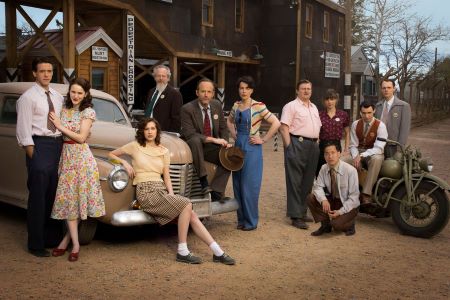 Ashley Zukerman on the set of Manhattan where he played the role of Dr. Charlie Isaacs. SOURCE: Vox

Neither his Facebook nor his Instagram feed can be taken as the window to know about his life. Safe to say, the California-born actor doesn't want the public's prying eyes focused on his personal life.

The Designated Survivor actor, however, grew up in Austalia since he was two as his Jewish parents moved there from the States. Needless to say, the actor did all of his education in Australia where he attended the Monash University and Wesley College in Melbourne.

Besides, Zukerman carries the ancestry of being half Israeli and half Peruvians.

Zukerman Holds A Big Interest In Politics and Climate Change

Sure, the Reverie alum doesn't like to speak much over his private matter, but one thing is certain that Ashley loves speaking about politics and climate change on social media. By a quick glimpse of his Twitter account, Zukerman also doesn't hold back from sharing his stance on the topics on the app.

Evidently, Zukerman has endorsed tweets criticizing the 45th President of the United States, Donald Trump. Besides, the lowkey actor also has expressed his supports for the fights of climate change activists and other serious issues such as refugees and the separation of children from immigrant parents at the US border.

In the meantime, Zukerman resides in between the United States in California and Melbourne.

See more similar Stories regarding your favorite celebrities and Biographies only on Marriedwiki.com.