Meet Siesta Key's Hunky Star Garrett Miller: Who Is He Dating After Split From Kelsey Owens? 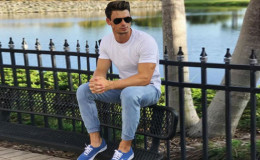 The 'Siesta Key' stars Garrett Miller and Kelsey Owens stunned their fans when they were rumored to take a break in their relationship.

The 'Siesta Key' stars Garrett Miller and Kelsey Owens stunned their fans when they called it quits after months of their on/off relationship.

Following their highly criticized love life, Garrett went on dating the fellow star, Juliette Porter but that too didn't last long. And after two unsuccessful relationships, fans are eager to get details about whether Garrett is still single or dating someone already!

Garrett Miller, one of the rising stars in Hollywood is raising the temperature of the town!

In one hand, he has huge fan followers especially the females who have a huge curiosity about his personal stuff whereas, on the other, Miller hasn't been active on social media sharing his intimate stories. 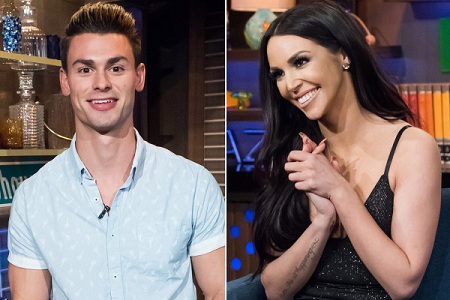 Well, we have a big spoiler for you! During a recent interview on Andy Cohen's Bravo talk show "Watch What Happens Live!" earlier this year, he stated that there's obvious chemistry between him and "Vanderpump Rules" diva Scheana Marie.

Marie's ex-boyfriend, Rob Valetta was called during the follow-up "after show" and asked if he was trying to set them up.

Had an awesome time on watch what happens live tonight with @scheana???? thank you @bravoandy for having me! #NYC #SiestaKey #MTV #vanderpumprules

Though media speculated on a new blossoming relationship between Miller and Marie, most fans still adore the former couple Garrett Miller and Kelsey Owens of Siesta Key.

During an interview with Hollywood Life,  gorgeous Owens spoke some words about his relationship with Miller:

"I would just say…him and I always have that connection.But it’s a matter of us deciding if we think it’s best to go in that direction."

As the second season of the popular show, 'Siesta Key' premiered on 15 January 2018, we still have to see what will happen next between these two!

Garrett Miller's Past Relationship And Affairs

Sources say that Miller and his reality co-star Owens were an item early in 2016 before the show premiered on MTV in 2017.

The two seemed to enjoy their romantic relationship as they often posted pictures of each other on their respective Instagram accounts. 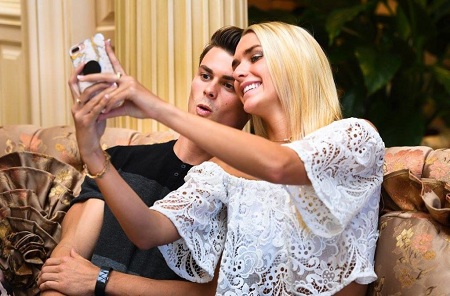 Thank you everyone for the birthday wishes. Also a huge thank you to my beautiful girlfriend for making my 21st one to remember! #Legal

Though everything was going at a perfect pace, things turned upside down when Owens cheated on Miller with another guy.

During an episode of 'Siesta Key', Miller addressed that Owens was with another guy:

'Last week I couldn’t go to Bimini because my girlfriend was trying to hook up with another guy.'

Things got cold between the couple and they announced they broke up in one of the episodes. We never know whether they were serious about each other or were just flaunting fake love for high publicity. 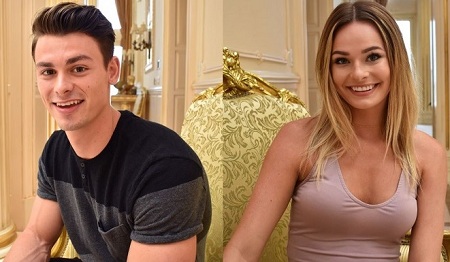 Garrett Miller and Juliette Porter rumored to be dating
Source: Your Observer

Following the split with Owens, Garrett started dating another co-star Juliette Porter. In the winter premiere of the series, we learned that Garett might still have feelings for Owens but they're doing right things. Speaking in an interview, Garrett's on/off girlfriend Juliette explained her relationship with Owens stating,

"I think Kelsey and I both are people who want to try to avoid issues as much as we can, so we've kind of decided to be mature on this trip and to put our differences aside and just be polite."

Juliette too has a history of flirting and dating the show's another co-star Alex Kompothecras. The love square between these four have really get the fans caught up and we'll have to see who wounds up with who in the upcoming season! 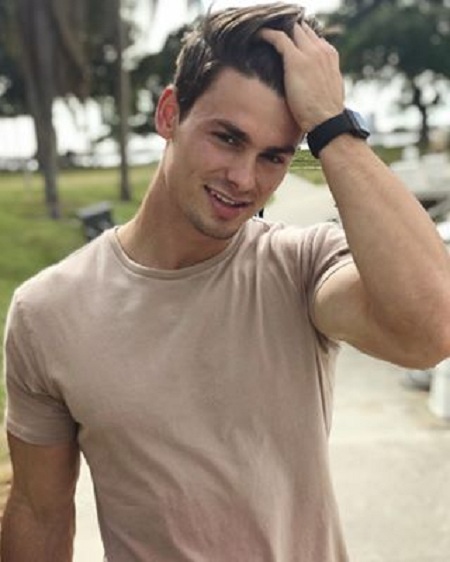