Comedic Musician Reggie Watts Is Dating Someone-Who Is His Girlfriend? 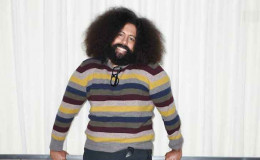 Reggie Watts is in high demand! If you see one of his dizzingly original performances, you would definitely know the reason why. Best known for the IFC series Comedy Bang! Bang!, Watts has garnered huge fan followers as there's absolutely no one on earth like him.

Reggie Watts is in high demand!

If you see one of his dizzyingly original performances, you would definitely know the reason why. Best known for the IFC series Comedy Bang! Bang!, Watts has garnered huge fan followers.

Wanna know more about him and his personal life? Who is his girlfriend? Is he secretly married? Well, let's get every detail in today's session.

Reggie Watts is always ahead in making people laugh with his comic jokes and mesmerizing people with his soulful voice, however, he's always passive regarding his personal matters.

The longtime Comedy Bang! Bang! host has spent years being an accomplished musician, comedian, and beatboxer all at the same time. With all of it, is he not getting enough time to start his romantic life? 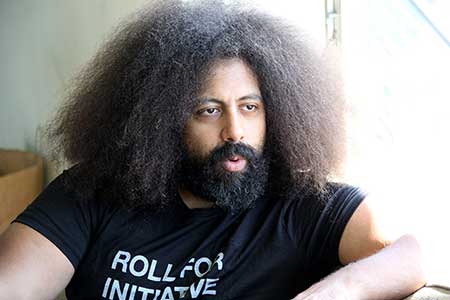 He is keeping every details about his family life low-profile. Watts is still an unmarried guy but sources say that he's in a relationship with a ballet dancer, Andrea Feyer.

@galimmimus She cool me dork.

He frequently posts Instagram images with his so-called girlfriend Andrea. Have a look at the image below. They look so amazing together, aren't they?

But the pair is yet to confirm their relationship.

He created the YouTube channel called Jash with Michael Cera, Tim & Eric, and Sarah Silverman. He gave his voice on "Holy City" and beatbox on "The Classic" from an album The Classic in 2014.

In December 2014, it was finalized that Watts would lead The Late Late Show band Comedy Bang! Bang! in 2015.

Besides his singing career, he also performed in some movies including The Yes Men Fix the World, Reggie Watts Does London, Why Shit So Crazy?, Shut Up and Play the Hits, and Keep In Touch. 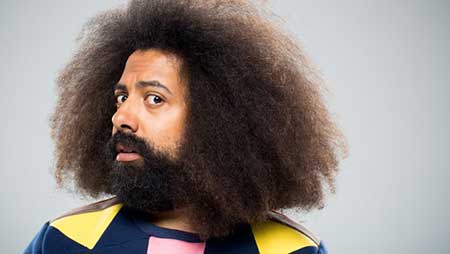