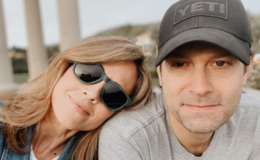 Nikki DeLoach is an actress from the United States. She has worked in several movies on the Hallmark Channel.

Nikki DeLoach is an actress from the United States. The 43-year-old actress is best recognized for her role in Days of Our Lives and Awkward.

Deloach has worked in several movies on the Hallmark Channel.

As per Legend Peeps, Nikki DeLoach and her husband, Ryan Goodell, married on September 5, 2009. It was reported that they had a simple wedding ceremony, and only their immediate family members and a few close friends attended. 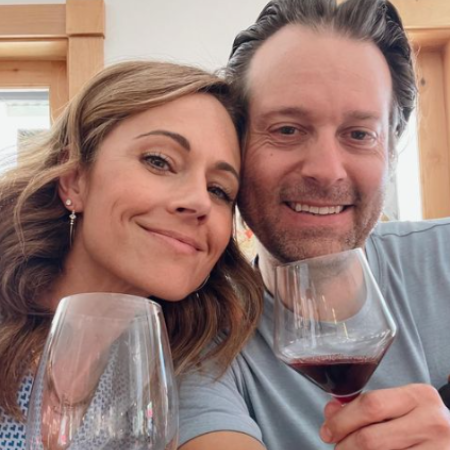 Since then, the couple has been enjoying a happy married life together. Although neither Goodell nor his wife DeLoach has ever discussed how the two of them first came across one another, credible online sources suggest that they met sometime in the middle of the 2000s.

Nikki DeLoach's husband, Ryan Goodell, is a former musical artist who was a member of the band Take 5 when they were a boy band. The band was active for approximately four years before it disbanded in the year 2001. At the moment, he is employed as an attorney at the firm of Morris Yorn Barnes Levine Entertainment Law Firm. 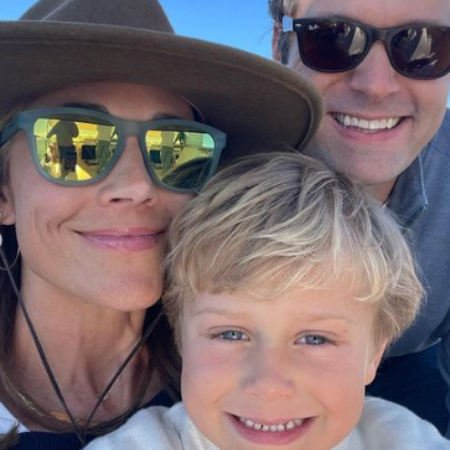 Nikki DeLoach's husband, Ryan Goodell, is a former musical artist who was a member of the band Take 5 when they were a boy band. SOURCE: Instagram

On June 29, 1980, Ryan was born in the city of Minneapolis, Minnesota. In his early years, he was primarily raised in Minneapolis, Minnesota, alongside the rest of his family. Goodell is of Caucasian descent and holds American citizenship, so when it comes to nationality, he is an American.

Goodell had a brother named Jeffrey Clayton Goodell and a sister named Courtney Goodell. All three of the Goodell children grew up together. His younger brother Jeffrey is also a former musician, in the same vein as him. Both of Goodell's brothers were active participants in the same musical group.

In 2006, Ryan enrolled in the Loyola Law School at Loyola Marymount University and received his Juris Doctor (J.D.) degree in 2009. Prior to his graduation in 2005, Goodell started working in the legal field at Callahan, McCune & Wills as a file clerk.

After gaining experience at the office for a year, the formerly active musician joined ICM to pursue a career in talent representation. Goodell completed his internship in law there. Ryan began his career in the legal field at Toberff & Associates as a law clerk in June 2008. After that, he worked as a legal intern for a period of four months at The Film Department.

In addition to this, Goodell spent approximately half a year working at William Morris Endeavor as a business affairs assistant. He works as an associate for the entertainment law firm Morris Yorn Barnes Levine. The company is primarily concerned with business related to the entertainment industry. Ryan has been employed by the firm for well over ten years at this point.

Nikki DeLoach and Ryan Goodell are the parents of two children. On October 22, 2013, in the city of Los Angeles, the couple became parents for the first time to a son named William Hudson Goodell. At the time of his delivery, the newborn weighed a total of 6 pounds and 15 ounces. His height was measured at 21 inches. 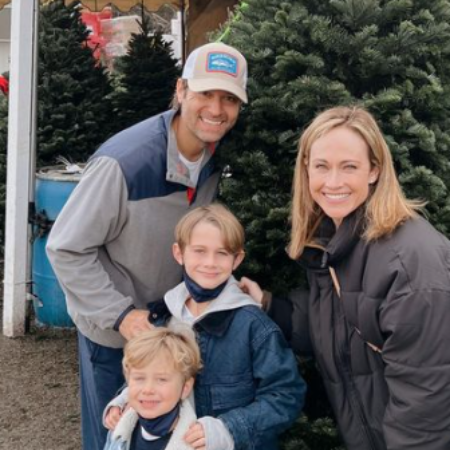 Nikki DeLoach and Ryan Goodell are the parents of two children. SOURCE: Instagram

Bennett Christopher Goodell is the couple's second kid. He was born on September 20, 2017. Their second child's birthday falls on the same day as her late grandfather's birthday. When the lovebirds found out that their soon-to-be-born second child, Bennett, had multiple heart issues, it was a very difficult time for them. When they found out about the defects, Nikki was only about five months into her pregnancy with Bennett.

After a number of examinations, the medical professionals had very little faith in his ability to pull through this. The baby was born on September 20, and DeLoach and Ryan went to Children's Hospital Los Angeles the very next day to check on the newborn.

The duo weren't certain that the doctor would be able to save Bennett's life, but on September 25, the cardiothoracic surgeon Vaughn Starnes managed to accomplish what seemed like an impossible task. An exclusive interview with the actress was conducted one week after the successful procedure, during which she discussed the wonderful experience in detail.

On September 9, 1979, Nikki DeLoach was born in Waycross, Georgia. DeLoach is the eldest of three children. She is the daughter of Terri DeLoach, the superintendent of Pierce County Schools, and David DeLoach, the owner of a wood products company. She has a sister named LeAnne DeLoach and a brother named Brett DeLoach. They were raised on a farm. 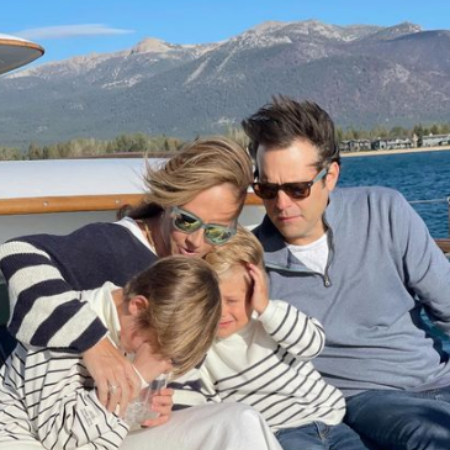 DeLoach was involved in the pageant world as a child, winning numerous state and national titles. She obtained a modelling agent at a young age and landed several ad modelling jobs. Her mother and she spent one summer in New York City looking for modelling jobs. From 1991 to 1994, Nikki was a member of the Georgia 4-H Performing Arts group Clovers & Company. She has been friends with renowned singer Justin Timberlake for more than thirty years.