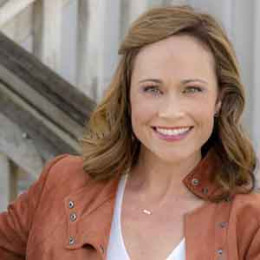 Nikki DeLoach was born on September 9, 1979, in Waycross, Georgia. She is the eldest of three children of Terri DeLoach, a school superintendent and David DeLoach, an owner of a wood products company. Her sister, Leanne DeLoach is a Valdosta State University graduate and brother, Brett DeLoach is a baseball player.

DeLoach was raised on a farm along with her siblings. She graduated from The University of Maryland in English and Psychology. She made her first public performance at the annual talent show at Pierce County High School in Blackshear, Georgia. She has won numerous state and national pageant which encouraged DeLoach to pursue her career in an entertainment field.

Nikki DeLoach started her career as a model, she was a member of the Georgia 4-H Performing Arts group Clovers & Company from 1991-1994. Then she joined the All-New Mickey Mouse Club in 1993 along with Keri Russell, Ryan Gosling, Britney Spears, Christina Aguilera, and Justin Timberlake. She was called by her nickname, Peachers in the liner notes of the group's first album. 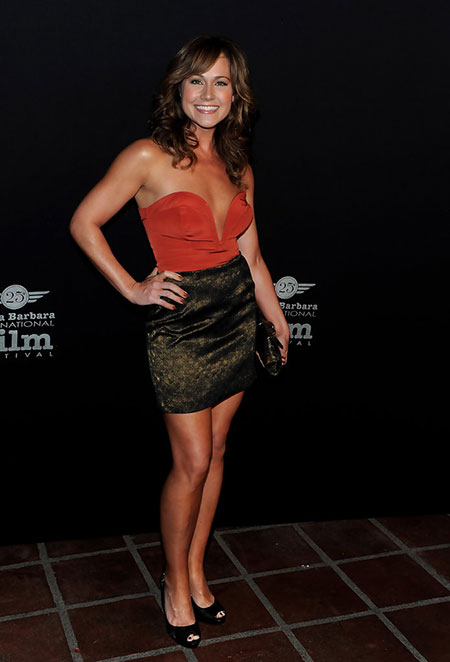 DeLoach returned to her hometown after The Mickey Mouse Club was canceled in 1994. Later, she moved to Los Angeles to pursue her career in acting. In 1995, she starred in the main lead as Tracy in TV series Misery Loves Company. She debuted in films in 1997 from the movie, Traveller as Kate.

DeLoach became a member of the girl group Innosense in 1998 but she called it quits in 2003 to focus on acting. Then she appeared in a number of films and TV series including, The Net, North Shore, Awkward, Days of Our Lives, Ringer, Windfall and others.

Nikki DeLoach has accumulated a good sum of the amount from her acting and singing career, she has an estimated net worth of $1 million. She earned nearly $200k per episode from her appearances in TV series. She has appeared in a number of box office hit movies and some of them are enlisted below;

Nikki DeLoach is happily married to her longtime boyfriend, Ryan Goodell, a member of the boy band Take 5. The duo tied the knot in September 2009 in the presence of their closed ones and family members. The couple is proud parents of two children.

I could write a novel (and one day I will) about the miracle, the divine greatness that is you. But, for now, I’ll just say...Happy Birthday, my Brave Benny. You did it! You fought like hell, and you did it. ONE has never ever looked so good. You are going to do things this world has never seen. My goodness, you are pure magic. And your mama is crazy, madly, insanely, wildly, truly, head over heels in love with you. Our family is now complete.

In April 2013, DeLoach announced her pregnancy and welcomed, William Hudson Goodell on October 22, 2013. When she was five months pregnant with her second son, Bennett Christopher Goodell it was found, the unborn baby has multiple heart defects and might not survive. But she successfully welcomed Bennett on Sept. 20, 2017. However, he was taken to the hospital on the very next day and after long hours of surgery, he completely cured.

Previously, DeLoach dated American singer, JC Chasez but their relationship ended after a certain time. She is quite popular on Instagram where she has more than 102k+ followers on his Instagram. She often shared her personal and professional updates with fans. As of now, she lives in Los Angeles with her husband and sons.

Below we present the video of Nikki DeLoach;

Ryan Goodell was a member of the boy band Take 5. He married Nikki DeLoach in September 2009 at an intimate ceremony.

William Hudson Goodell is the eldest son of Nikki DeLoach and husband, Ryan Goodell. He was born on October 22, 2013.

Bennett Christopher Goodell is the youngest son of Nikki DeLoach and husband, Ryan Goodell. He was born on September 20, 2017.