Home Article Is Jen Selter Dating Anyone After Breaking Up With James Maslow From Big Time Rush?

Is Jen Selter Dating Anyone After Breaking Up With James Maslow From Big Time Rush? 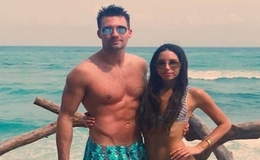 Social media influencer is mostly famous for capitalizing off her bootylicious body. And, it's the fame and attention given by her dreamy figure that often arouses the questions on her dating life among her millions of male fans.

If you look at Selter's Instagram, you won't ever find a clue if she could be sharing any romance with any man. So, could there be any chance Selter happens to be enjoying a love life?

With over 12 million followers on Instagram, Jen Selter is considered as one of the famous influencers on social media. Selter who is a fitness pro amassed millions of fans on social media through her fitness motivating and loving life. 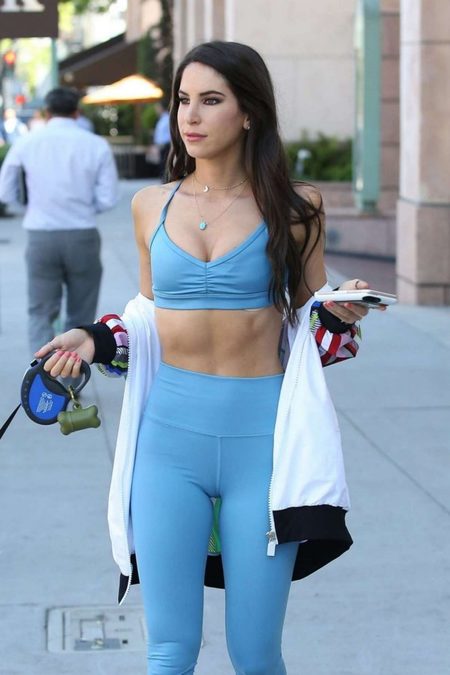 But, of course, the Instagram personality prefers to keep her personal life as secretive as possible. As a matter of fact, the only views you will find over her Instagram feed are the only of her eye-popping million-dollar worth butt. We mean Jen was once named as one of the Most Desirable Women by AskMen.

And, in the meantime, one of the highest-paid persona on Instagram as claimed by Forbes, Jen Selter, who keeps her dating life under the wraps is expected to be single. But, on the other hand, that doesn't remove the history of Selter who previously dated some renowned men in Hollywood.

Jen Selter previously made headlines when she was spotted with Big Time Rush's member, James Maslow as the two held hands and partied together at the Maxim Party which was held in Mexico.

Their summer fling happened during the spring break in 2017. As per sources, the two were even seen laughing and spending a lot of their time together at the festival. As a matter of fact, it seemingly must have been the love of fitness for each other that attracted these two.

Maslow, likewise, is an avid fitness lover. But, of course, the love for their fitness couldn't form a serious relationship between James and Jen as the duo parted their ways soon. Fast forward today, two years later, James is dating model Caitlin Spears.

Envious Girlfriends Who Wish To Be Selter

Apparently, it seems as if Jen Selter might cause some serious issues in the relationship of some people as the fitness guru has tons of male fans. More precisely, a lot of girls shared their concerns regarding Selter on the internet. 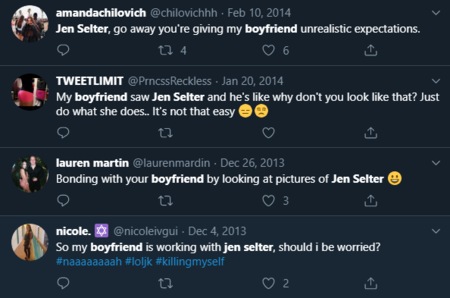 Whilst some of them revealed their boyfriend liked Jen more than them, some even sarcastically cursed the media influencer for giving their boyfriend an unrealistic expectation.

Could we blame though in consideration that even the Ice Hockey star, Evander Kane has the attention of Selter? In case you didn't know this, but we previously reported how the left-winger publicly flirted with Jen and even made it known he DM'ed her on Twitter. 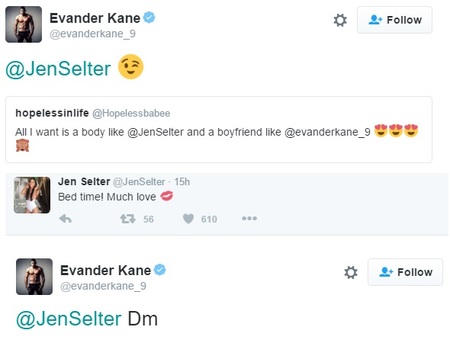 But, hey, to focus on the happy news for Selter's male fans, she is currently single.