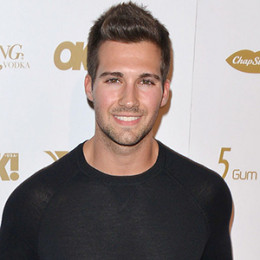 James Maslow, an American actor, and singer are widely acclaimed for his staring James Diamond on Nickelodeon's Big Time Rush. He gained media attention after appearing in the reality show Dancing with the Stars. Apart from acting, he is a fine musician as well. Maslow released over five music albums to this date with his fellow BTR members.

Is James Maslow Dating Anyone?

Seeds of Yesterday star, James Maslow is currently in an intimate relationship with the fashion model, Caitlyn Spears. They officially kindled relationship since July 22, 2019. 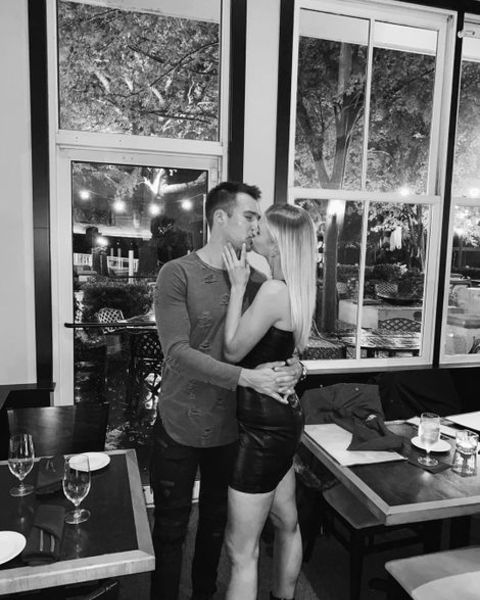 Since then, the lovebirds were seen on public displays of affection and red carpet events and functions too. Believe it or not, Caitlyn's socials are showered with the pictures of her boyfriend James Maslow.

Prior to meeting Spears, Maslow romanced Miranda Cosgrove for two years. They started dating from 2007 but broke up in 2009. The reason behind their separations is under the radar.

James once took a picture of himself with his a girl, Maria on the beach. At the time, he captioned "Found me a Mermaid" on the very post. However, he has previously been linked to several Hollywood starlets including social media influencer aka Jen Selter in the past but no serious relationship is found.

How Much Is James Maslow's Net Worth?

29-year-old American actor James Maslow has an estimated net worth of $6 million in 2019. The New York City-born actor brings in big bucks from his profession as an actor and singer.

James Maslow debut on Television from the show "iCarly" in 2008 as Shane. He has been actively working with his youtube channel since 2013. James is known for his outstanding and creative covers of the songs on his channel.

James Maslow was born on July 16, 1990, in New York to a Jewish father and a Catholic mother. James studied at a Hebrew school and learned singing at the age of six. Along with singing, he is also good with the instruments piano, drums, and guitar.

At the time, he was placed in the San Diego Children's Choir by his parents. The BTR star went to Coronado School of the Arts and graduated in the musical theater department in 2007.