Home Article Is Kerry Kennedy Still Single Or In Relationship With someone After Divorce From Andrew Cuomo? Know Her Current Affairs

Is Kerry Kennedy Still Single Or In Relationship With someone After Divorce From Andrew Cuomo? Know Her Current Affairs 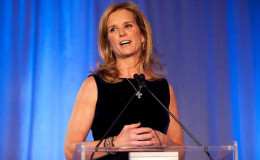 The well-known human rights activist, Kerry Kennedy has gained a huge name for her work and participation in several social activities.

Married for over a decade with governor Andrew Cuomo and being accused of having an affair with another man by her own husband was hard for the activist to stand out which led to their divorce. Has she been seeing someone after her marriage with the governor? Let's know about Kerry's love life so far!!

Married For Over A Decade, Kerry Kennedy And Governor Andrew Cuomo: Failed Because Of Betrayal?

Kerry Kennedy's marriage did not go well even after a decade of married life!

The Human rights activist was married to the American politician who is serving as the 56th and current governor of New York. Cuomo offered Kennedy a diamond ring on Valentine's day in 1990 after being together for about two years. 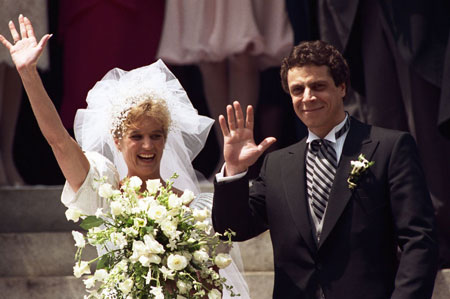 Kerry and Andrew on their wedding day
Source: NYDailyNews

The couple married on 9 June 1990 that had two of America's powerful political families in Cathedral of St.Matthew which is a Catholic church about half a mile distance from the White House.

The bride walked down the aisle alone as her late father was no more with them initially. The guests included Mayor David N. Dinkins, newspaper columnists Jimmy Breslin and Art Buchwald and filmmaker Francis Ford Coppola which also included a swarm of photographers.

Kennedy wore a gleaming silk, a Scaasi-designed dress, a beautiful neckline, a voluminous skirt with a cathedral train ornamented with silver bugle beads, crystals, and hearts of pearl.

The maids of honor at the wedding were the bride's younger sister, Rory Kennedy and a friend Mary Richardson. 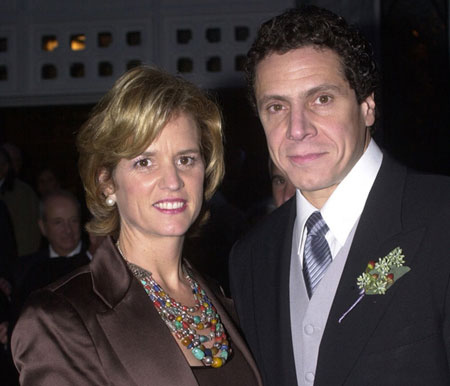 Kerry and Andrew had a beautiful marriage but did not last long enough
Source: NYDailyNews

The couple had a beautiful wedding ceremony with about 300 people present there and their 6-day long honeymoon was planned in the Caribbean while the couple initially planned to settle in Queens, New York.

Their marriage was a blast for a couple of years but not for too long. Well, they participated in the marriage therapy by the second year of their marriage as the husband was utterly consumed by work and Kennedy was weighted with all the responsibility. 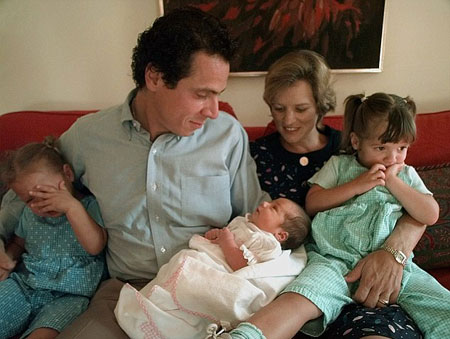 While Kennedy joined the campaign of her husband, she came to know that he had been working hard and had no doubt that he would make a good governor and the problems were all personal between the couple.

Cuomo confronted her for having an affair with a polo player Bruce Colley while Kennedy told her husband to mind his own business and move out of the house. Cuomo wrote in his autobiography,

"After 13 years of marriage, and truly stressful times, I knew the ties that bound us together had frayed. But I had hoped we could work through what I saw was a difficult time, not an end. Obviously, I was in denial."

Shocking news awaited Andrew at home on 11 September 2002 when Kennedy demanded a divorce.

Their divorce was finalized in 2003. Cuomo eventually won the New York governorship in 2011 and started dating celebrity cook Sandra Lee the same year.

Kennedy resides near her ex-husband in Westchester, New York. On March 2015 her youngest daughter Michaela was found unconscious at her mother's home and was rushed to the hospital but was still unclear what caused the medical emergency.

Kerry Kennedy-Accident Because Of Sleeping Pill!

The incident is about the time when she was taking her pills. The ex-wife of the governor collided with a tractor-trailer on the night of 13th July and was found slumped in her white Lexus in North Castle.

The police report says she had a trouble speaking and told an officer that she had accidentally taken a sleeping pill earlier that morning. 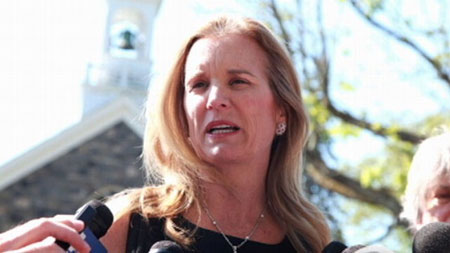 Kerry was a victim of an accident by a tractor-trailer
Source: ABCNews

On making an appearance on the court on July 17, she said the hospital test found no trace of drugs and pleaded not guilty to a charge of driving while impaired. She was arrested as the toxicology reports said Zolpidem was found in the sample of her blood.

The tractor-trailer driver Rocco Scuiletti was also charged for the incident. 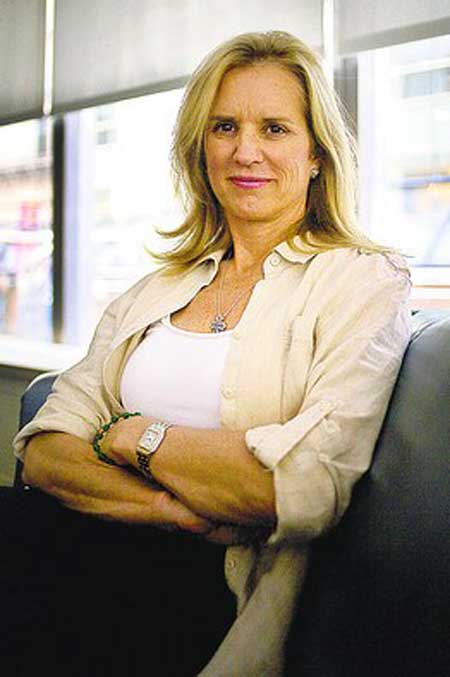