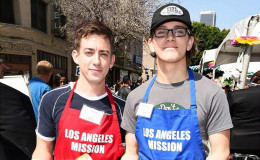 Kevin Michael McHale is an American actor, singer, dancer, and radio personality. McHale is known for his role as Artie Abrams in the Fox comedy-drama series Glee. The actor is in a romantic relationship with his boyfriend Austin McKenzie.

Love is too beautiful to be hidden in the closet. Kevin McHale, 29 years old, came out of the closet after he twitted on his official Twitter account. Actually, he never hid his sexual identity before as he is strong enough to admit who he is.

McHale, an openly gay actor is in love and isn't shy about his relationship with boyfriend Austin P. McKenzie. The openly gay couple is giving some serious couple goal to the LGBT community out there.

Kevin McHale is rumored to be dating a fellow actor Austin P. McKenzie for a long time. McHale is officially declaring his relationship as he is posting pictures of him and Austin McKenzie on his Instagram account. 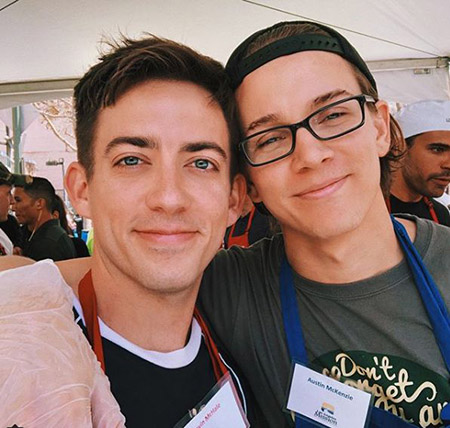 McHale and McKenzie were dating for half a year before confirming it publically. The couple is frequently seen enjoying one another's company. They are affectionate towards each other and display their love celebrating and spending time together and going on vacations. In this picture, they are cuddling in the sweetest way possible.

McHale, the Glee star officially confirmed his sexuality through a tweet on 20 April this year. That Friday morning, McHale twitted about Ariana Grande’s brand-new single No Tears Left to Cry. In a thread, the actor said the song 'is gayer than me'.  For the first time, he directly referenced his sexuality in public.

After a while, Kevin announced he is dating Austin McKenzie. The duo was spotted publically many times and his confirmation put the last nail in the coffin.

Fans are absolutely happy that the actor directly addressed the issue. McHale has always supported LGBT organizations and all such works.

Kevin McHale is a multitalented personality best known for his character Artie Abrams, a wheelchair-bound singer, and dancer in an American musical comedy-drama TV series Glee. In the drama, he sang Dancing With Myself, Dream a Little Dream Of Me, Stronger, and he danced on The Safety Dance. 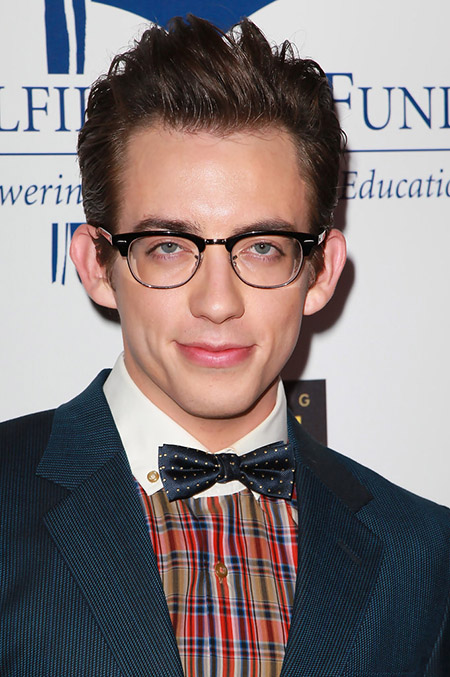 Before acting, McHale was into singing and was a band member of an American band NLT (Not Like Them). The band released few songs including The Girl, the band also made a guest appearance in the movie Bratz: The Movie before splitting on 30 April 2009.

McHale made his television debut from All That in 2005 and as they say the rest is history. The actor then appeared in Nickelodeon's teen drama series Zoey 101, HBO's dark fantasy drama series True Blood in 2008, and many others. He appeared in few music videos including Katy Perry's Last Friday Night (T.G.I.F.). 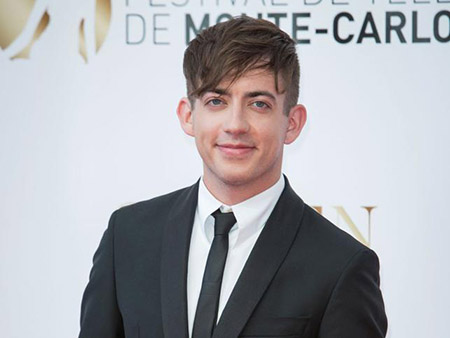