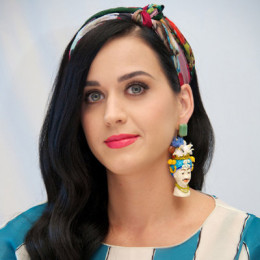 Katheryn Elizabeth Hudson is a singer,musician, actress and songwriter. She has received three Guinness World Records and was listed in the Forbes "Top-Earning Women In Music" for 2011, 2012, 2013. She is known as one of the best selling artists of all time who has sold over 11 million albums and 81 million singles worldwide. In August 2011, her single "Last Friday Night (T.G.I.F.)" went to #1 on the Billboard Hot 100.

Talking about her personal life, once she was married with her star boyfriend. The couple dated for sometime and then got happily married. Due to their busy schedule and busy life the couple could not have a proper bonding and slowly their relationship came to shade. They got separated after some months of their marital relation. Besides, she is has dated some of the stars but never resulted that to a successful marriage life.

He is an English comedian, radio host, author and actor. The couple were married in India among various popular faces but their relationship didn't last long.