Home Article Is Reality star Vienna Girardi Dating a New Boyfriend After Facing a Couple of Relationship Failures; Know Details About he Miscarriages of her Twins in 2017.

Is Reality star Vienna Girardi Dating a New Boyfriend After Facing a Couple of Relationship Failures; Know Details About he Miscarriages of her Twins in 2017. 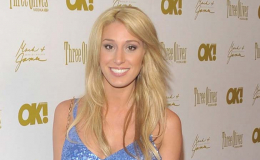 There's no second thought to say that The Bachelor star Vienna Girardi is rather one of the strongest women we know so far. She's the woman with a broken belly!

Soon after celebrating the gender revealing party with family and friends, Vienna Girardi came up with another revelation after some weeks that she's no more feeling heart beats inside her as her unborn twins suffered from a rare condition. Despite major trauma, Girardi is now living a happy life with her new beau all again! Wanna know who's her boyfriend? Just follow the path ahead!

Vienna Girardi's Relationship With a New Boyfriend: Who is She Dating?

After a number of heartbreaks in the past, it seems Vienna Girardi has finally encountered the love of her life. Yes, you are hearing it right!

The Bachelor star Girardi is now dating Jay Husagic who works in the real estate in Orlando. As the lovebirds appear in each other's Instagram posts frequently, we can say that they are growing very serious in their affair.

You May Like: The Bachelor's star Erica Rose is Engaged to Boyfriend Charles at Daughter's Birthday Party! Find out the details here

So, how long have they been in a romantic bonding?

It's on 27 September 2018 the pair celebrated one year anniversary of their relationship. 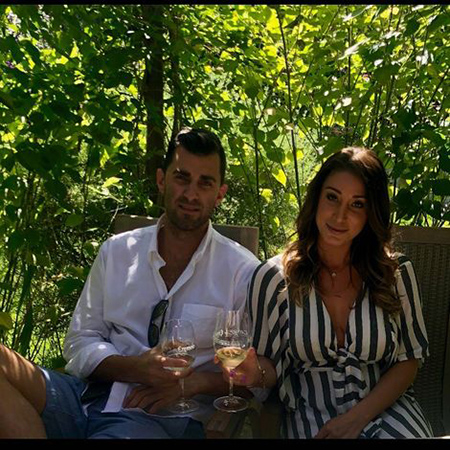 "From tequila shots last year at Epcot to wine tasting in Napa this year! What a year it has been with you!! Love you and happy anniversary! "

Here's another post of the duo enjoying a romantic vacation at The Cove Atlantis. Woh! both of them look sizzling hot! 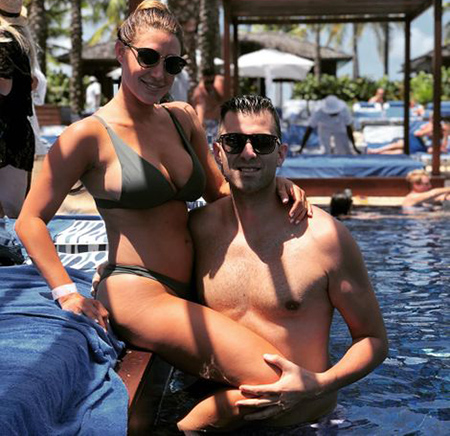 Vienna Girardi with her new boyfriend Jay Husagic enjoying a vacation at The Cove Atlantis.

All the above posts are evidence that the boyfriend/ girlfriend pair is doing pretty well in their relationship. Hope to see them getting married soon in days to come.

It's truly a moment of heartbreak when the mother-to-be stops feeling the new child inside her.

The Bachelor alum Girardi opened up about her miscarriage during an episode of The Doctors. She shared about losing her daughters in August less than a week after celebrating the gender revealing party with family and friends.

Happy Birthday my sweet girl#goddaughter Can’t wait to have one of my own one day!

"I found out about six months ago that I was pregnant — I couldn’t wait to be a mom. At 8 weeks I got another surprise — that I was having twins."

Along with the good news about her pregnancy, she was also informed about the rare condition of her babies that they may suffer from twin-to-twin transfusion syndrome where one twin takes more nutrients than the other.

"I was going into my 5th month and we thought we were in the clear. I started getting my nursery together and I had a gender reveal party and I picked out their names. Then a week later I was sitting on my couch and my water broke. I immediately called 911 and I remembered just crying saying, ‘I know my babies can’t survive at 18 weeks.’"

After getting an ultrasound, she came to know that their hearts were no more beating inside her.

"Two weeks after I made the announcement of my gender reveal, I had to then announce I had lost the babies."

"For the most part, I try my hardest not to think about it, but every day I get in the elevator and there’s a lady in my building who’s pregnant and I stare at her belly the entire elevator ride up. Every time I hold my goddaughter or hold my niece, I don’t wanna let them go."

Totally a devastating circumstance for a soon-to-be mother!

SeaWorld feeding the stingrays. What a cool experience. #goddaughter

She continued adding that her doctors told her she might not be able to conceive a baby in the future.

Still, she finds her daughter in her niece and her goddaughter. Every time she meets those kids she develops a kind of attachment with those kids and she gets it so tough to let them away!