Home Article Stephanie Davis; is she Dating someone after her Controversial Relationship with former Boyfriend Jeremy McConnell? See her Affairs and Relationships

Stephanie Davis; is she Dating someone after her Controversial Relationship with former Boyfriend Jeremy McConnell? See her Affairs and Relationships 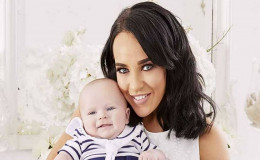 Stephanie Davis; is she Dating someone after her Controversial Relationship with former Boyfriend Jeremy McConnell? See her Affairs, Relationships, Career, and Child here.

An English actress, Stephanie Davis is popular as one of the contestants of the seventeenth series of Celebrity Big Brother and also from the BBC show Over the Rainbow and as Sinead O'Connor from Hollyoaks.

Along with her work, her personal life is also the talk of the town. Mostly because of her controversial relationship with ex-boyfriend Jeremy McConnell which later became the police case.

To know more about her dating life, career, and relationship stay with us!!!!!

Davis, after breaking up with Jeremy is found to be single these days with no news of having a boyfriend. She is seen hanging out with her friends and keeps on partying as well.

She was spotted at many places fully drunk; confessing the pain that she felt through her past relationship. As of now, her current relationship status is single and she is trying really hard to move on.

The best night ? laughs with my bestie @jayroberts94 ? Thankyou for making me laugh again? ?? ?

Absolutely lovely family day at Windmill Animal Farm with my little boy, some cracking photos to follow, Caben was so scared of the goat????xx defiantly recommend it to take your little ones?? don't know who had more fun, me or the kids????

The beautiful single mother is enjoying her singlehood but we really hope for her to find the perfect match very soon.

While taking part in the popular reality show, Celebrity Big Brother, she met her ex-boyfriend, Jeremy McConnell, an Irish model who was also one of the contestants. It did not take much of a time for the couple to fall for each other and soon they started dating.

Moreover, after the show, the two began their live-in relationship and everything seemed so perfect until it was the time for them to face the reality.

Well, falling in love is easy but to maintain the relationship is difficult. Though the pair was very much in love they could not handle the pressure of the relationship which led to constant fighting, misunderstanding and at last break up.

You guys might be thinking their love story was over but wait there was a lot to come for this duo.

After breaking up, Stephanie found out that she was six months pregnant with Jeremy's child. She shared the news with him and as the pair was not together Jeremy demanded the DNA test as it was proved he was the father of the child. 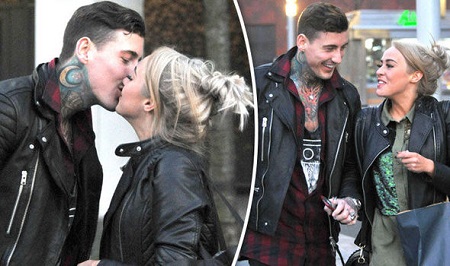 Finally, the day came when they welcomed their first child in January 2017 and named him Caben-Albi George Davis. The couple posted several pictures with the family including the two and the child. 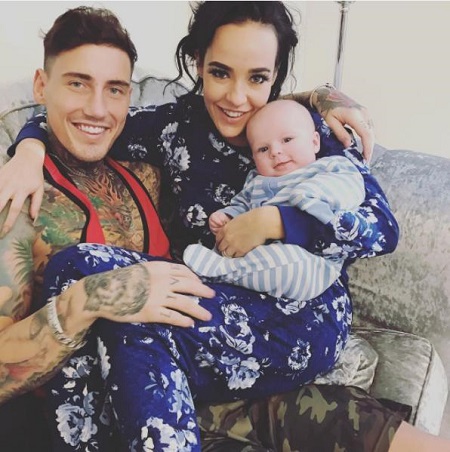 Stephanie, Jeremy and their child, Source: The Sun

Everything was going right until the day when they had a huge fight between them which later became a police case. It was the time when she was pregnant with their second child.

Stephanie was arrested in the accusation of attacking her ex as he was literally in blood and with a broken nose and many other scars in his body.

Whereas, Jeremy was also arrested and sentenced to prison for 20 weeks and was also suspended for 12 months from his job for attacking his pregnant girlfriend and was accused of human violence. 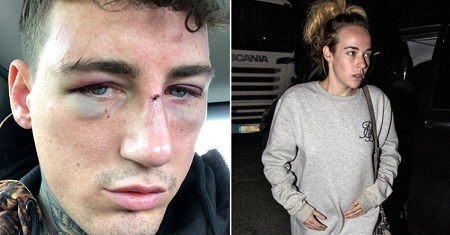 After the fight of Jeremy and Stephanie, Source: metro

He, however, denied about hitting his ex and stated,

After much of a drama, the couple split and has started living their own life. Unfortunately, after certain weeks of their separation, Stephanie suffered a miscarriage and lost their second child. 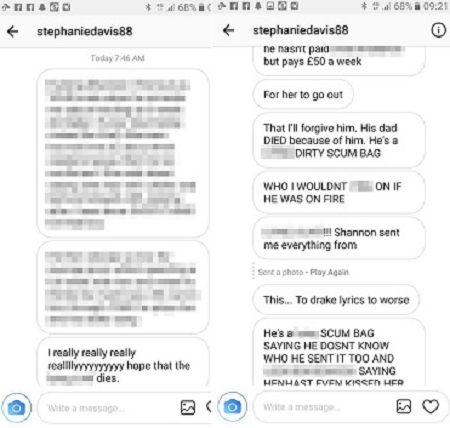 She further added that it all happened due to the stress by her ex and also claimed that he killed their child. And was really heartbroken.

At last as per the speculation, both of them used to consume a huge amount of alcohol and drugs which lead their relationship to end on such bad note.

They even confess that their relationships problems were due to the alcohol and drug problem. 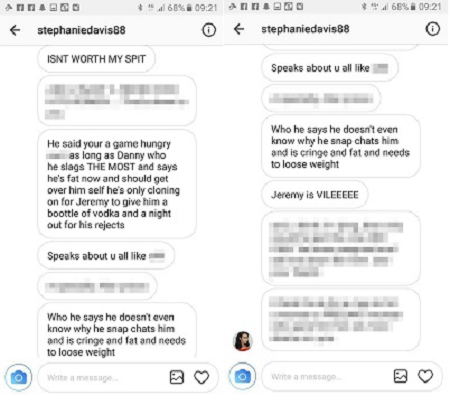 Her Past affairs and Relationships

Before engaging in a controversial relationship with Jeremy, she was in a relationship with few other guys. Before appearing in the Celebrity Big Brothers, she dated the handsome hunk, Zayn Malik in 2011 which she revealed in the show. 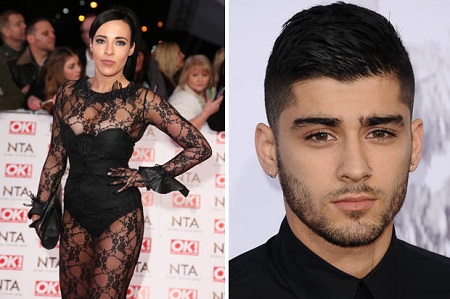 This shows that there is no hayed between them and separated in a mutual concerned. Moreover, after Zayn, she also dated Sam Reece a non-celebrity.

She was in a relationship with him before appearing on the show as she claimed that she is going to miss him like hell and used to love him a lot. 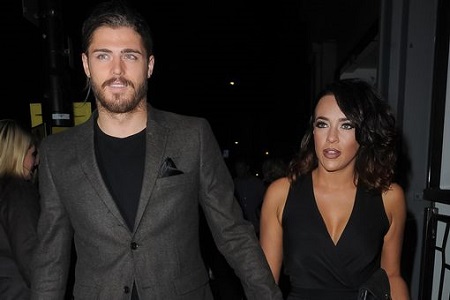 Sam Reece a and Stephanie in an event, Source: Mirror

But a strange thing happened in the show, as Davis cheated on her boyfriend and spent romantic time with Jeremy. This made Sam rose to fame and became the celebrity face after that.

The whole nation was watching the cheater girlfriend however, he remained silent and did not talk about the relationship.

Stephanie started her career right from her childhood appearing as an actress in the Liverpool Empire Theatre's production named, The Sound of music with the role of Gretal.

This proves that she is a born artist. Soon after her first appearance in the theatre she again worked in another theatre play.

Since 2007 she began appearing on the TV with some minor roles in the series including Parents of the Band and Holby City from which she grabbed much of the attention even after the minor roles. 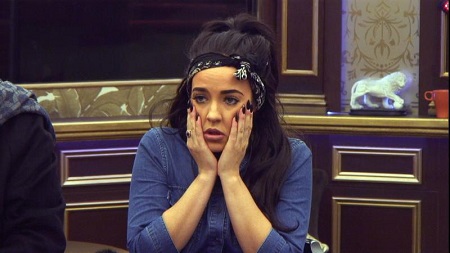 Moreover, she took part in a BBC talent search show called, Over the Rainbow after which she gained a role in the series, Hollyoaks.

In 2015 she took part in the British reality television game named, I'm a Celebrity… Get Out of Here! In the fifteenth season and she again appeared in another reality show called, Celebrity Big Brother in the seventeenth season. 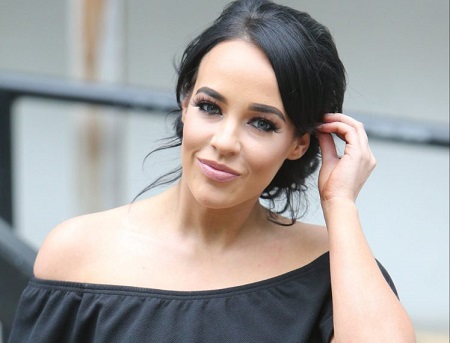