Home Article Stranger Things actor Charlie Heaton is dating his Co-Star. Find out about his relationships and affairs

Stranger Things actor Charlie Heaton is dating his Co-Star. Find out about his relationships and affairs 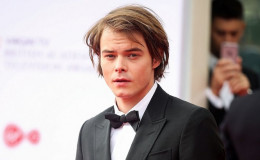 charlie Heaton has gained popularity in the film industry. Keeping celebrities relationship status secret many questions may arise. Is he married or dating someone?

Charlie Heaton who is famous for his beloved character in "Shut In" and "Stranger Things" is a remarkable actor and on the top of that, his killer looks and those eyes are enough to fall in love him.

Well, talking about love, Charlie's romance rumors are hitting the news these days.

But our dashing 22-year-old Charlie is in a relationship with his co-star Natalia Dyer. The couple is frequently spotted together in different events and award functions. 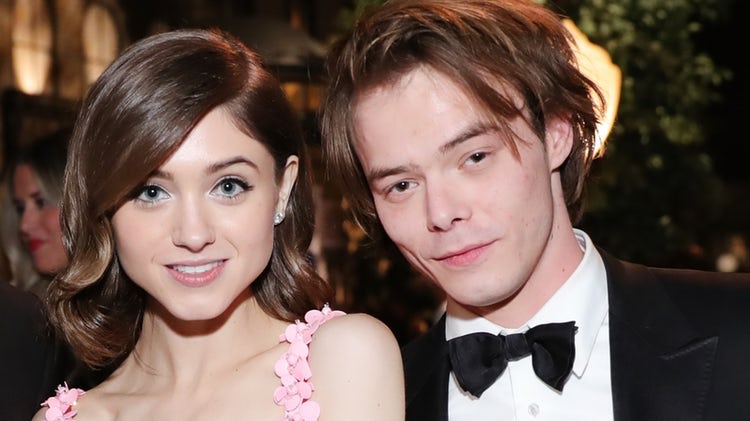 The duo met on the set of the "Stranger Things" and along with their growing closeness, their dating rumors also started. Though the couple has not officially declared their relationship it is obvious that they are together.

They look amazing together and we wish to hear more from them in the near future.

@nattyiceofficial Need my converse back!

To the best of times with the best of friends! Thank you @goldenglobes & @instylemagazine for hosting us. I've had an incredible very fortunate year and I'm so honoured to have been a part of it all. ??Also thanks to @netflix & @gucci ????

Heaton was born in Bridlington, England. Later on, after his childhood, he moved to London to join London noise-rock band and worked as a drummer for more than a year.

In 2016 Charlie was seen in the big screen movie "Shut In" (A horror movie) and in the same year, he also appeared in Casualty in BBC One's medical drama series.

Moreover, he played in the Netflix supernatural drama series "Stranger Things" which finally made him famous.

For more information be in touch with us.