Home Article Is Sunny Anderson Secretly Married or Dating a Boyfriend? Know her Affairs and Relationships

Is Sunny Anderson Secretly Married or Dating a Boyfriend? Know her Affairs and Relationships 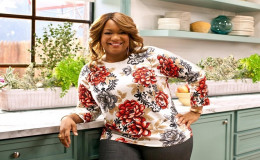 The Food Network face, Sunny Anderson is currently single and yet not married and waiting for her love of her life.

A food Network personality Sunny Anderson is mostly known for hosting the show "How'd That Get On My Plate?" She certainly knows how to make her food tasty and spicy but does she know how to make her life spicy?

Is Sunny Anderson secretly married or dating a mysterious boyfriend? If these are things you want to know about your favorite chef than you have come to the right place.

Here we present you all the information you want to know about Anderson. Stay with us!!!

Sunny Anderson; Her Dating life including Boyfriends, Affairs, and Relationships

Being more focused on her professional life, she somehow has ignored her personal life. Though it is quite unbelievable the diva is assumed to be single these days with no rumors of any affairs.

She is more focused on her career. Sunny has dated some guys in her past but as of now, she is not with any one. Here is what she said about her dating life and the reason behind her being single on "The Rachel Ray Show".

"I like a guy that treat people kindly and smile....I Like to find a man that reminds me of all the great man I have met ever in my life....I love to date more but I work from home so there is very less opportunities for me to be out there and meet someone".

When asked about why she is still single, she said:

"The guys that I have been in serious relationships with that I really truly gave my all and truly love and that I actually thought about forever with and family and stuff like that.....they let me down..you...in some really significant ways"

It is not like she does not want to fall in love, she is just waiting for the perfect one. And we know though it is difficult to wait... some people are worth waiting.

"No I'm not alone when after bad breakups I don't trust my relationship decision-making mechanism ..I think that's why I do not have a relationship now. It's not like I have high standards...I know when I feel it's right

Happy Valentine's Day to my parents. I'm seeing plenty of young love on my TL, but I wanted to talk about this OG love they have. Married for 46 years, and they are still in love like teenagers. One from North Carolina, one from South Carolina, but somehow they met. It's disgusting...their love... lol. But that love I watched as a kid and see now, has shown me the way. Through so many life changes, a jillion moves to cities and countries unknown...raising 2 kids and 2 dogs with the occasional tadpoles and hamsters. Supporting each other not only as parents, but as university students while they raised a young family. Not always having money, but being rich. Striking out and seeing the world together with adventurous hearts. And ask me if I ever saw them fight or disagree...nope. Just two annoying people in love lol...because of them, I know what it looks like, it's not just opened doors and foot rubs, but yes that happens...love is and should truly be unconditional. Who do you choose to ride out with, through thick and thin? Because of them I know what it looks like and feels like to have a real love and joy in your heart in general, and a real love and joy in your heart for another person. Hope you pressed play, that's their song. ?? Happy V Day Mommy & Daddy and anyone else down for that 40+ year journey

Well, she is such a sweetheart and we really wish to see her falling in love and enjoying her life to the fullest. 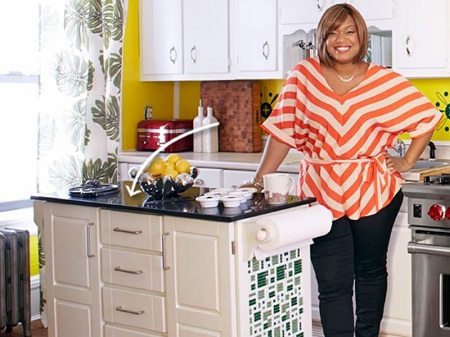