Is Symonne Harrison Married to Nick Bencivengo? Get Details Here 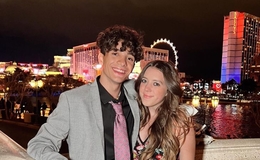 Symonne Harrison walked down the aisle with his boyfriend, Nick Bencivengo, at a young age. The couple received backlash from the internet since Nick, aged 18, got hitched to Symonne, a high schooler. Learn more about their dating and marriage and dating here.

After eight months of dating, the media star, Symonne Harrison, broke all hearts when she announced her engagement to her boyfriend, Nick Bencivengo. Let's look at their married life and get close to the YouTube star couple.

Nick Bencivengo shocked everyone and broke all the stereotypes about marriage when he blogged the romantic proposal in Las Vegas of him getting down on his knees. The video showed the amount of love they share between them. 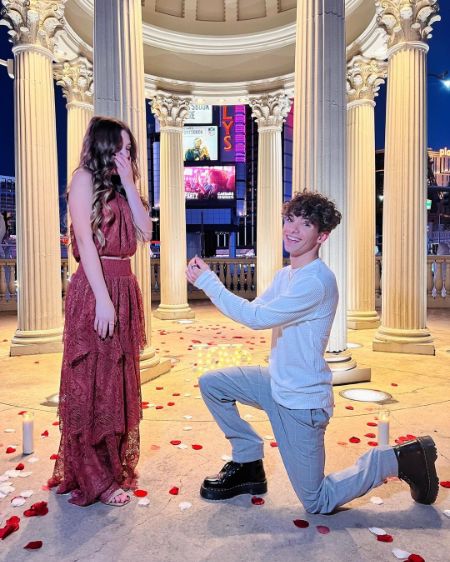 Nick Bencivenga gets down on his knee to his girlfriend, Symonne Harrison. SOURCE: Instagram(@nickbencivengo)

Both are making headlines and trending on the internet, wondering everyone about their Symone is best known talented YouTuber recognized widely due to her dancing skills.

The rising Tik Tok star and his lady love have been in a relationship for a long time. Their fans can't believe how the two could marry at such a young age. But as we have mentioned above, Symonne was ready to exchange the matrimony vows with her man. 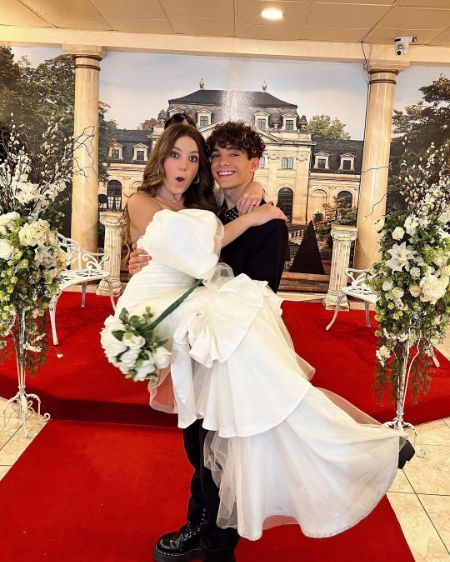 After the engagement announcement in early January of 2022, the pair finally got hitched on Janaury 8, 2022, in a beautiful yet private wedding ceremony in their parents' attendance.

The duo was then transported to the chapel by Limousine from their venue in Vegas. The 18-year-old complemented each other in their wedding picture. 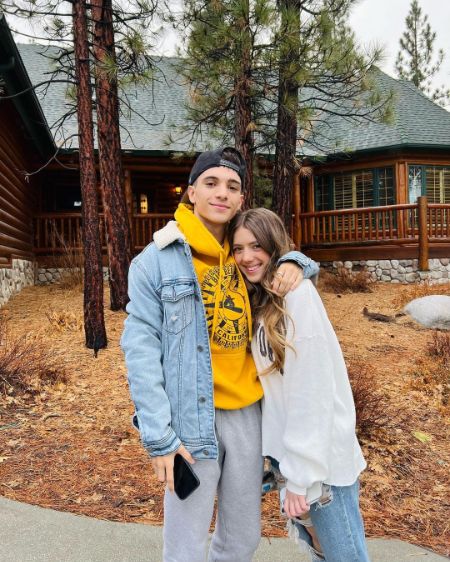 The caption on the photo reads, "I'm thrilled to begin this next chapter of my life with Symmone. We are similar individuals who have the same outlook towards life" on his Instagram account.

Who is the Partner of Symonne Harrison?

Nick Bencivengo is an artist known for his comic-based content and has been attracting fans. Nick came into Harrison's life as a part of her team and eventually became her boyfriend. Let us tell you that Nick is also a popular TikTok creator.

Here's the wedding video of Nick Bencivengo and Symonne Harrison.

Furthermore, Nick has gained over 4.1 million active TikTok followers amidst his journey in social media, which is massive. On his dance-centric, comedy and lifestyle-based Instagram channel, Nick has passed more than 459k followers.

If we look at the newlywed's physical look, both seem to be still in their teenagers. Their admirers questioned their decision because of their relatively younger age, but Nick felt it was the ideal time for him.

The difference in age between them is just three years, Symone was born in 2006, and Nick is three years older than her, born in June 2003, currently aged 15.

However, the duo faced a backlash saying that Nick, an adult and Symone, a minor high schooler with different maturity levels, were getting married. Despite all that,  family members of both parties supported them moving together.