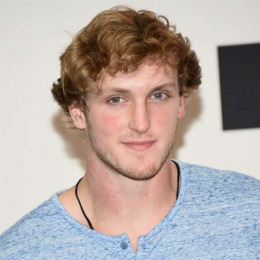 Logan Paul is a vine star who is widely famous for his worldwide famous Vine account where he has tons of followers. In each of his 6-second videos, he brings a large amount of energy and high production value. He has over 1.5 million followers. Despite being a Viner, he is a former State Champion wrestler who then enrolled at Ohio University as an engineering student.

Moving on to his personal life, he is currently single. Actually, he has stayed low profile when it comes to his personal life details. Till now there is no any information available about his family background and childhood status. The fact is that personal information about him isn't available on the internet. We can check out his vine collections through https://vine.co/LoganPaul.

Logan Paul was born on 1st April 1995.  There are no records of his parent's occupation and family history. Logan went to the Westlake High School. He had a passion for wrestling and ended up winning the State Championship from Westlake, Ohio.

Paul earned a full academic scholarship as an engineering student at Ohio University. He has two sibling brothers named Jake Paul and Roman Paul, the former being a famous internet personality.

Logan Paul is a professional social media entertainer and actor. He first gained fame through videos posted on internet video service called Vine. In 2014, he made his first movie appearance as Carl in Rainbow Man.

Meanwhile, Paul's first theatrical film was the 2017 science fiction film The Space Between Us. Moreover, he made a TV appearance with the episode Law & Order: Special Victims Unit.

Although the internet star is reportedly single, he has previously been spotted with many celebrities. The most famous one is with the Agents of SHIELD star Chloe Bennet. The couple met while doing the movie Valley Girl.

Though the true nature of their relationship is unknown, the couple was seen multiple times hanging out together. Chloe later unfollowed Logan from all of her social media and is no more in contact with Logan.

Before Chloe, he hooked up with Teala Dunn. Teala is an American actress, comedian and a singer who has appeared in the TBS sitcom Are We There Yet? and runs her own YouTube channel named as Tealaxx2.

Before Teala, Paul was in a relationship with the model Jessica Serfaty. The pair made several vines together and lived together for nearly seven months in Logan's "vine house".

Although there were many rumors that Jessica cheated on Logan but they reportedly had a mutual breakup. Moreover, he has dated Alissa Violet, Amanda Cerny, and Chantel Jeffries.

Logan was appealed to remove the video as it was quite disturbing. The worse part was he laughed and joked in front of the hanging corpse of the suicide victim. Even his own subscribers criticized him. He soon released an apology video and announced that he would take some time off vlogging.