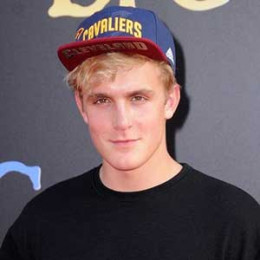 Jake Paul is an American actor and one of the new rising stars who rose to internet fame on the now-defunct video application Vine. As an actor, he was cast as Dirk on Disney Channel's Bizaardvark, Lance in the YouTube Red Original Movie Dance Camp, and Dugan in the FOX Digital movie Mono. He was nominated for a �Shorty Award� in the Videographer category.

The immensely talented personality Jake Paul took birth on January 17, 1997, in Cleveland, Ohio, United States. His birth name is Jake Joseph Paul. He was raised along with his two brothers, Logan Paul and Roman Paul by his father Greg Paul and his mother, Pam Stepnick. Jake started his premier education at Westlake High School in Cleveland, Ohio.

Since his childhood, he was interested in sports and played different sports like football and wrestling. Also, he stood fifth at a state wrestling tournament.

Jake inaugurated his career on September 2013 uploading videos on Vines. In 2015, Jake portrayed the main role as Dirk alongside Olivia Rodrigo and Madison Hu in Disney Channel’s new sitcom Bizaardvark which was his one of the biggest achievement. In the same year, he got many roles in the short movies such as Dance Camp, Mono, The Monroes, Airplane Mode.

He also created Vine videos with notable names like Virgin Mobile, HBO, Ritz, and Pepsi. The amusing videos that he uploads from time to time promoted his fame over social media.

On January 17, 2017, Paul launched his new company, TeamDom which focused on Powerful brands, stories, celebrities and business around teen entertainment and media. For his most promising works, he won nominee for numerous awards such as Shorty Award for best comedian, Videographer, and best Vine comedian.

The now, 20-year-old Jake Paul is the young celebrity of present time. On June 19, 2017, he marries Erika Costell for 25 days to their Show named Team 10 but in reality, they are a just girlfriend, boyfriend.

Previously he was in a long-term relationship with his girlfriend Alissa Violet, a model, and an Instagram star. The beautiful couple dated after getting associated with the Vine channel. Their love affair was all over the youtube world and soon became a renowned couple among teenage fans. However, their love story ended in February 2017.

The main reason for the duo's separation was that Jake's girlfriend Alissa Violet was caught at Logan's home cheating on him. Jake then dated Tana Mongeau whom he even wed in Las Vegas in 2019. But the two couldn't last.

Additionally, Jake has been now seeing adult model, Julia Rose, the founder of SHAGMAG. Jake shared a snap of kissing Rose on the cheek on Instagram.

The famous actor is active on the social site, and his Youtube Channel has over 1.5 million subscribers, and he has over 9 million followers on Instagram.

Currently, Jake is living a luxurious and glamorous lifestyle. As of 2017, his current estimated net worth is around $2 million dollars.