Home Article Is The 29 Years NCIS: New Orleans Actress Shalita Grant Married Or Dating Someone as Boyfriend; Her Career And Personal Life At Glance

Is The 29 Years NCIS: New Orleans Actress Shalita Grant Married Or Dating Someone as Boyfriend; Her Career And Personal Life At Glance 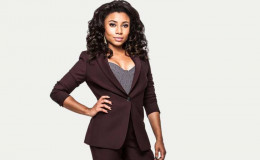 The 29-year-old American actress Shalita Grant is most probably single at present. She is keeping her personal life in secret.

Shalita Grant, an American actress who started her career performing in theatres received a break in NCIS: New Orleans after long struggles and countless failures in auditions. She's now a well-known face and fans favorite. But her fans became very sad when she decided to leave the show earlier in January 2018.

Besides her professional career, her romantic relationship is also the matter of curiosity for many. Amid long speculations going on, the star is not ready to spill the beans on the very topic. Let's find out whether she is dating someone or single.

It's been many years since her personal life became a matter of curiosity among her fans but it seems the diva is still not ready to talk about the very topic. 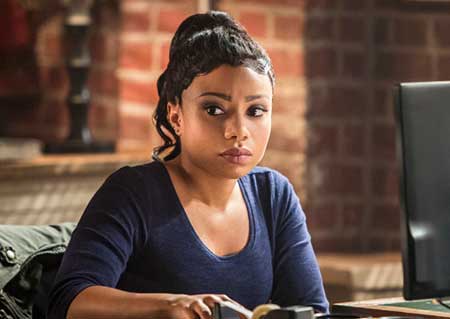 She is famous for her role in the series, NCIS
Source: TV Line

Basically focused on upgrading her career, she isn't ready to date and start a romantic phase of her life.

Still, her fans were happy to see their favorite star on screen as an NCIS Agent but things turned down when she decided to leave the show in January 2018.

Get the details over here:

Sources reported that her departure from the show is totally amicable and mutually agreed.

She performed as Percy, a former ATF agent recruited to the NCIS unit in the first season. She received an opportunity to star in the 2nd, 3rd and 4th season alongside Scott Bakula, Lucas Black, Zoe McLellan, Rob Kerkovich, and Vanessa Ferlito.

She performed her final episode of the 4th season that aired on the television on 3rd April 2018.

"It’s just time for a change. This is about moving on to the next great thing."

The veteran of many Broadway productions is totally oriented in her career right now. We hope to see her in new contracts.

Grant performed as Cassandra in the comedy Vanya and Sonia and Masa and Spike. The play won the Tony Awards in the category of Best Play and the Drama Desk Award for Outstanding Play.

She was nominated for Best Featured Actress in a Play in 2013. The same year she won Theatre World Award for Outstanding Broadway Debut.

She worked in The Pearl Theatre Company and The Public Theater productions.

You are enough and that's enough. Now shine bright like these yellow stilettos. ??? ? #shine #loveyaself

Following the outstanding achievements in theatres, she moved to Los Angeles to start a TV career.

During the days of her struggle, she gave around 54 auditions within a year and received failure every single time.

Briefly, she worked as a bartender before landing a series of guest roles in Bones, Melissa & Joey, Battle Creek, and The Good Wife and finally, she became a series regular on NCIS: New Orleans.

She also performed in some short movies like Empire Corner, Invisible, and a documentary named Rehearsing a Dream that received an Oscar nomination. 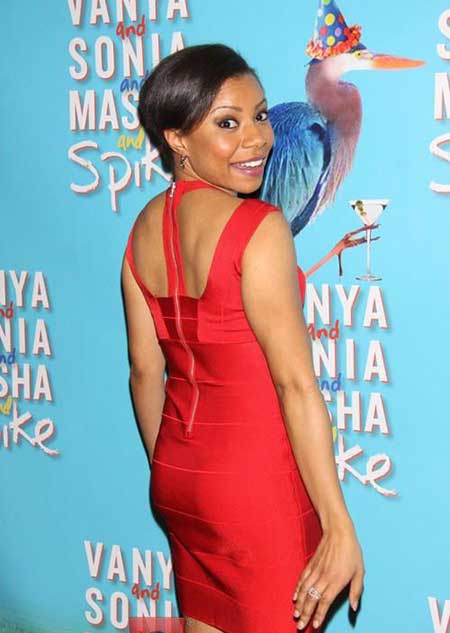