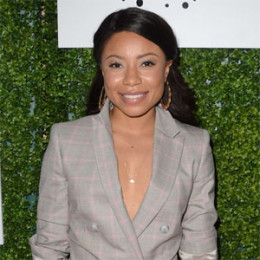 An American Tony Award Winning actress, Shalita Grant is best known for her role on CBS�s series, NCIS: New Orleans. Along with Tony, she also won the Theater World Award and Drama Desk Award after appearing in several documentaries and plays. Grant began her acting career right from her school. Apart from her professional life, she is currently single and is not yet married.

Shalita Grant was born Shalita Faunya Lereane Grant on 28th August 1988 in the Baltimore, Maryland with the birth sign Virgo. She is American by nationality and belongs to African American ethnicity.

Grant finished her schooling at the Baltimore School of Arts in Maryland where she became the winner of Young Arts in Theater and was granted Presidential Scholar in the Arts. Later, she earned B.F.A degree in drama from the Juilliard School in 2010.

Grant acted in a number of movies and series including the 2015’s American comedy series, Battle Creek. She began her acting career at her school. She gave an audition during her high school where she performed in a scene from A Raisin in the Sun, a play by Lorraine Hansberry. After the performance, she got much attention and began acting.

Amongst all her works, she is best known from the series NCIS: New Orleans where she shared the screen with Scott Bakula, Lucas Black, C.C.H. Pounder, Daryl Mitchell, Rob Kerkovich,  and Vanessa Ferlito. In addition, she is also popular for her role in the play named, Vanya and Sonia and Masha and Spikes for which she was even nominated for the Tony Awards.

Besides, her credited documentary, Rehashing a Gream was a nomination of Oscar. As of 2015, she worked with the team members, Josh Duhamel, Dean Winters, Kal Penn, Janet McTeer, Aubrey Dollar, Liza Lapira and few others in the series, Battle Creek.

Shalita Grant is openly Lesbian. She married her wife, Sabrina Skau in August 2018 in an intimate ceremony.

Apart from these, she is involved in an anti-racism organization named, A People’s Institute for Survival and Beyond that helps to reduce racial discrimination. Apart from all these, she is also a fitness freak who loves to exercise and maintain her physique.

The 30 years old (as of 2018) beautiful actress, Grant stands at the height of 4 feet 11 inches (1.5m).  She has not revealed about her net worth to the media and public. One of her co-star from the series, NCIS New Orleans, Scott Bakula has an estimated net worth of $10 million.

Besides this, she might have made her income from her roles in some of the series, plays, and movies. Keeping aside her income, she expenses much of her income in traveling and on designer dresses and accessories.