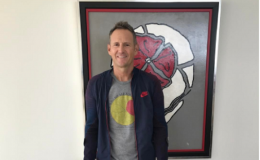 Fans assumed that celebrity chef Giada De Laurentiis and her husband Todd Thompson's relationship was going great until the couple announced their divorce in 2014 after over a decade of blissful married life. The duo actually was together for over two decades as they started dating during the 90s.

After the divorce, Laurentiis started dating Shane Farley but what about her former husband? Has Thompson moved on and found a new love? Who is he dating currently?

What Is the Current Relationship Status Of Todd Thompson? Is He Dating Someone?

Todd Thompson is currently in a relationship with model Heather Lacombe. Thompson and his model girlfriend are quite open about their love life as they sometimes post about each other on their respective Instagram. 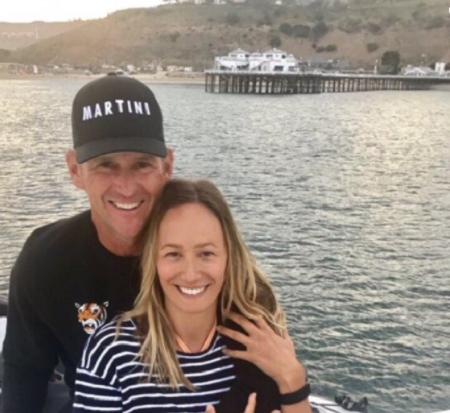 Thompson and Lacombe are desperately in love with each other. The reality star also took to Twitter to wish his girl on her birthday on 28 October where he shared a snap of him hugging his girlfriend from the back.

Not only Thompson, but his girlfriend also doesn't miss a chance to share her loving boyfriend on her Instagram. On her recent Instagram post, she shared a cute snap of two with a caption:

"Love cures people, both the ones who give it and the ones who receive it."- Dr. Karl Menninger. I love you so much @toddmthompson."

Thompson also shared the same snap on his Instagram with kissing emoji. It looks like the couple is totally in love with each other.

Beautiful Windy day in Capri with my Girls! pic.twitter.com/FA6M9WAMpP

It's pretty clear that Thompson and his girlfriend are enjoying every single day of their life as Todd regularly posts amazing images of the pair via Twitter.

Thompson is rarely active on socials for the very reason there are no such pictures or posts which hints he and Heather have tied a knot. But one thing is sure, Todd fathered two children- a son and daughter with Lacombe.

Well, every single fan of Thompson has the same question in their mind that when will the new couple get married. Though Todd and his sweetheart are taking some time to take steps in their life, we are pretty sure that they will always be together.

Previously, he dated Giada De Laurentiis, the television personality. The former couple was together for over two decades. They started dating when Laurentiis was 19.

The celebrity chef and the fashion designer tied the knot on May 25, 2003. The former couple welcomed their only child together, daughter Jade Marie De Laurentiis-Thompson on March 29, 2008. 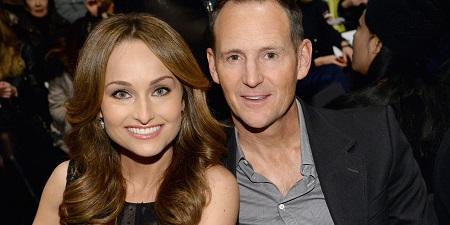 Thompson and Laurentiis' relationship came into trouble since 2011 after the ugly rumor of Laurentiis' cheating with John Mayer. In an interview with Redbook in 2011, she revealed how embarrassed Thompson's family due to the rumor:

"The John Mayer incident was completely unexpected. I was shocked. And not so much for me, but for my husband and family. My family is used to that sort of thing. But my husband’s family is not. Todd was embarrassed that his family in Michigan would see it and think, What is going on over there in Hollywood?"

The couple decided to call a quit after over 11 years of marriage. She announced their separation on her website with a statement in 2014:

"After an amicable separation since July, Todd and I have decided to end our marriage. Although our decision to separate comes with a great deal of sadness, our focus on the future and overwhelming desire for our family’s happiness has given us the strength to move forward on separate, yet always connected paths."

"Todd and I share a beautiful daughter and a lifetime of great memories that we both treasure more than anything. We are so thankful for our friends and family, and really appreciate the support in this time of change."

The divorce was finalized on September 3, 2015. It was settled after Laurentiis agreed to give their $3.2million house in Pacific Palisades and $300,000 in art and furnishings to Thompson and $9000 per month in child support.

That's not all, the fashion designer will also receive a percentage of royalties from Giada's cookbooks and from her TV appearances. Todd already has a net worth of $8 million, he profited somewhat from the divorce.

Though the couple's marriage ends up due to public allegations against Giada as she cheated her husband not once but many times, Yet, the divorce was amicable.The couple shared joint custody of the daughter, Lane.

Despite being divorced, Thompson and Laurentiis share a good relationship. The proud parents also spend a fun time with a daughter which Laurentiis.

The former couple dined out together on the occasion of their daughter's 10th birthday at Benihana in March 2018.

They ended the day with a bowl of ice cream after singing "Happy Birthday" to their daughter.

You May Like: Chef Anthony Bourdain and his wife Nancy Putkoshi got divorced in 2005. See their current relationship status 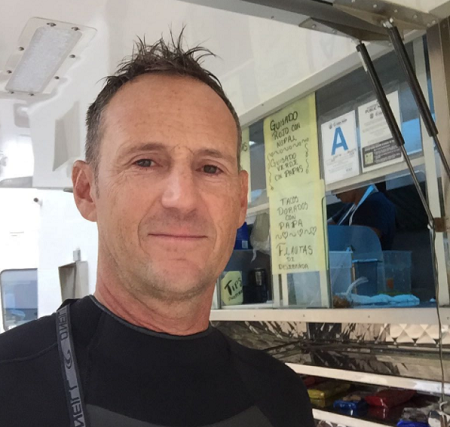 For more interesting Gossips and News do visit Marriedwiki.com/article!!!