It's a Girl! Adam Levine is expecting Baby Daughter with wife Behati Prinsloo 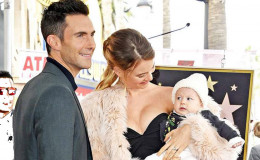 The star couple Adam Levine and Behati Prinsloo are expecting their second child. They are already parents of Dusty Rose; their first baby girl.

It's a Girl!!!!!! Hollywood's one of the star couples Adam Levine and Behati Prinsloo are expecting their second child and yes you heart it right they are having a daughter.

The Maroon 5 frontman Adam and his model wife Behati who married in 2014 are already the parents of 3-year-old daughter Dusty Rose Levine.

Adam and Behati are expecting their second child soon and the duo is having a girl. The singer revealed the news during an interview with Ellen DeGeneres on The Ellen show on 7 November. 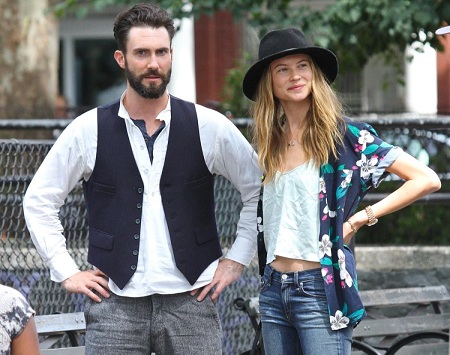 'It is a girl. We are having another girl.'

He even added that he wants to have many kids, He added,

'I want a lot. I thrive with chaos. I really, generally enjoy and love it.'

Since his wife, Behati is the only child in her family she wants 'like 100 babies.' 'But I don’t know if I could do that.'

Behati is almost seven months pregnant and they are soon going to be the parent for the second time.

She recently appeared on the pink carpet of the LACMA Art and Film Gala in 2017. She wore a green mini dress and her blossoming baby bump was pretty clear.

Levine and Victoria's Secret model Behati Prinsloo began dating in May 2012. After being in a relationship for almost two years, the duo tied the knot in July 2014 and welcomed their first child, Dusty Rose Levine in the month of September 2016. 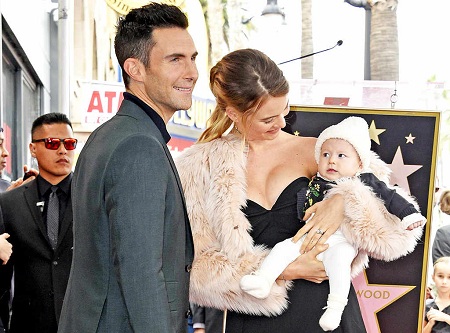 It's again the month of September when Prinsloo revealed her pregnancy. She flaunted her baby bump on Instagram.

Got myself out of my maternity jeans just to celebrate the very talented @hungvanngo. LOVE YOU, you deserve it all. Thanks @instylemagazine for a beautiful dinner ? glam: @cwoodhair ???? @michaelashton ?? styled by me ??

We can't really doubt on their married life as the duo is very happy together. Look how Adam adored his beautiful wife with all possible words in Ellen's show: 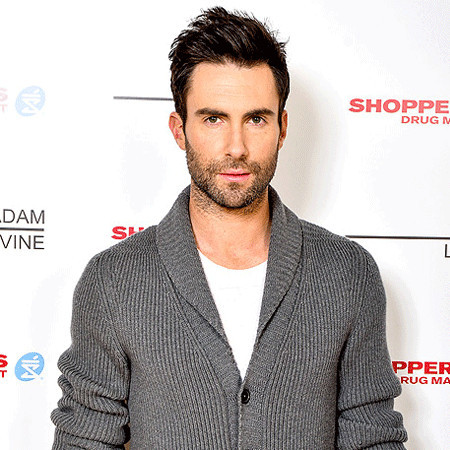