It's Over! Vanessa Trump filed for Divorce from Husband Donald Trump Jr 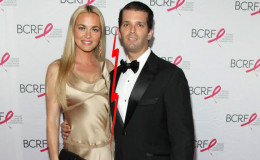 Vanessa Trump has filed an uncontested divorce from her husband of 13-years, Donald Trump Jr at the New York Court.

Looks like distance got the better of their relationship.

Vanessa Trump announced she will be separating from her husband Donald Trump Jr. With the filing of their divorce, it will mark the end of their 13-year marriage.

After more than a decade of a stable relationship seems like Don Jr. habit of traveling cost him his wife. 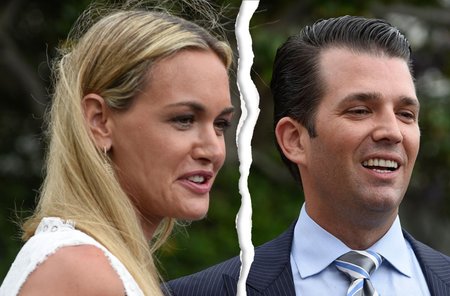 Vanessa and her husband Don Jr are officially calling it quits

The shocking news came last night after she filed her documents in the New York City Court. Soon after the couple came forward and released a joint statement.

"After 12 years of marriage, we have decided to go our separate ways."

"We will always have tremendous respect for each other and our families. We have five beautiful children together and they remain our top priority. We ask for your privacy during this time."

The main reason for their divorce, according to many sources, was the lack of communication between them. For over a decade the secret behind their stable marital life was spending time together.

But as we all know, being popular can cost your personal life gravely. It was the media attention the Trump family was getting which got the better of their relationship.

For the past few months many reports suggested there are some problems in their marriage and when she filed for the divorce yesterday, it put the last nail in the coffin.

The son of Donald Trump, the current President of the United States, is yet to make any remark on the matter.

The couple exchanged wedding vows on November 12, 2005, at his Mar-a-Lago estate. Roughly around 370 guests were in the attendance.

Don Jr. who is very active on his Instagram account, last posted the photo of his wife earlier this year in February during his son Donald Trump III's birthday.

Vanessa filed for an uncontested divorce which means the couple will not be having any legal dispute over the custody of their children and assets.