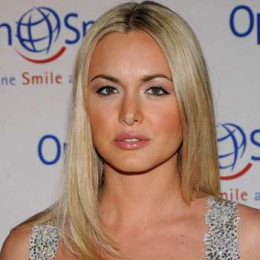 Vanessa Trump is a well-known celebrity, who has been known to be the wife of another celebrity of America. She is of American nationality and is a designer by profession. She is the daughter in law of Republican Donald Trump and has been involved in the presidential campaign to make him win, along with her children and husband. She has recently risen to the heights of fame.

Vanessa Trump was born on 18 December 1977 in New York City, New York to Bonnie Haydon. She has a sister named Veronika Haydon.

She studied at The Dwight School. Her stepfather Charles Haydon was of Jewish descent and her mother is of Danish origin.

Trump started her career as a model in her teens and twenties. She worked with the Wilhelmina Models.

She performed in the 2003 movie Something's Gotta Give alongside Diane Keaton and Jack Nicholson.

The exact net worth of Trump is still under review. Her former husband, Donald Trump's estimated net worth in 2018 is $3.1 billion.

Trump was previously in a relationship with Leonardo DiCaprio.

She met Donald Trump Jr. in 1998 and started dating. The couple lived together until 2001.

Some pics from a great Christmas Day with the kids. #christmas #family #holiday

Though the couple has been separated, they made an effort to reunite and celebrated Christmas together along with their five kids.

Vanessa has been happily married to the son of presidential frontrunner Donald Trump. The couple has five children together.

Kai is the first child, a daughter of Vanessa and Donald.

Donald is the second child and son of the couple.

Chloe is the couple's third child.

Tristan is the couple's fourth child.

Spencer is the couple's fifth child.