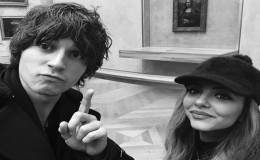 English singer Jade Thirlwall has been in a relationship with bassist Jed Elliott since 2016. They are very happy in their relationship.

English pop singer Jade Thirlwall is doing really well in her career as a popular member of the all-girl group 'Little Mix'. She rose to fame after winning The X Factor in 2011.

In addition to her professional career, her personal life is also creating a great buzz in the tinsel town. So, let us find out about her dating life and boyfriend in today's section!!!!!

The member of Little Mix, Jade is in a steady relationship with her rocker boyfriend Jed Elliott. He is a member of English rock band, The Struts and has been part of the band since 2012.

The rocker, 27 and the Little Mix singer, 25 is seen spending a lot of time with each other. They also made secret music together in past.

Jed once stated that they created a lot of music together just for fun. Furthermore, they have no special plans to become the 21 century's John Lennon and Yoko Ono.

The couple was once asked about their future plans and releasing something officially. Jed explained,

"Maybe one day. As long as I'm playing guitar and she's still singing and we're cracking the harmonies out, then maybe one day."

The couple went public with their romance in the month of February in 2016. As per some sources, the couple met for the first time in August 2015.

The star celebrated her 24th birthday with her beau in Newcastle. The beautiful singer looked gorgeous in an oversized black t-shirt paired up with thigh-high boots.

Elliott revealed that he almost killed his girlfriend messing on a ride on water boat at Dollywood theme park. He explained that it was 'almost the end' for him and Jade after they approached to toppling off the water ride.

During an exclusive chat at Download Festival, he admitted,

"There was this one time I almost killed my girlfriend at Dollywood."

"Luke and I were – for anyone that doesn’t know Dollywood is Dolly Parton’s theme park – so we were there and on a double date with our girls. It was Jade, Luke’s girlfriend Laura and our tour manager and we were all riding on this little cart, like a floating mattress and we went round one of these corners."

Well, we are very happy that the lovely pair is together and amongst all of us.  Talking about their wonderful romance and relationship, Thirlwall said,

"I did have to chase him for a few months to get the end results but I'm not a quitter so I kept going and well a year later and here we are."

"I went to see him for the first time at a show and I was just mesmerized like a little schoolgirl."

Further, we are hoping to see the two getting married soon in the following days.

The star is a huge fan of the TV star RuPaul. She once shared a photo of herself with her 'inspiration' in RuPaul's DragCon in LA.

RuPaul is an American actor, host, singer, and TV personality who rose to fame in the year 2009.

pouring my heart out to Mama Ru ♥? this photo was taken by my boyfriend who had organised a surprise day out for me which we ended up missing because we spent too long at @rupaulsdragcon ?? I flew to LA for two nights to spend rare quality time together and he didn't moan once about me dragging (lol) him around for hours while making him take pictures of me fangirling all day. We all need a @jedstruts in our lives ♥? Ps I did wake up at 8am to watch the Arsenal game with him so we're kinda even ??

She was accompanied by Jed in the very event in May 2017. See what she stated on her Instagram post:

'Pouring my heart out to Mama Ru. This photo was taken by my boyfriend who had organized a surprise day out for which we ended up missing because we spent too long at @rupaulsdragcon.' 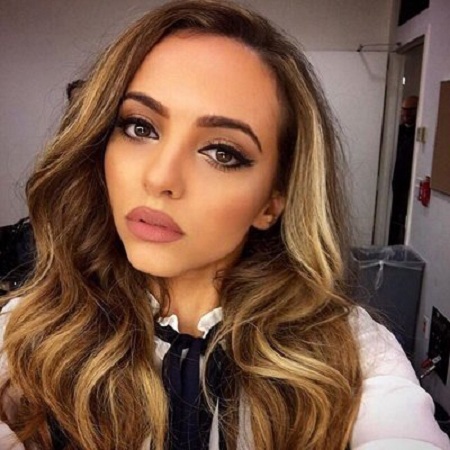