Home Article Jake Short Enjoying a good Relationship with his Girlfriend; The pair are Dating for 1-year

Jake Short Enjoying a good Relationship with his Girlfriend; The pair are Dating for 1-year

Jake Short Enjoying a good Relationship with his Girlfriend; The pair are Dating for 1-year and are still going strong

Actor Jake Short, who is famous for his roles in Nickelodeon and Disney series, is enjoying a wonderful relationship with his girlfriend of one year.

Even though Jake Short is still a teenager, we can assure you that his relationship with Alexxis Lemire is looking more mature then one could think it would be.

They started dating when both of them were teenagers, and earlier this year they celebrated their anniversary. Let's find out how are they able to keep their relationship despite all the odds.

He became famous for his roles in Nickelodeon and Disney channel's shows for which he even won numerous awards. He is renowned as it is for his work in many movies and all his lady fans are crazy for his over the top cute and innocent looking face.

But sadly for all, you girls out, Jake already has a girl in his life. Though Alexis is one year older than him, you know what they say, Age is nothing but a number. 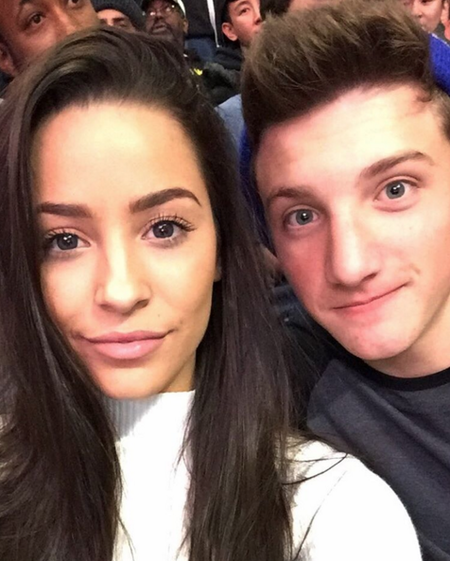 Jake and his girlfriend Alexis in an award function, They are dating since 2016
Source: J-14

They hang out together, share naughty moments together, and both of them act like a child when they are together. Maybe their childish behavior is what contributed to their everlasting love for each other.

Earlier this year, both of them celebrated 1-year of togetherness and shared glimpses of their love story on the social media. Whereas Jake showed affection by uploading a cute picture of them, his girlfriend did the same but with a lit caption.

Forever in love with this video. And you. Happy anniversary to my soup snake. @jakeshort It's official. It's been a year and man are you an angel for putting up with my crazy ass. I can't tell you enough how much I appreciate you and adore you. You make me a better person. You make me strive to be the best I can be at whatever I do. You support me in my dreams and passions and push me when I feel defeated. You are supportive, extremely talented and simply brilliant. We drive each other up the wall sometimes but I wouldn't have it any other way. You truly are my best friend. I love just laughing until our stomachs hurt about absolutely nothing and staring at you like a creep just because I can (you're so incredibly handsome). Thank you for showing me how a woman is supposed to be loved and treated. The way you look at me makes me melt. You are the peas to my carrotsthe jim to my Pam and the berries to my captain crunch. I love you peas Love, Bunny

About his past relationship, well, the young actor was previously linked to strings of young actresses. Before 2012, he was in a relationship with Piper Curda.

Then in 2012, he started going out with China Anne McClain. The pair dated for over a year before calling it quits. After China, he started dating Alexis, and as they say, the rest is history. 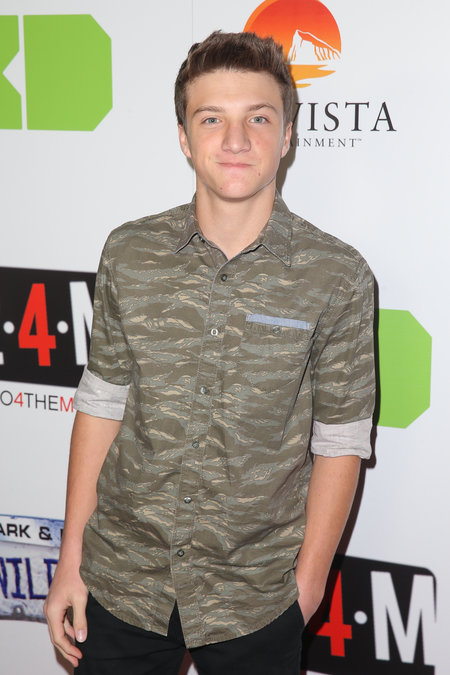