Is Jamie Foxx Married? Inside the Actor's Relationship History 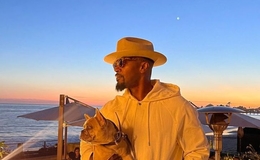 Best known for his roles in Redemption: The Stan Tookie Williams Story, Any Given Sunday, The Kingdom, Law Abiding Citizen, and finally, the Oscar-winning Ray, Jamie Foxx, has been a staple in entertainment history for over three decades. What makes the Oscar winner a distinctive celebrity in Hollywood is his equally successful career in music. Aside from his several accolades in acting, including a BAFTA, Screen Guild Award, and the coveted Critic Choice Award, Jamie is also a Grammy-winning musician.

Born Eric Marlon Bishop on December 13, 1967, in Terrell, Texas, he adopted the moniker Jamie Foxx during his early days as an open-mic comedian. He made his acting debut in the 1992 comedy Toys and rose to fame with his second film, Any Given Sunday, a whopping $100 million grosser. Foxx has since starred in a streak of blockbusters and given a number of award-winning albums. As for his personal life, fans know that the actor is a doting father to two daughters, but how much do we know about Foxx's love life, which has weirdly remained ambiguous throughout the years?

The Ray actor could be the poster boy for Hollywood's most discreet lover. As much as Fox loves a good woman by his side, the Oscar-winning also prefers their relationship to be out of the media's sight. The actor turned singer's love life gains attraction again after Jamie was recently spotted with a new mystery woman. Despite fans' acute curiosities about his love life, Jamie has always remained under the radar, except for the one time when he dated Tom Cruise's ex-wife, Katie Holmes. 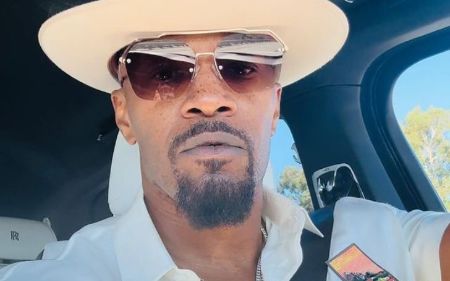 Foxx won an Oscar for his role in Ray. SOURCE: Instagram

Katie Holmes, who was famously married to Cruise from 2005 to 2012, sparked dating rumors with Foxx in 2014. Throughout their years-long relationship, Foxx and Katie were spotted on multiple romantic getaways, family meetups, and but only one red carpet appearance at the 2019 Met Gala- a month before their abrupt split. Called one of the most low-key A-lister couples, Jamie and Holmes were first linked in 2013. The rumor, wild at first and hovering as time went on, kept going as the twosome continued to date without any explanation. 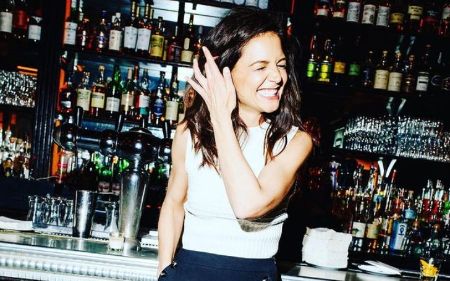 The former couple even sparked engagement rumors at one point when both Foxx and Katie were spotted donning what appeared to be wedding bands. But again, nothing was confirmed. The duo kept things so reticent that fans didn't hear the two gush about each other in their nearly six-year relationship. Foxx and Holmes' breakup speculation, in May 2019, came days after the Oscar winner was snapped holding hands with singer Sela Valve at a nightclub in Los Angeles.

The Grammy-winning singer dated actress Stacey Dash in 2010. The duo's romance came to light when the Texas-born hunk took Stacey to the 18th Annual Elton John AIDS Foundation Oscar Viewing Party and The Vanity Fair Oscar Party in West Hollywood. The duo's flame reportedly fizzled out within months. Jamie's earliest known relationship was with Connie Kline, with whom he shares his daughter, Corrine Foxx, 28.

Foxx and Holmes broke up after six years of dating in 2019!

Who Is Jamie Foxx Dating?

The Any Given Sunday actor is dating a mystery woman, but we know for a fact that she is blonde and seemingly young. The two were recently spotted getting cozy at Nobu in Malibu. Daily Mail shared snippets of the twosome hugging and getting affectionate after enjoying dinner with a group of friends at the celebrity's favorite restaurant. This is Jamie's second PDA-packed outing after his romantic totter on a yacht in the South of France earlier this year. 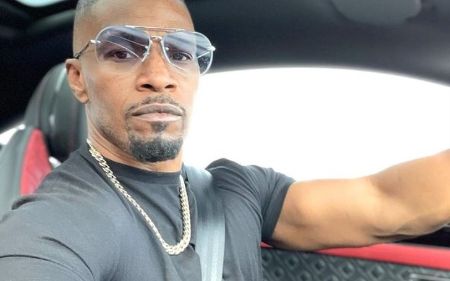 The 55-year-old actor appeared to be having a rather sensuous moment while kissing and cuddling up with, who appeared to be the same mysterious blondie on the boat. The actor was later spotted spinning with the unidentified woman on a jet ski. No matter what kind of romantic endeavors the actor is pursuing, be it a long-term, a fling, or even a night stand, Foxx has made it pretty clear that his chances of delving into marriage are slim to none. 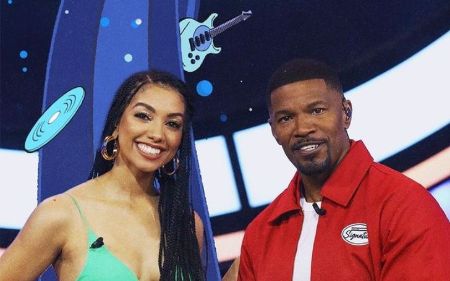 The Oscar winner shares a daughter with his ex-girlfriend Connie Kline. SOURCE: Instagram

"A lot of those marriages ended up not doing well as the kids got older," said the father of two. Foxx added, "unfortunately, we saw the kids get fractures from their families. [Our family], we actually came together more. So I don't know what that is, I just know that it is different but it's a whole lot of love." The Oscar winner further explains, "the 2.5 children, the wood paneling on the station wagon and the cottage, I don't think that's for me."