Home Article Katie Holmes' Boyfriends and Husbands Over the Years: Everything to Know

Katie Holmes' Boyfriends and Husbands Over the Years: Everything to Know 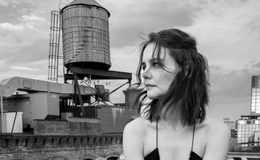 Inside Katie Holmes' romantic history: The Dawson's Creeks actress was once married to Tom Cruise: All details here!

An acclaimed actress and a director in progress, Katie Holmes is known for her roles in many blockbusters, including Thank You For Smoking, Batman Begins, Don't be Afraid of the Dark, and Brahms: The Boy II. The actress's television credentials are as commendable; Holmes landed her breakthrough playing her beloved character Joey Potter in Dawson's Creeks. Her other small-screen work includes The Kennedys, How I Met Your Mother and Ray Donovan.

For the last few years, Kate Noelle Holmes, 43, has widened her creative aspects. The ever-versatile actress had her directorial debut, All We Had, released in 2016- followed by her second directorial, Alone Together, in 2020. Holmes has also dabbled in producing and writing. Despite a fast-ascending career, Holmes's personal life and her marriage with a Hollywood giant have been much more interesting topics for the media. The actress is a single mother to one.

Katie has dated a few co-stars and some from other domains, but let's address the elephant in the story. Holmes became a household name with Dawson's Creeks, and the second time she gained nationwide media attention was when she married actor Tom Cruise. Holmes was still an up-and-coming name in the industry when she began dating the A-list actor in 2005. Their whirlwind romance ensued, with the duo getting engaged less than a year of romance and tying the knot on November 16, 2007. 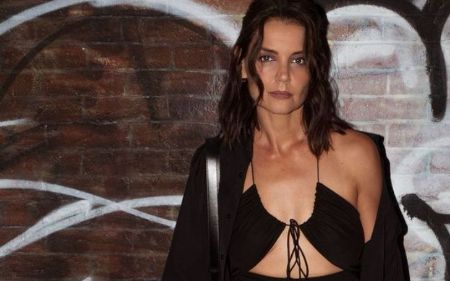 Holmes is best known for her role as Joey Potter in Dawson's Creeks. SOURCE: Instagram

The birth of Holmes and Cruise's daughter Suri preceded their luxurious wedding at the 15th-century Odescalchi Castle in Bracciano, Italy. The former power couple's wedding was a star-studded event attended by stars like Victoria Beckham, Jennifer Lopez, and John Travolta. The more you dig into Holmes and Cruise's marriage, the less you find there is to know. The pair kept their marital life on the low, and the next time they attracted considerable scrutiny was the time they had already given up on their marriage. 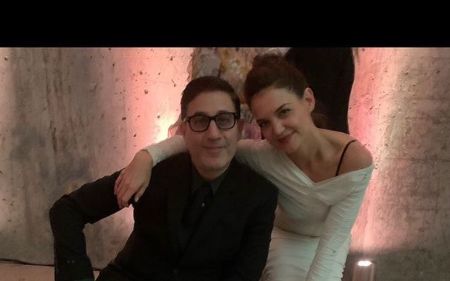 Holmes and Cruise went separate ways, with the All We Had actress filing for divorce from the Top Gun actor in June 2012. Several speculations have been made about the duo's divorce since then. Some blame Tom's intense association with the Scientology religion as the root cause of their split, while many believe their relationship just ran its course. The estranged duo's divorce was finalized in 2012, and Holmes was granted primary custody of their daughter.

Following her six years long marriage with Cruise, the Ice Storm star famously started dating singer Jamie Foxx in 2015. Katie and Foxx were linked in 2013, but according to some reports, a deal with her ex-husband allegedly refrained her from dating anyone publicly for five years. Katie and Foxx's romance ended in 2019. Holmes briefly dated chef Emilio Vitolo Jr. in 2020. The actress-turned-director had a few lesser-known affairs before love life became a limelight stealer after Tom. 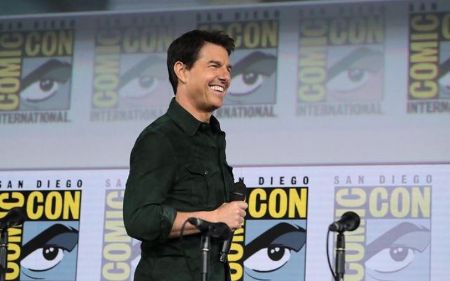 The Dawson's Creeks actress dated her co-star Joshua Jackson in the 1990s. Katie once called Jackson her first love. But as all first loves do, the duo's relationship, too, came to a halting stop in 1999. Katie started dating American Pie actor Chris Klein shortly after her split from Jackson. The duo remained low-profile during their three-year-long relationship and even two years after their engagement in 2003. Holmes and Klein called off their engagement in 2005.

Is Katie Holmes Dating Anyone?

Katie isn't much of a flexer. The mother of one lives a quiet life to keep media attention and their inundated interests away from her and her daughter's life. The All We Had actress has so far adhered to the low-key lifestyle, but Katie might be adjusting to coming out of her shells a bit. For the last few months, Holmes has been in a relatively more open relationship with musician Bobby Wooten III. 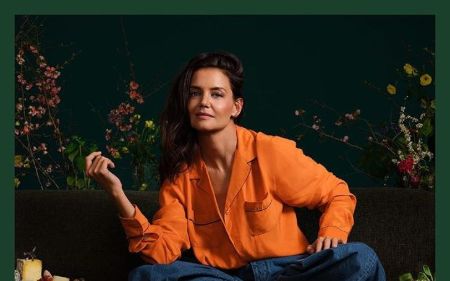 Unlike her previous flames, with whom Katie would rarely make public appearances, Wooten has been accompanying the actress to some major events. The duo's romance rumour hit the headlines earlier this year when Katie and Wooten were spotted making out in April. A source later disclosed that the two have been "an item" for a while. The new love birds made their official appearance at The Moth’s 25th-anniversary gala in May 2022 and have since gone on to make plenty more.

Katie and Bobby made their official appearance in May!

Holmes and her musician boyfriend have reached a level in their relationship where the actress has also introduced her 16-year-old daughter to Wooten. "He is getting to know her family. Katie is having a great time with Bobby. He is very kind and happy. He makes her laugh," a source said about the budding couple. The pair's recent public appearance came at the Paris Fashion Week in September.