Home Article Jessica Robertson is Living a Blissful Married life with Husband Jules Robertson; Know about her Past affairs and Relationship

Jessica Robertson is Living a Blissful Married life with Husband Jules Robertson; Know about her Past affairs and Relationship

Jessica Robertson got Married to her Boyfriend at a young age; Is the pair still together?

Gorgeous Jessica Robertson has been married to Duck Dynasty star, Jules Robertson since 2001 and the couple shares five children together.

Jessica surely has a beautiful family but life was always not grateful to her. She previous marriage created a lot of stir in her life. So, what actually happened in her past life? How is her current relationship with her husband and children? We have all the details here!!!!

Jessica and Jules had their first encounter in March 2001 in a local salon. Both of them were attracted to each other since the beginning.

At first, they were good friends but the friendship later turned into a beautiful love story. The couple started dating but their journey wasn't all butterflies and angels.

Jep's father, Phil Robertson, who follows Christianity by heart didn't allow him to go out with a lady who was previously married and divorced. 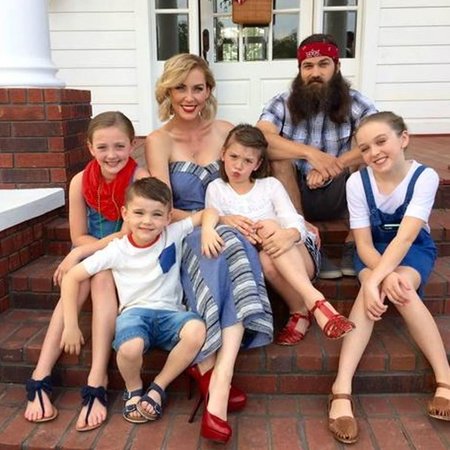 Jessica Robertson and her husband along with their three children
Source: Pinterest

Later it all went well for the pair as the family accepted their union. Before marrying, the family baptized Jessica and they exchanged vows in a beautiful ceremony in 2001.

They adopted Jules in the month of January 2016. When Jessica was not able to give birth anymore due to her health condition the duo adopted their fifth child Jules nickname, Gus. The proud father shared the news on the twitter.

Thanks for the love! This has been a crazy, awesome ride but so worth it! Me and Gus signing out! #JepAndJessica pic.twitter.com/ps0MMcLdGJ

The proud mother also shared her excited one of her interviews:

"It's like such a surreal moment, to finally have him in our arms, "We waited so long and wanted to happen for so many years, so to actually have him and hold him and know that he's ours and we're his forever family, we're excited."

The family of seven is living a beautiful life together.

Her current marriage may seem like a match made in heaven and she is quite lucky in the aspect of marriage. Well, it's the other way around.

Jessica's was previously married when she was only in her teen. Their relationship started after she suffered heartbreak from her high school boyfriend.

Then after some time, the pastor asked Jessica to marry him and without properly thinking she said yes. Speaking about her foolish decision, she said in an interview,

"I also started to feel that I should be in love with him even though I wasn't in love with him. Everyone said I was the luckiest girl in the world to have snagged him."

But as she wasn't in love with him, the pair instantly fell out and divorced each other after one year of marriage. It was a tough time for her and then to calm herself she got involved with her high school friends.

All of them were into drugs, smoking, and drinking. She also felt in the same trap before she met Jep. And as they say, the rest is history. 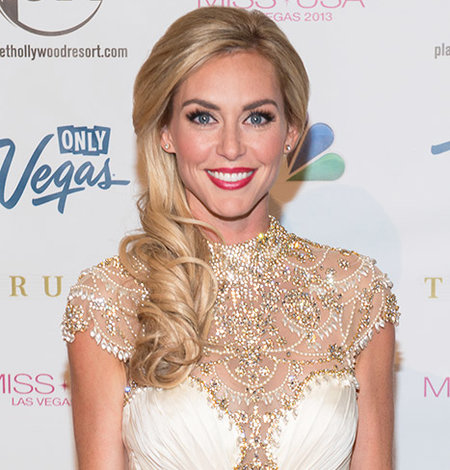