Home Article Jo Koy Has A Great Net Worth. Know More About His Income Sources, Net Worth, and Career

Jo Koy Has A Great Net Worth. Know More About His Income Sources, Net Worth, and Career 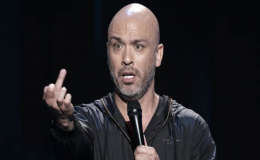 Making others laugh is one of the most difficult jobs in the world. However, Joseph Glenn Herbert aka Jo Koy is doing this difficult job very sucessfully more many years and earning a good amount as well.

The Half Filipino and half European-American Stand-up comedian Jo Koy net-worth is reported to be $1.5 million. Let's find out in detail about his net worth, including income and salary.

Jo Koy, a native of Washington moved to Las Vegas with his family to help ailing grandmother. He was raised by a single mother Josie Harrison and faced financial difficulty in his childhood.

Time flies when you’re joking around with Mom. Watch how she reacts when I tell her she’s sitting in the balcony. (Tag Moms)

Jo Koy, however, pursued his interest in comedy instead of joining traditional jobs that provide financial stability. He was able to do so because his family always supported him and encouraged him to pursue his dreams. With support from family, he started testing his comedic chops on coffee houses and bars.

Jo Koy, after gaining positive responses from his audiences, started doing stand up comedy in comedy clubs. Soon, he was booked by the show Catch a Rising Star to perform at the MGM Grand Hotel and Casino. However, his real success story began when he was spotted by a talent coordinator from Los Angeles and provided the opportunity to appear on BET's Comic View.

Jo Koy Made a Name for Himself in Hollywood

Jo Koy moved to Los Angeles and started performing in Comic View. His comedic timing was highly liked, and soon he started getting the opportunity to star in TV stand-up specials like Jamie Foxx Presents: Laffapalooza! and The Tonight Show with Jay Leno.

Jo Koy, in addition to sporadic stand-up appearance, became a regular guest at Chelsea Handler’s roundtable discussion on E!'s Chelsea Lately. He appeared on over 100 episodes of that show.

Jo Koy with rising popularity started doing comedy specials. His first two comedy specials Don’t Make Him Angry and Lights Out were aired on Comedy Central, and both of them were highly rated.

The comedian third Special Jo Koy: Live from Seattle was released on March 28, 2017, on Netflix. His fourth special Jo Koy: Comin' In Hot premiered on June 12, 2019, again at Netflix. Take a Look at the promo of that special.

The comedians, in general, makes $22.71 per hour and can make roughly $30,000 or more annually. However, Netflix is known to pay more than average to its comedian. For example, Jerry Seinfield was paid $100 million for its hit series, Comedians in Cars Getting Coffee. So, it is safe to assume that he must have earned a six-figure salary from his Netflix special.

Jo Koy is Making Good Use of His Riches

Jo Koy, instead of spending money on other luxurious cars, chose to buy environment-friendly Tesla Model X, which ranges from $132,000 -$144,000.

Jo Koy furthermore is a loving son who remembers the hard life his mother lived to raise them, so he likes to support them financially. In 2017, he gifted his mother a 2017 Buick Enclave car which is worth $40,000. 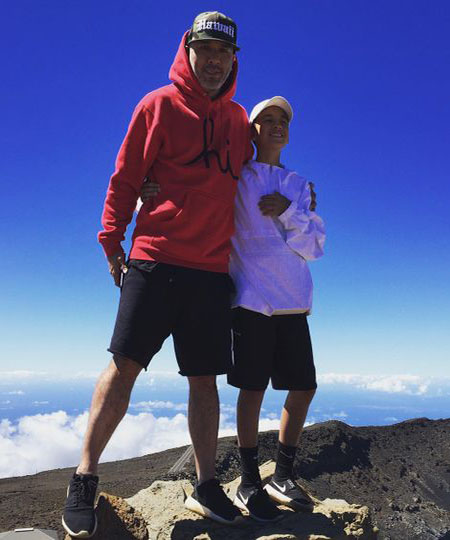